Like the original, GSB2 is a 2D top-down space strategy game based on the idea of hands-off battles between huge armadas of player-design spaceships. GSB 1 sold over 150,000 copies on PC and continues to be popular with gamers, especially through the extensive mod scene and it’s innovative online asynchronous ‘challenge’ battles.

GSB2 uses an entirely re-written custom engine, vastly better visual effects, a much-improved GUI, and will feature steam achievements, mod support and some very sexy undisclosed new features. The game is especially targeting gamers with multiple monitor setups who enjoy ridiculously over the top space battles, but the engine should comfortable scale down to much older PC’s too. The aim is to replicate all of the OTT silliness of sci-fi movie user-interfaces.

There is an early website for the game here: http://www.gratuitousspacebattles2.com. And updates are being posted in the developer blog at www.cliffski.com and also at the games official forums at http://positech.co.uk/forums/phpBB3/viewforum.php?f=43 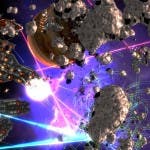 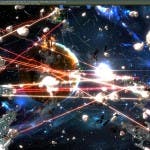 The release date for the game is ‘probably 2014, possibly early 2015. We have not yet decided whether to have a pre-order beta system but this is a strong possibility. The game will be available on PC, Linux and Mac. The engine is custom-written by the developer for this game.