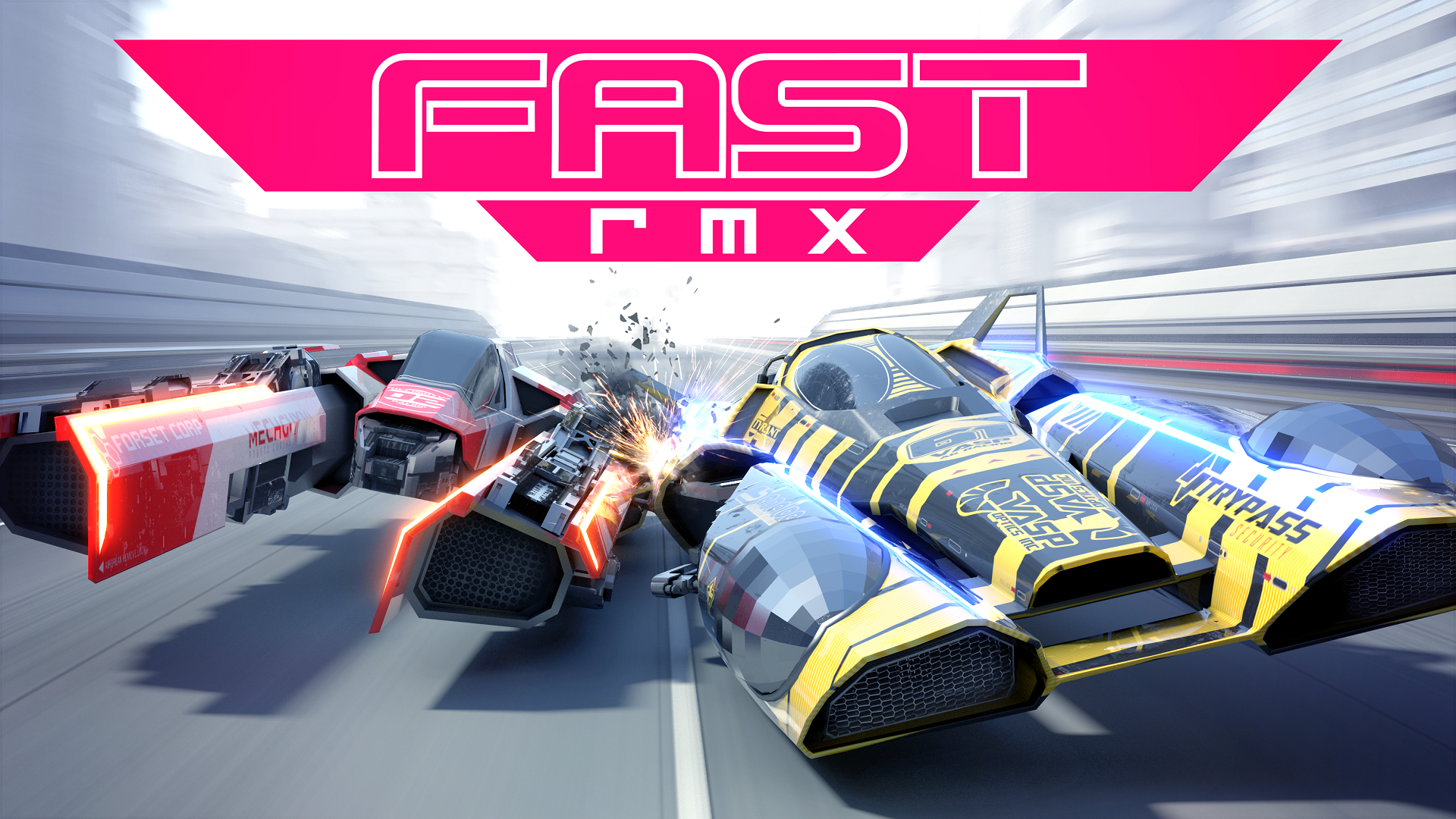 Fast RMX serves as a remix and expanded version of Fast Racing NEO that only appeared on the Wii U. It is also a follow-up to Fast Racing League before that on the Wii. What this means, is that Fast RMX is the best version of the game to date where it looks and plays great no matter how you like to do so; whether it be in tabletop mode, handheld mode, or using your joycon grip while the console is docked. Fast RMX is an anti-gravity racing game reminiscent of games like WipEout or F-Zero, but faster and more diverse in terms of track variety and even vehicle selection. There’s fifteen vehicles that have varying stats across top speed, acceleration, and boost. There’s significant differences between them, but it takes some trial and error to see what works for you. You’ll have plenty of time and chances to learn them across the thirty tracks included across the 10 championship cups in the game.

What makes Fast RMX a standout compared to Mario Kart 8 or other racers on Nintendo platforms is its “phase switching”, a system similar to something like Ikaruga, but not quite. When going over boost pads, to gain the benefits, you must switch to the appropriate color, yellow or blue. If you are opposite of the color, you will slow down and it’ll have the inverse effect. This sounds easy on paper, but when you’re going 300-400mph on the track at any given time, those button presses require ultra-quick reflexes to reap the benefits of. Along the way you can collect yellow-blue orbs to charge up your boost, and use it at-will. Fast RMX lives up to its name, because it is a fast game – almost too fast. The tracks in the game are highly detailed, but you’re often whizzing by so fast you can’t appreciate the detail that went into all of it. There are some great looking tracks at different times of day and weather conditions that make each place unique. Aside from the fact that Fast RMX runs at 60fps in 1080p at all times, is the incredible usage of the HD rumble. It really feels like you’re scraping against walls and ground when turning or jumping. The HD rumble has a great feel when playing. There’s some extra camera modes I didn’t know about, because the first one started out too tight, but then being able to zoom it out makes it feel better to play, and gives you better track awareness overall.

Multiplayer is a mode that Shin’en has put a lot of work into. Locally, you can play with up to three other players and online with seven others. It supports all methods of play, and maintains an incredible framerate throughout. There’s a mode I wasn’t expecting to become available, and that was Hero Mode that plays the most like F-Zero. Here, you must always place first and it makes it so your boost energy is also your shield energy. Boost pads also refill your energy. This is a much harder way to play FAST RMX, more so than the core game is on its own. So this becomes a mode to play when you’ve maxed out the normal mode and need to find something more challenging.

Fast RMX was a launch game on the eShop, and I couldn’t imagine a better companion for the Nintendo Switch this. Shin’en has created a really great racer that pays homage to games that came before it while also doing new things and blazing a new path for a series that stands all on its own. Fast RMX is a racing game that doesn’t know what a brake is, and with upcoming content coming to the game, there’s no better time to buy in.

A Nintendo Switch code was provided by the publisher for review purposes.