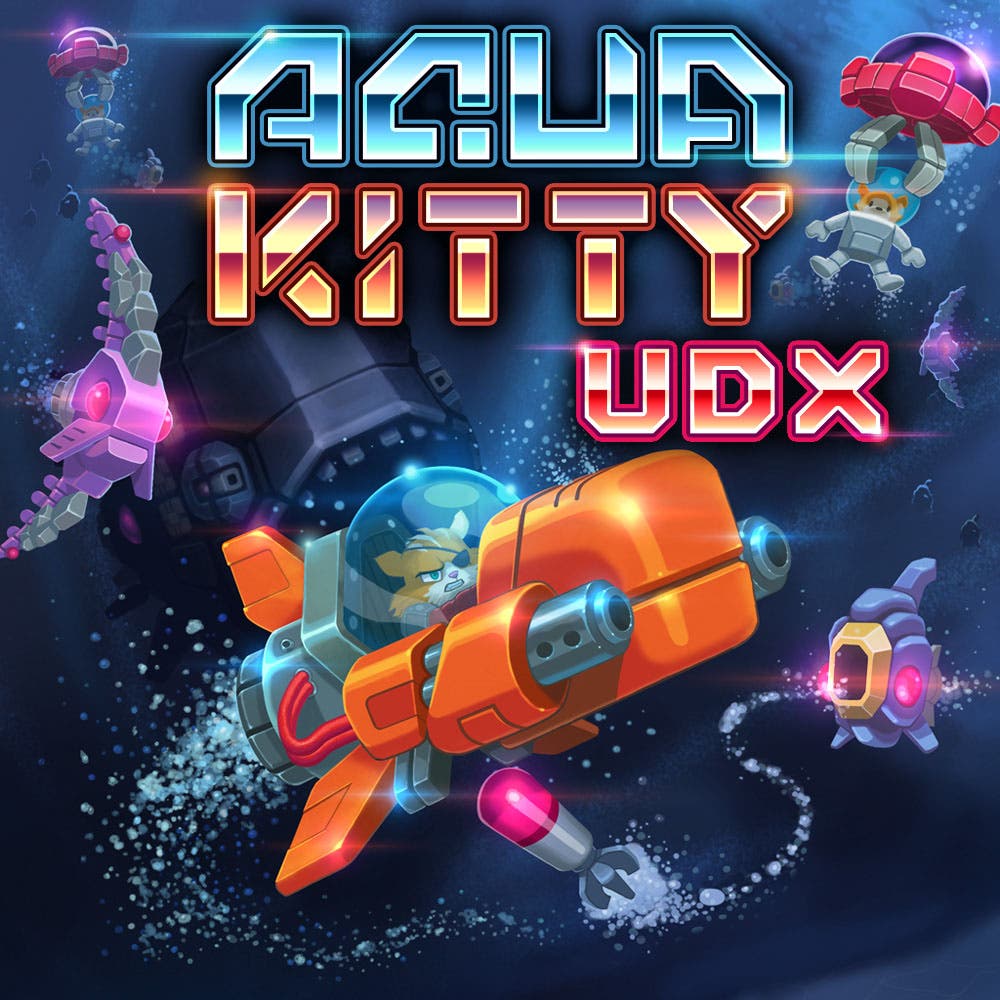 Tikipod Ltd’s Aqua Kitty – Milk Mine Defender has seen many iterations and improvements as it has been released on other consoles. With Aqua Kitty UDX on the Nintendo Switch, it is largely unchanged from the Xbox One version, and dare I say perfected. Aqua Kitty blends Defender, Gradius, and Uridium in interesting and fresh ways that makes ownership of this title on any platform a rare treat, but the Switch benefits most from this release. 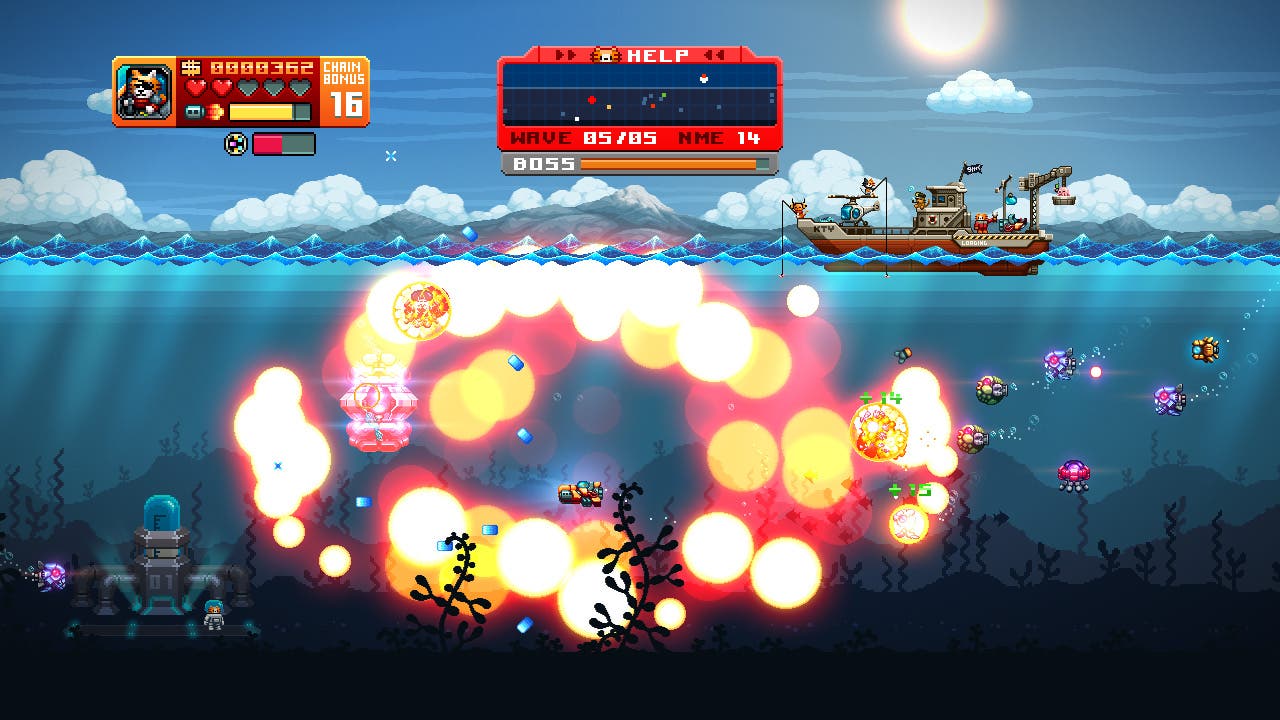 Cats have a natural aversion to water, this we know. But what if the cats had to overcome that? When the world’s milk supply is running low, it must then be mined from the depths ocean all the way down to the Meowiana Trench. These factors then introduce enemies who wish to stop the mining from happening, and will capture all kittens and stop you at any cost with a myriad of enemies of different speeds and capabilities. Aqua Kitty UDX is not an easy game, but there are difficulty toggles for Easy and Normal. In the Classic mode, you are defending the mining operations and kittens can be taken from their milk derricks. You can save them with well-placed shots or upgrades to reach higher areas that you can’t normally shoot towards. I found it nearly impossible to move on from levels until I absolutely made sure each kitten was safe.

Playing Aqua Kitty UDX can be done one of three ways. The first, is in the traditional Classic Mode, where the game resembles Defender. Then there’s the Arcade Mode which is most like Gradius. And finally, the assault on massive submarines is Dreadnought is like Uridium. All modes have Defender at the core, but the other modes introduce another twist on the gameplay. An early unlock in Normal and Arcade mode is Infinite Espresso. This is a survival mode without any kittens to save. In Classic Mode, the the game will open up two levels at a time, which gives you a bi-linear choice in progression, especially if one level is tougher over another. 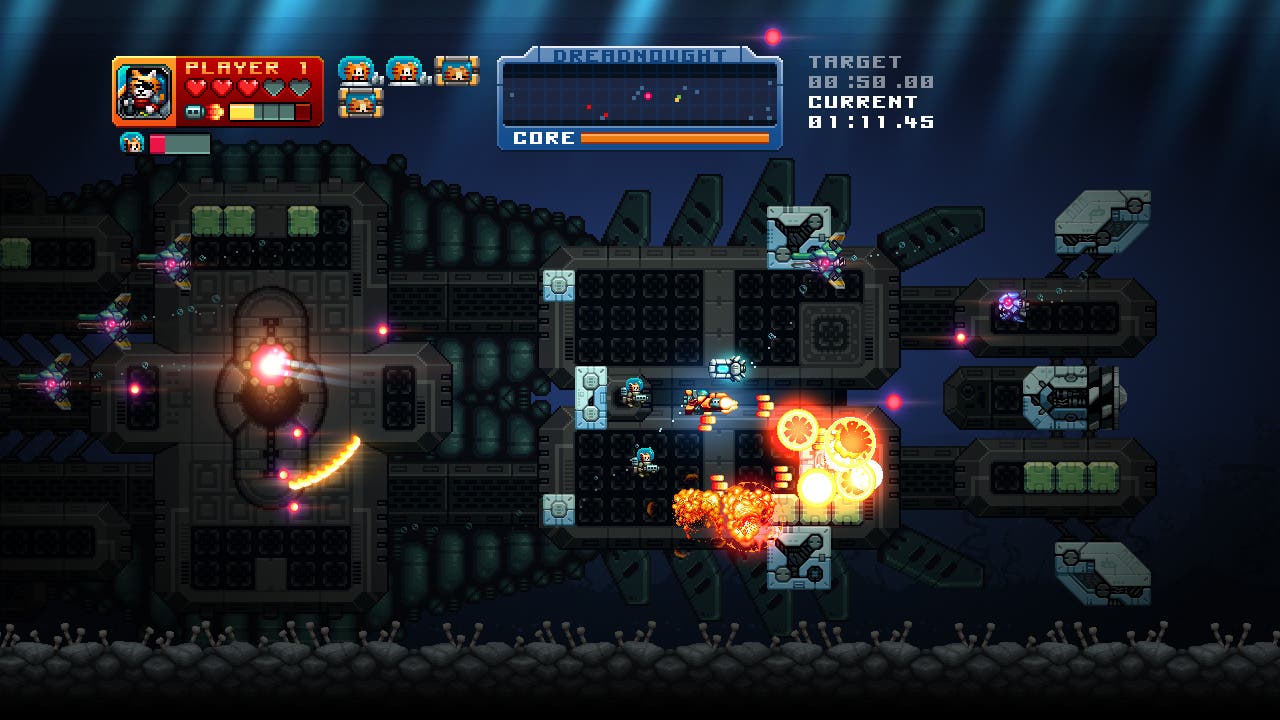 The original PC release was really impressive, and then the PS4 version came along. In a lot of ways this is my favorite version because of the way certain sound effects would come out of the DualShock 4 controller speaker. However, despite the impressive audio mix on PS4, the Xbox One version added a new mode that made it all worth it, Dreadnought. This is that game, now with the portability and scalability of the Nintendo Switch.

Aqua Kitty UDX lets you fire a normal shot, or a turbo shot that does more damage, but you will expend its energy pool, and have to wait for it to recharge to use it again. Much like Defender, you can rotate your ship left and right. This has significance in changing the direction in which you’re shooting (as by default you shoot from the front of your ship). Pickups can add additional fighters or shooting angles. Your ship will also move faster if you’re facing the same direction you want to move, and mastering these controls is imperative to success. I found it strategic to face one direction while pulling the stick in the opposite, I don’t move as fast but essentially able to fire “behind” me. 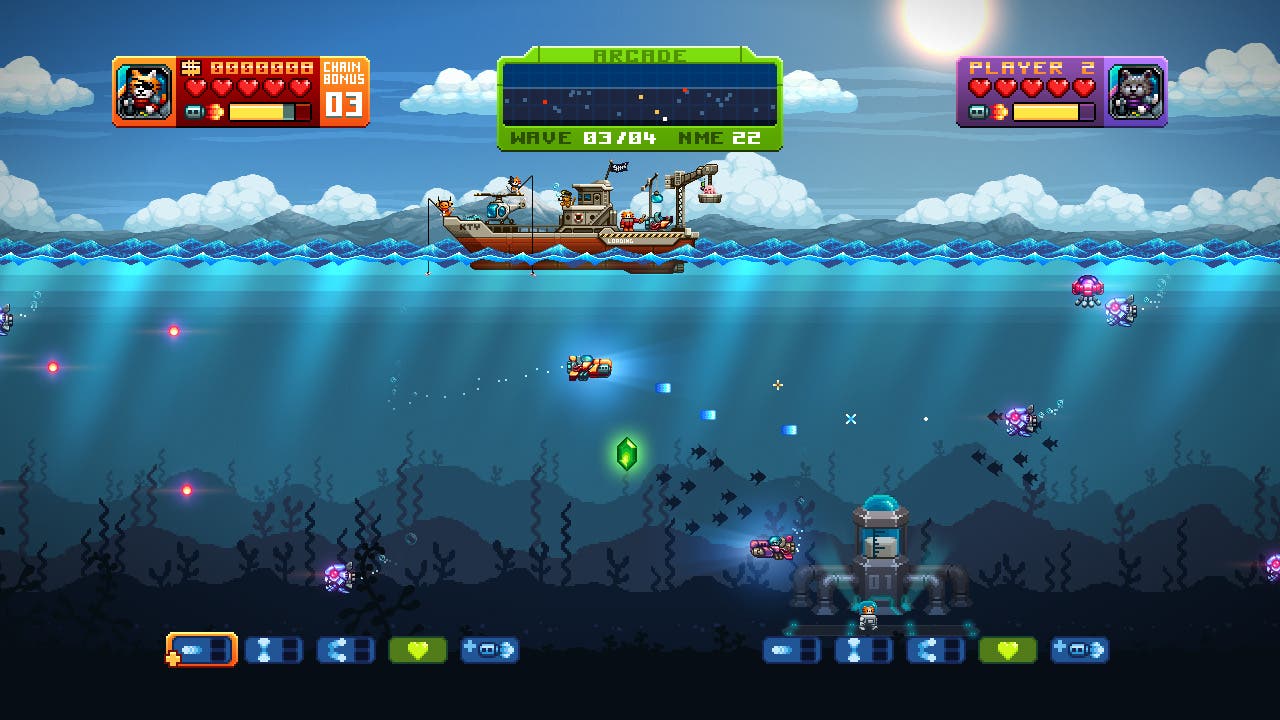 Aqua Kitty UDX for Nintendo Switch is really special. Playing the game in handheld mode is perfect for commutes, travel, or laying in bed or on the couch. Docking it recreates the console or PC experience in great detail. Tikipod’s latest iteration of Aqua Kitty performs wonderfully, and is deserving of your time and attention. Aqua Kitty UDX is near perfection, and it blends classic arcade games with a freshness and feline sensibilities not seen elsewhere.