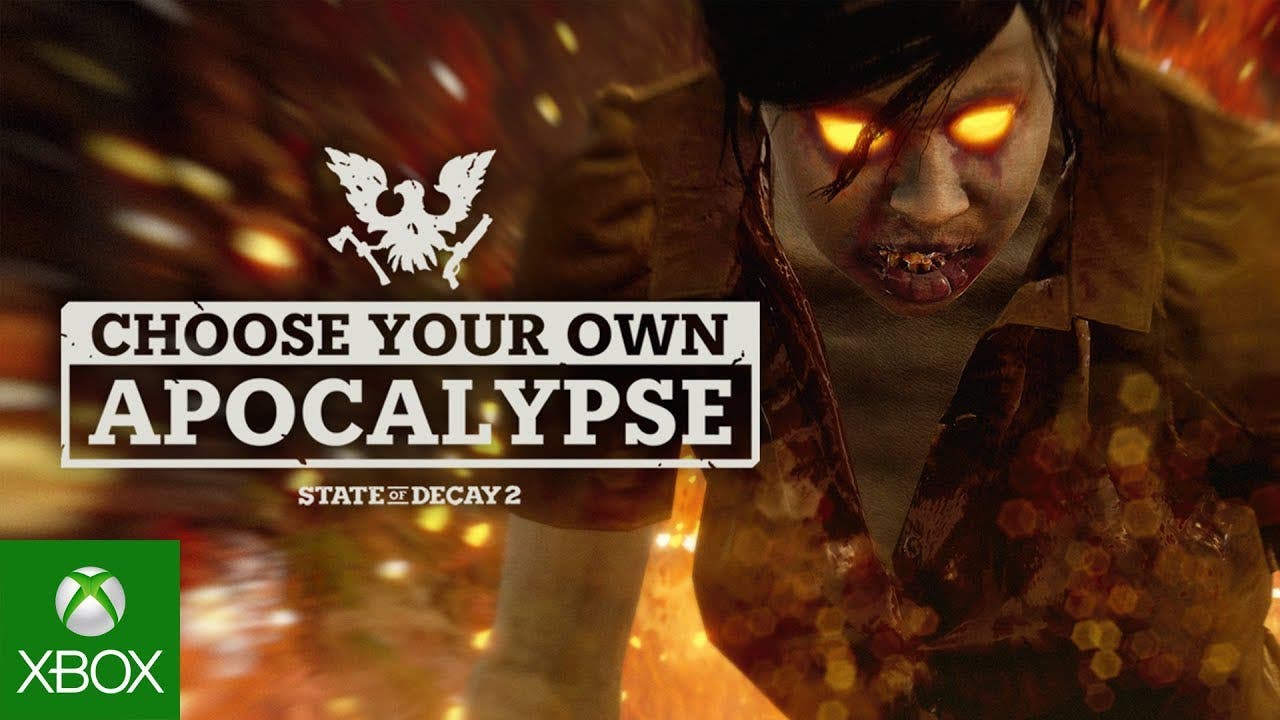 Starting today, the ever-growing State of Decay 2 community can take the ultimate zombie survival game to its deadliest level with the launch of the Choose Your Own Apocalypse Update. This update introduces the Dread Zones and Nightmare Zones as two new difficulty modes that challenge players with deadlier zombies, more aggressive and resilient humans, a faster-acting blood plague and fewer resources to scavenge. Along with these two new modes are 16 new Achievements for 275 additional Gamerscore.

Available at no cost for all owners of State of Decay 2 and Xbox Game Pass members, the Choose Your Own Apocalypse Update presents more options for players to define what it means to survive. New players can start their community in Standard Zones (the game’s base difficulty level), and Dread Zones are great place for players who want a challenge with additions like armored zombies, more hordes and a faster acting blood plague infection (from about 3 hours to just about 30 minutes). Nightmare Zones are intended for hardcore players who are ready to test themselves against freak packs like screamer choirs and bloater pods along with NPCs who can headshot you right back.

Earlier this month we gave a sneak peek at what to expect with the Choose Your Own Apocalypse Update, and we’re excited to additionally share that based on community feedback, you can now choose your map when establishing a new community. The team has also continued to make other improvements to the core game based on feedback, which includes an all-new Character Manager, larger loot drops at plague hearts and more. The full list of patch notes is available at stateofdecay.com.

To celebrate the launch of the Choose Your Own Apocalypse Update, we’re also running a MixPot giveaway at mixer.com/undeadlabs from March 26 at 9:00 a.m. PDT until April 2 at 11:59 p.m. PDT.  Viewers who are logged into Mixer and watching the official Undead Labs Mixer channel will be automatically entered to win all five of the pre-order content packs.

With today’s update, now is the perfect time for new and existing fans to jump into the apocalypse. For those new to State of Decay 2, get started with Xbox Game Pass (whether as a current member or by joining today and get your first month for $1), or by purchasing either the Standard Edition or the Ultimate Edition. We’re excited for players to enjoy today’s release and look forward to continuing supporting the State of Decay 2 community with content like the upcoming return to Trumbull Valley later this year.

Until then, you can Choose Your Own Apocalypse and answer the question: how will you survive?