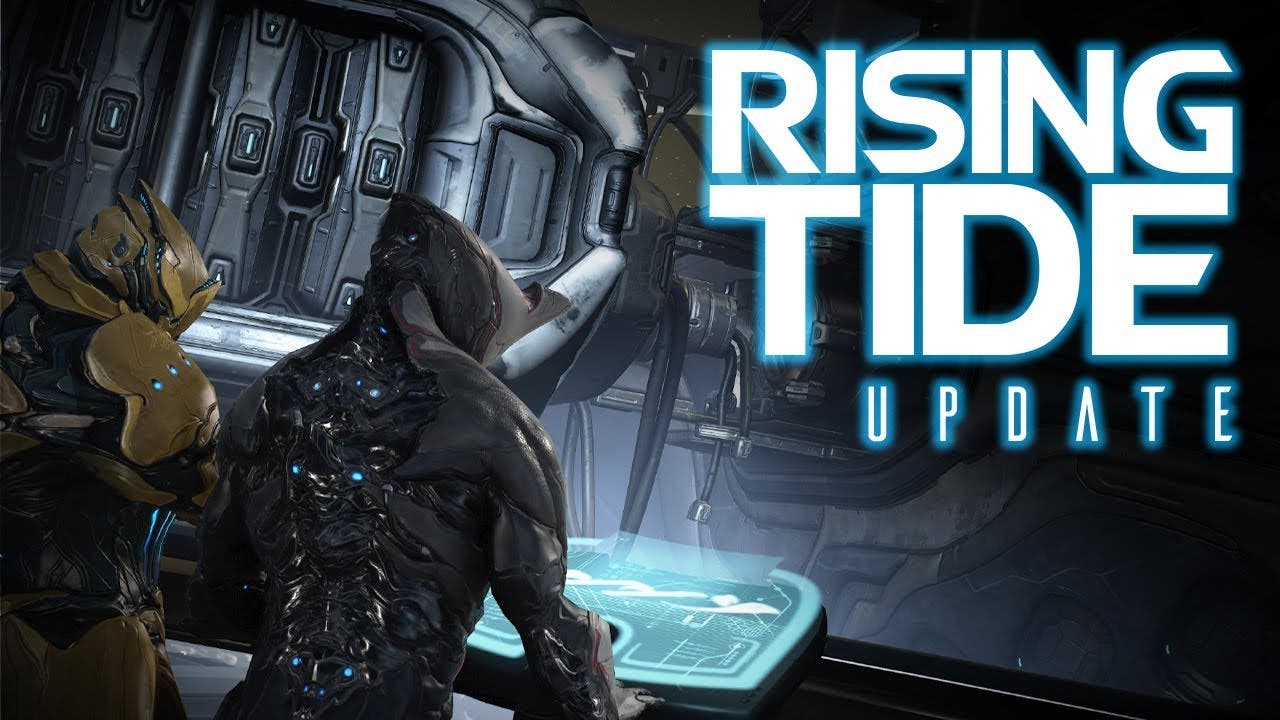 Warframe “Rising Tide” update is coming soon to PC, setting the stage for the “Empyrean” launch

LONDON, ON – November 21, 2019 – Tenno, the Origin System is in peril. With the Grineer fleet growing and whispers of a Sentient invasion intensifying, the only hope to combat these forces lies in an ancient relic powerful enough to turn the tide: the Railjack. In Canadian developer and publisher Digital Extremes’ newest Warframe® Rising Tide update, coming soon to PC, Tenno will embark on an epic quest to ready their personal Railjack battleship for harrowing, cooperative space combat when Empyrean launches later this year.

Work with your clan members — or as a clan of one — to build the Dry Dock, an all-in-one workshop and garage for the Railjack. After the Dry Dock is assembled, Tenno will be tasked with recruiting the reluctant help of A.I., Cephalon Cy, to scour the Origin System for lost Railjack technology to construct the ultimate battleship. And once Empyrean launches, the Railjack can be customized in between missions with new weapons, parts and mods.

This update also features the first steps to the Liset that will prepare it for Empyrean. The Rising Tide update will overhaul select visual aspects of your personal landing craft, adding in updated machines, enhanced lighting, and even a new “moonroof”, perfect for basking in the majesty of Origin System starlight.

An assortment of new weapons, armor and cosmetics also will be available in the Rising Tide update starting with the Cumulus Collection, an ethereal assortment of weapons, armor and cosmetics. Additionally new Equinox Antonym Collection offers Warframe‘s master of day and night a new Antonym Skin that transforms when Equinox shifts forms, as well Equinox’s signature Circadian Syandana and signature Astreos Sword and Shield Skin.

Building the Dry Dock and Railjack can be accomplished using resources obtained for free in-game. The Cumulus Collection and Equinox Antonym Collection can be obtained through the Warframe Marketplace.

Warframe‘s Rising Tide update will be available soon on PC. Look for the console versions in the future.