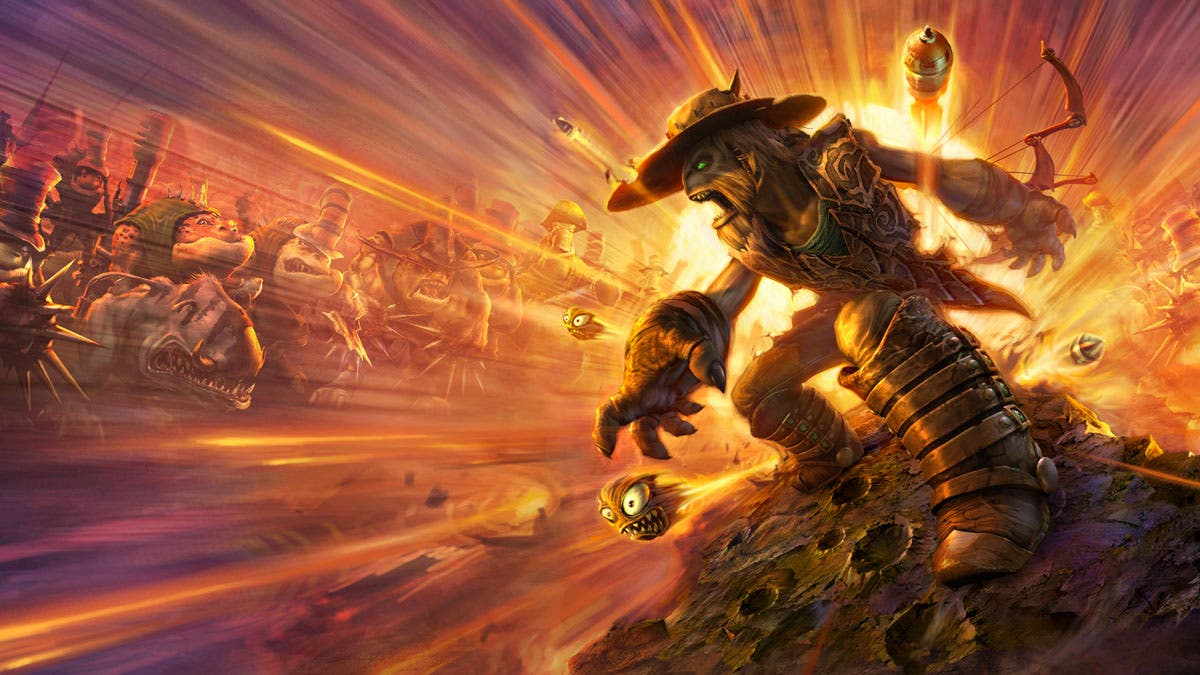 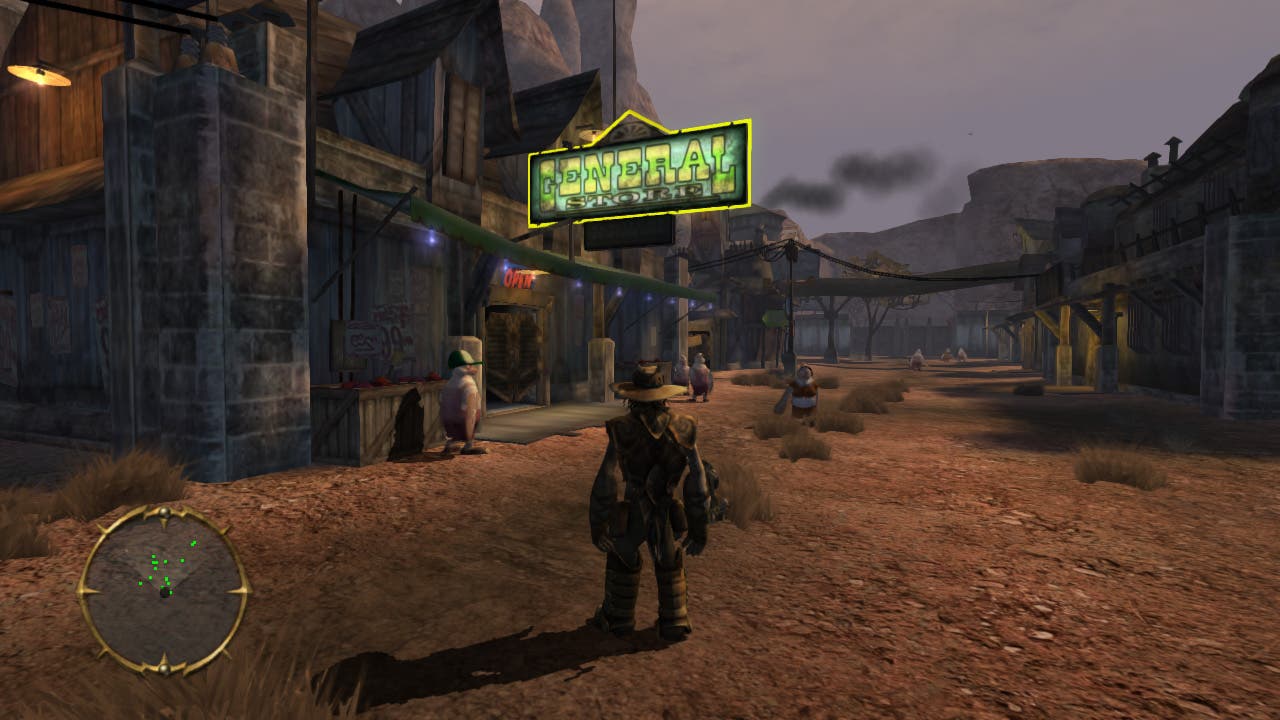 If you’re new to the game, Stranger’s Wrath centers on a character simply named “Stranger,” a caricature of old west bounty hunters whose dialog clearly draws inspiration from the likes of Sam Elliot, making a living for himself by taking down pesky bandits and ne’er do wells to earn his living. The stakes for Stranger increase pretty rapidly, and as he takes on bounties of increasing notoriety, he finds himself embroiled in a conflict he didn’t expect. The game’s story is surprisingly well-woven, with some solid twists and compelling plot developments, which help to further drive you through the game as you progress.

Game play feels both like a throwback to an older era of games, and a still-fresh set of concepts that I’ve not seen recreated or reused elsewhere, at least not to the level of effectiveness here. Movement through the world is fairly “standard” action-adventure fare from the era. You run, you jump, double jump, climb, all of that good stuff. Movement feels admittedly a little sluggish by today’s standards, but it’s easy to adjust to. While Stranger can melee attack foes, the real emphasis is on trapping and capturing them, using a wide, amusing variety of outlandish “ammunition” types gathered around the world and launched from his dual-loaded crossbow.

Of course, this is Oddworld, so the ammunition isn’t your traditional fare; all of Stranger’s arsenal is made up of small living creatures he finds and apparently has intimate familiarity with. Chippunks attract single enemies to their area of annoyance, Bolamites temporarily wrap up baddies in webbing for easy capture, Fuzzles act as both traps or active rounds that can incapacitate and damage a hostile, and the versatile Zappflies can paralyze enemies and ammunition creatures alike (crucial for capturing more of them), as well as activate certain switches requiring electrical power. There are several more to choose from and swap out at will, giving you plenty of flexibility in how you approach a given situation to clean up an area. 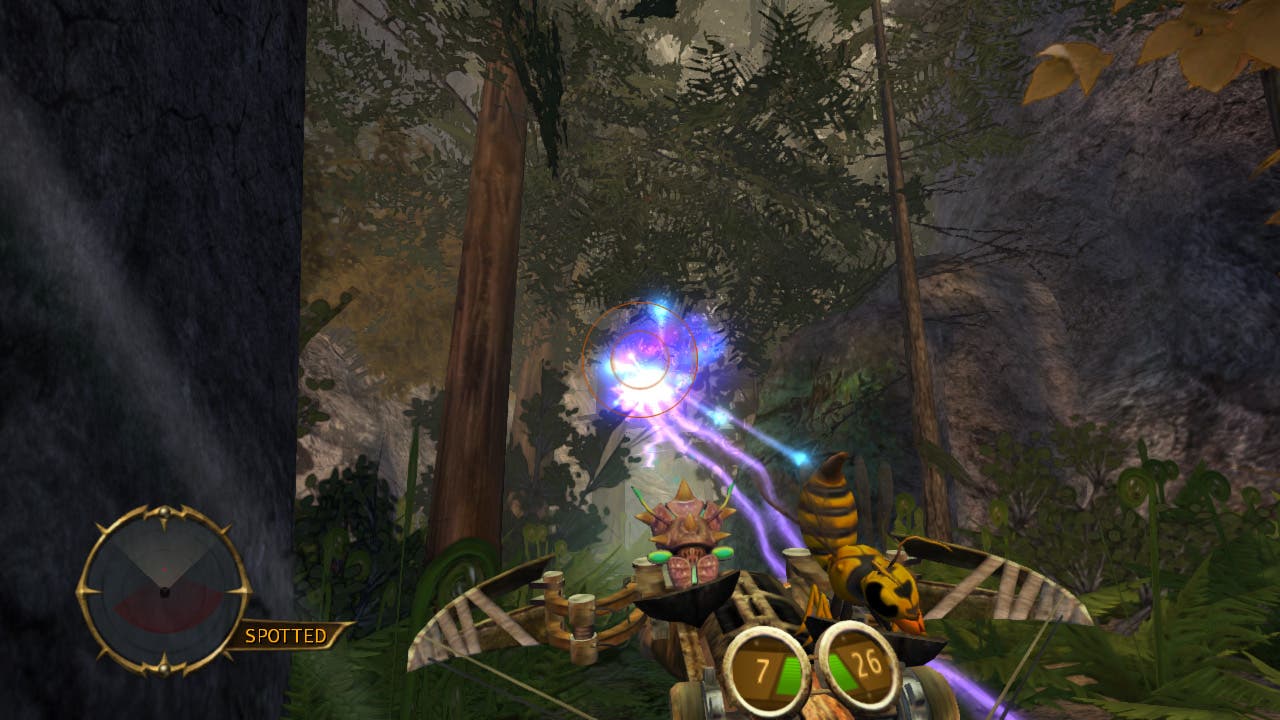 Enemies are worth more cash when captured alive rather than dead, but its up to your discretion just how merciful you want to be. Areas are laid out in such a way so that there are plenty of hiding spots, and you can creep around and set up captures with relative ease. Even when you get spotted, it’s not terribly difficult to drop back into some tall grass to take cover and regroup, lose the enemies’ sight lines, and try a new approach. At first the slower pace of the game was a little frustrating compared to what I’m used to, but I quickly learned to appreciate the fairly laid-back nature of the game and not feeling the pressure of high-intensity situations I’m otherwise used to. This is a game that, despite giving you the ability to “shoot” things, wants you to be deliberate and take your time as you play. Truth be told, considering how much pressure most games put on you to keep your engagement level high, this is a welcome reprieve.

Turning in bounties at the end of each “mission” nets you cash which you can spend on upgrades, so you can hold more creatures in your bags or look further into the distance with binoculars, and ultimately increase your overall effectiveness in the field. The degree of challenge does ramp up as you make your way through the game, requiring you to think more critically about some situations rather than just running around shooting bandits with Bolamites at point blank range (which is certainly an option), but all of this is in service of making you a more seasoned hunter. 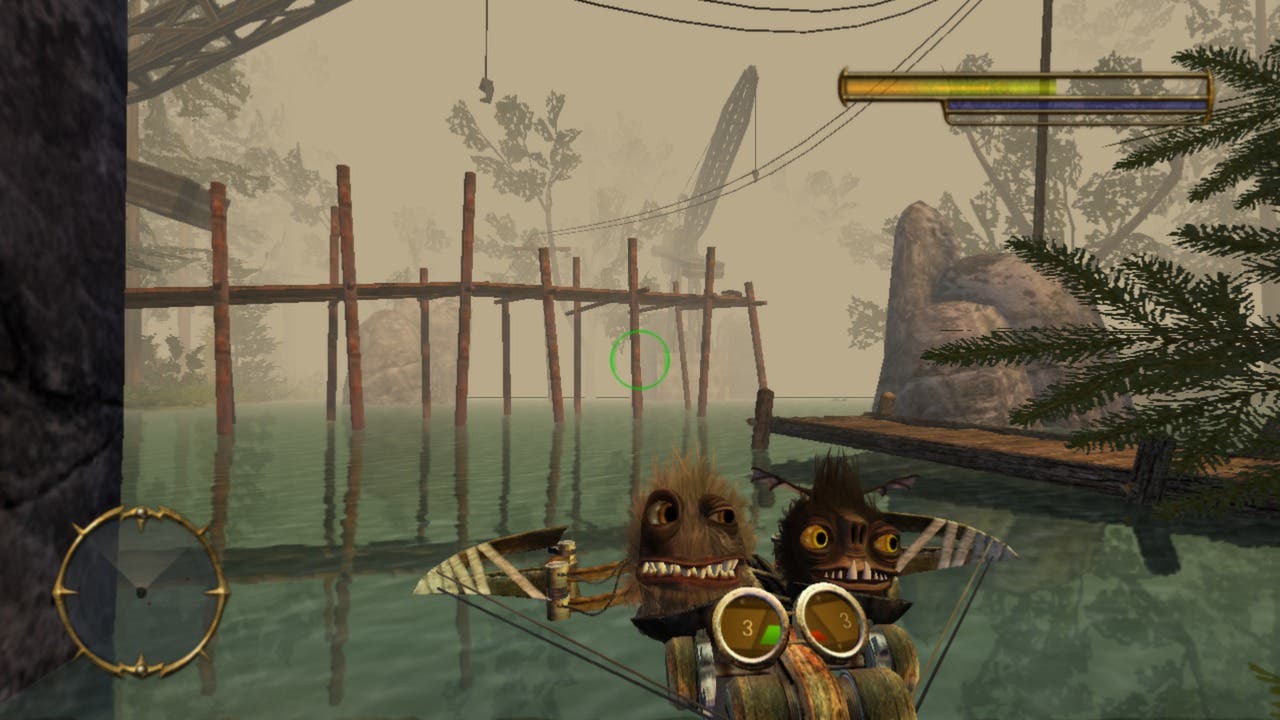 So there’s no question about whether the game is fun to play, and it runs like a dream on the Switch; 60 frames per second and crisp textures make this remaster feel like it was practically made for the platform. The menus are a little cumbersome, but that’s to be expected when talking about a game born in the era of wacky, overly-detailed but not particularly usable interfaces. I really only have one major sticking point with Stranger’s Wrath, and that is its camera. For as well as the game play and the rest of the controls have withstood the test of time, the camera is a near constant source of frustration for me. The panning feels all wrong, and its range is fairly limited, in most cases preventing you from swinging around to the front of Stranger and making it extremely difficult to get a good look at things in front of and especially below your field of view, which ends up being an issue fairly often given that many level/area designs incorporate elements of Stranger descending into a new space. Not being able to easily look at platforms ahead of you when making your way downward is consistently frustrating, and something I find myself struggling with way too often. Perhaps this is an intentional design choice, but I don’t find having to use first person mode to figure out a jump to be a particularly useful option. This is something I would love to have seen be improved.

Overall, Oddworld: Stranger’s Wrath HD on Switch is a great game, sporting some huge improvements over the original release and offering up a classic game in a highly playable package. The game play itself still feels mostly great, even if it is a little dated, and the improvements to the game’s visuals are not just noticeable, but well-executed and highly polished. The end result is a well-preserved artifact; a crystal clear look into a highly-regarded classic of the mid-2000’s era of gaming. While this isn’t the first time Stranger’s Wrath HD has been re-released, it is arguably one of the best options for playing the game, purely given the ability to take the game with you, and in many ways it feels very well suited to the Nintendo Switch and is sure to please both long-time fans and newcomers alike.