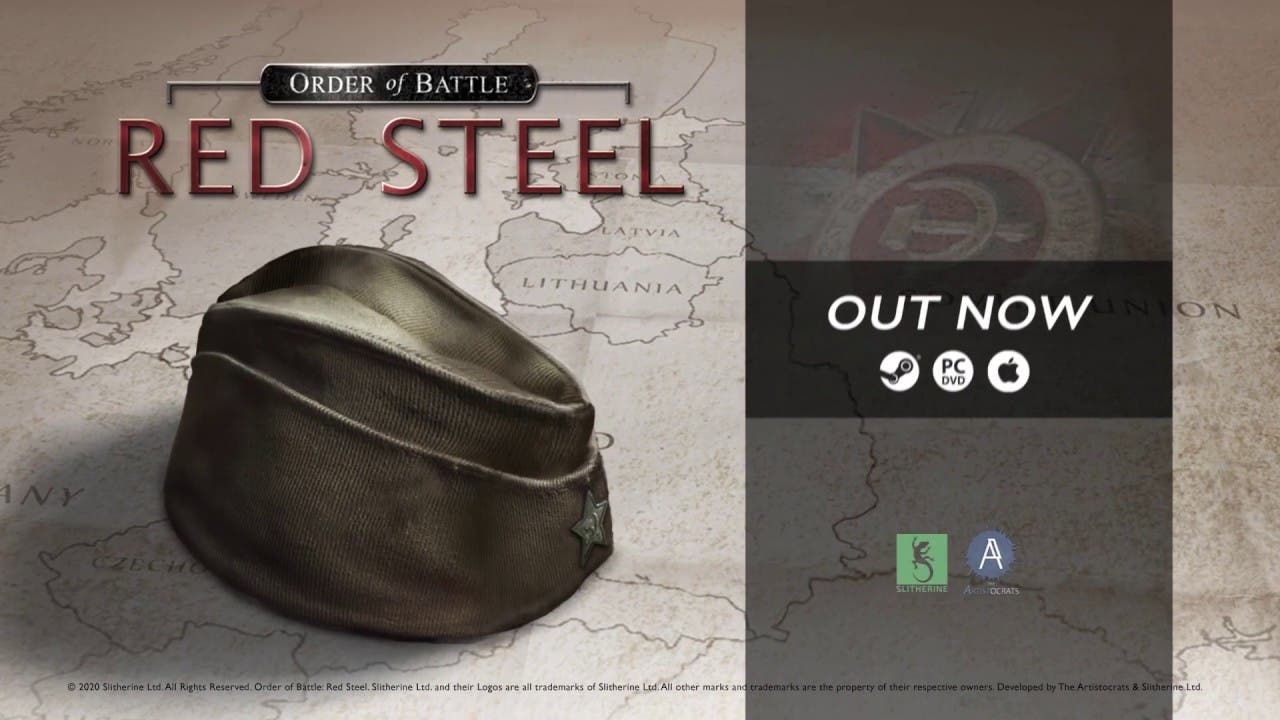 Order of Battle: Red Steel is the 2nd in a trilogy of DLC, out now

Set between January 1942 and April 1943, Order of Battle: Red Steel covers the battles of the Soviet Union at the most crucial moment of World War II. After slowing down Operation Barbarossa, the Red Army has launched a series of counter-offensives during the winter. Losses in terms of men and materials are horrendous on both sides. German high command has a new, ambitious plan to renew its offensive in the coming spring. Can the Red Army stop the Wehrmacht and save the Motherland?

Red Steel is Order of Battle’s second DLC, focusing on the German invasion of Russia. After the initial German success seen in the Red Star DLC, it’s now time for the counterattack.

It’s a World War 2 turn-based strategy game already downloaded by over one million players. The core game is totally free on Steam and Slitherine’s shop, in which players face free scenarios from almost every theater of war. From Sandstorm, centered on North Africa campaigns, to Burma Road, focused on the Japanese invasion, Order of Battle offers players the change to experience the extreme variety of WW2. With 12 expansions already published, this new trilogy is set in the Russian Campaign, with the players taking control of Russian army defending against (Red Star DLC, published in 2019) and now counterattacking towards Germany (Red Steel DLC, 2020). In the near future, Slitherine will publish Red Storm, the third and final DLC rounding off the “Red Trilogy”.

Players can now purchase OT-34 flame tanks, T-70 light and KV-1 m1942 heavy tanks, improved 45mm 1942 AT guns, and the new ZiS-3 field gun which can also be used in an AT role. In the air, you’ll need the improved models of aircraft like Yak-9D and La-5F fighters, or Il-2M or Pe-2FT tactical bombers to keep up with the Luftwaffe.

But the enemy is also fielding brand new equipment: the Germans have new and improved Panzer 38 G, Panzer IV G, and Bf-110 G vehicles. Their Romanian allies now deploy R-2 tanks and IAR-80 fighters, whilst the Hungarians are using a derivative of the Italian Reggiane 2000 fighter under the name MAVAG Heya, plus more equipment from Germany.