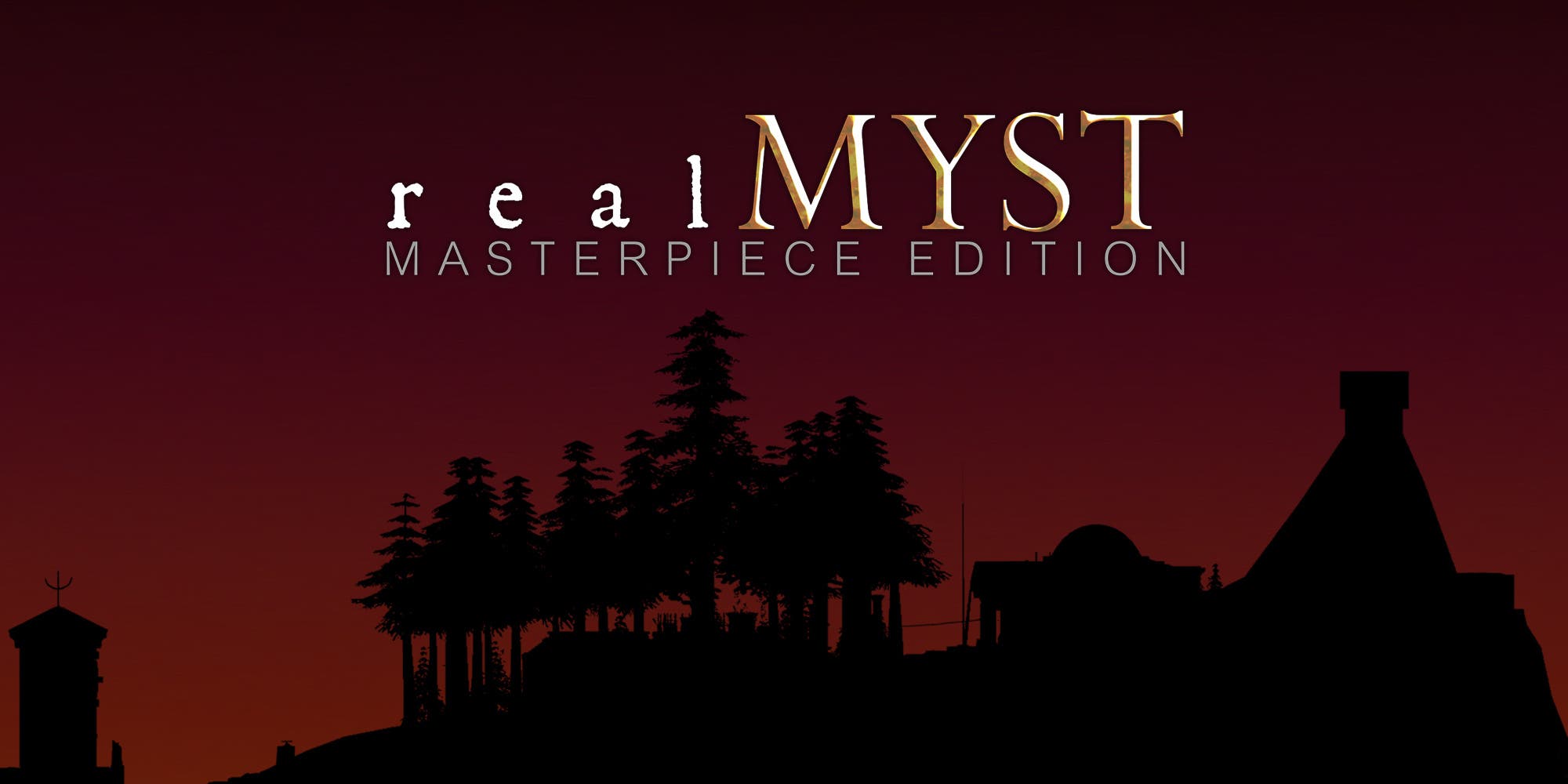 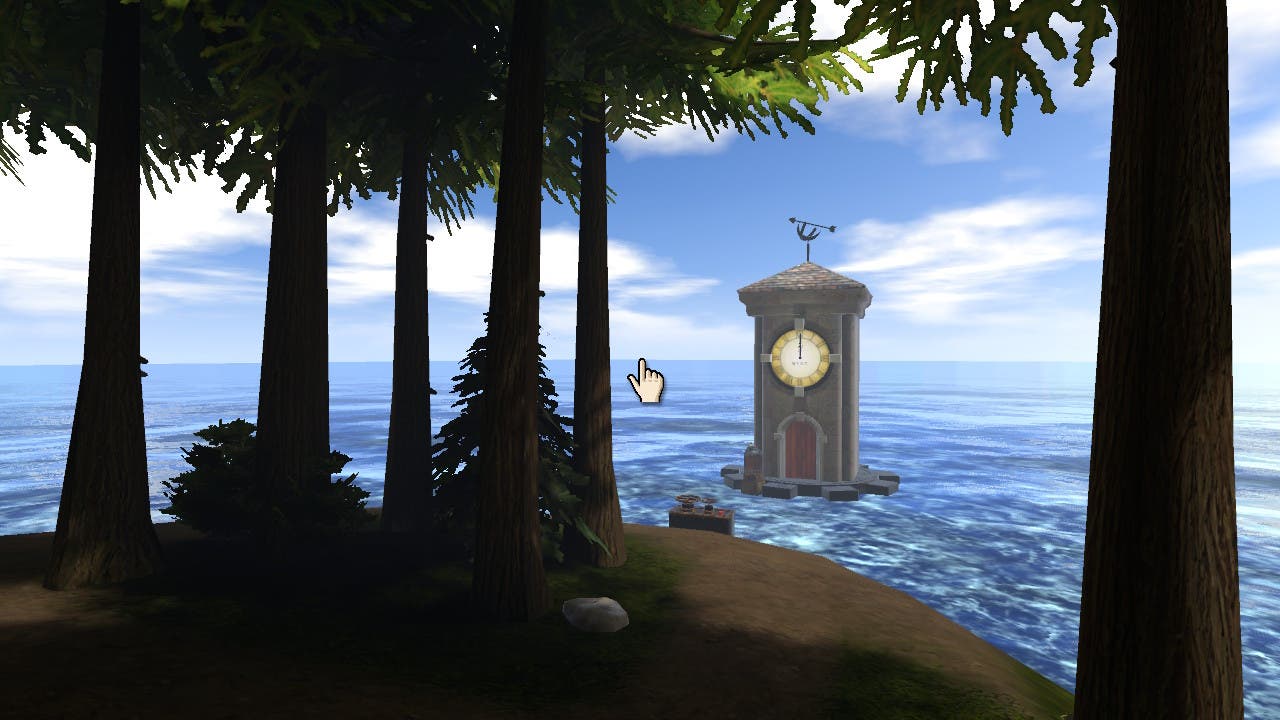 If you’ve played Myst in any of its forms, and particularly realMyst, you have an idea of what to expect. It’s a point and click adventure game adapted into a 3D engine, in which you explore visually rich, mysterious islands connected together by a series of linking books. As you explore, you solve puzzles to navigate deeper into the worlds and discover just what happened to the strange brothers Sirrus and Achenar, trapped inside of damaged books, while also trying to understand the disappearance of their father, Atrus. The ultimate goal is to free somebody who can help you find your way home, and the only way to do so is to explore each of the different “ages” and collect book pages corresponding to the color of the book you want to repair.

Myst has always really been about the atmosphere it creates and the puzzles you solve. The journey truly is the thing with Myst, as you’ll derive significantly more satisfaction from conquering its many logic puzzles than you likely will from any of its endings. realMyst: Masterpiece Edition is, then an excellent way to experience that journey, as it brings the game’s puzzles and environments to the forefront in a much more visually rich, tactile presentation that feels significantly more real than the old hypercard game ever could. Being able to walk through every part of an age and get a closer look at areas that used to be small background details in the distance of certain places is a fun way to feel more immersed than ever, and I truly think some of the puzzles are improved thanks to the increased level of fidelity. 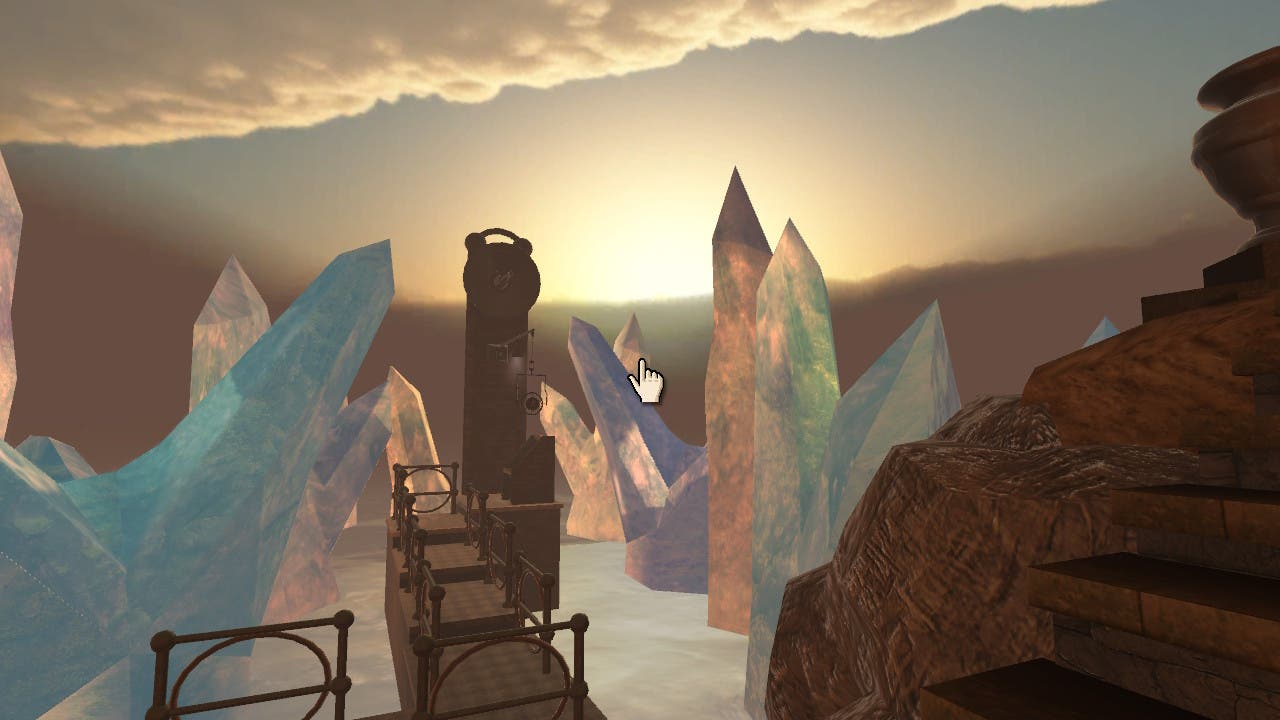 Unfortunately though, for reasons that I don’t understand, realMyst: Masterpiece Edition runs fairly poorly on Switch, to the point where I find that its performance is often distracting. The game runs well enough to be playable in many cases; it’s not like this is an experience that demands quick reflexes, after all. But far too often the frame rate dips well below the 30fps mark, seemingly as low as 15-20 in some instances. The Channelwood Age in particular was noticeably sluggish to navigate, and the sense of immersion created by the higher fidelity sound and visuals was more or less squandered by the poor performance. I also found the game’s controls to be difficult to work with, and I often struggled to get my cursor positioned over the correct element unless I turned the sensitivity way down. Some objects or levels are just inexplicably difficult to interact with, to the point where some gestures can’t even be fully executed because your current view port won’t let you move the cursor far enough to complete a particular motion.

Thankfully, the game DOES support a touch mode (unsurprising given its presence on smartphone releases of the game), which I would recommend over the controller if possible. Of course, that option isn’t available if you want to play the game docked, on your TV or a monitor, so you’ll have to make a choice between control precision and what kind of screen you play the game on. 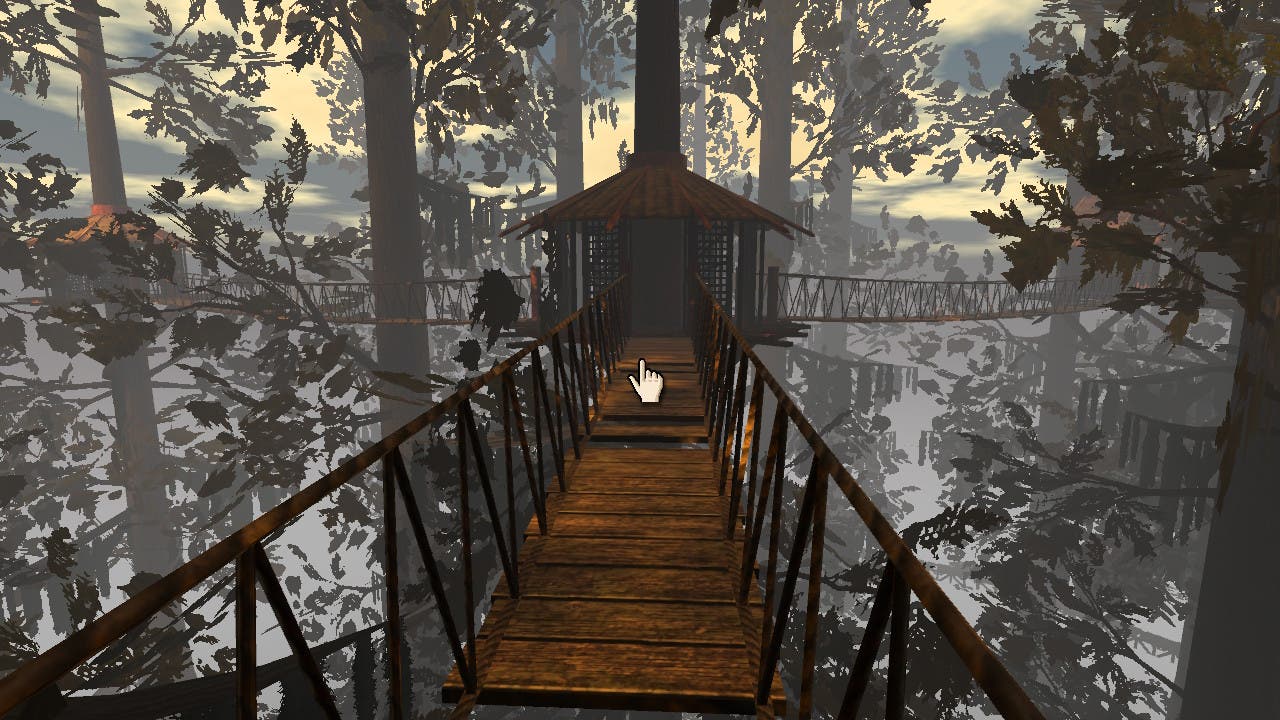 realMyst: Masterpiece Edition on Switch is a curious to me. I think that on paper, it makes a lot of sense to bring Myst to the Switch, but the execution leaves something to be desired for me, especially when talking about a game that isn’t exactly new and doesn’t seem like it ought to be taxing from a performance perspective. It seems that the game could have benefited from some additional optimizations for the platform, and perhaps those could come in the future, though I wouldn’t hold my breath for that. That having been said, Myst itself is a great game, arguably one of the all-time greats, and none of the things that make Myst so special are changed by the issues with this particular release. It’s a great opportunity to connect with your gaming nostalgia, and if the Switch is your platform of choice, you can still get a great deal of enjoyment out of realMyst: Masterpiece Edition. It is far from a perfect port, but it is the same beloved game it always has been, and like an old friend slightly worse for the wear, you’ll still be glad for the chance to spend some time with it.