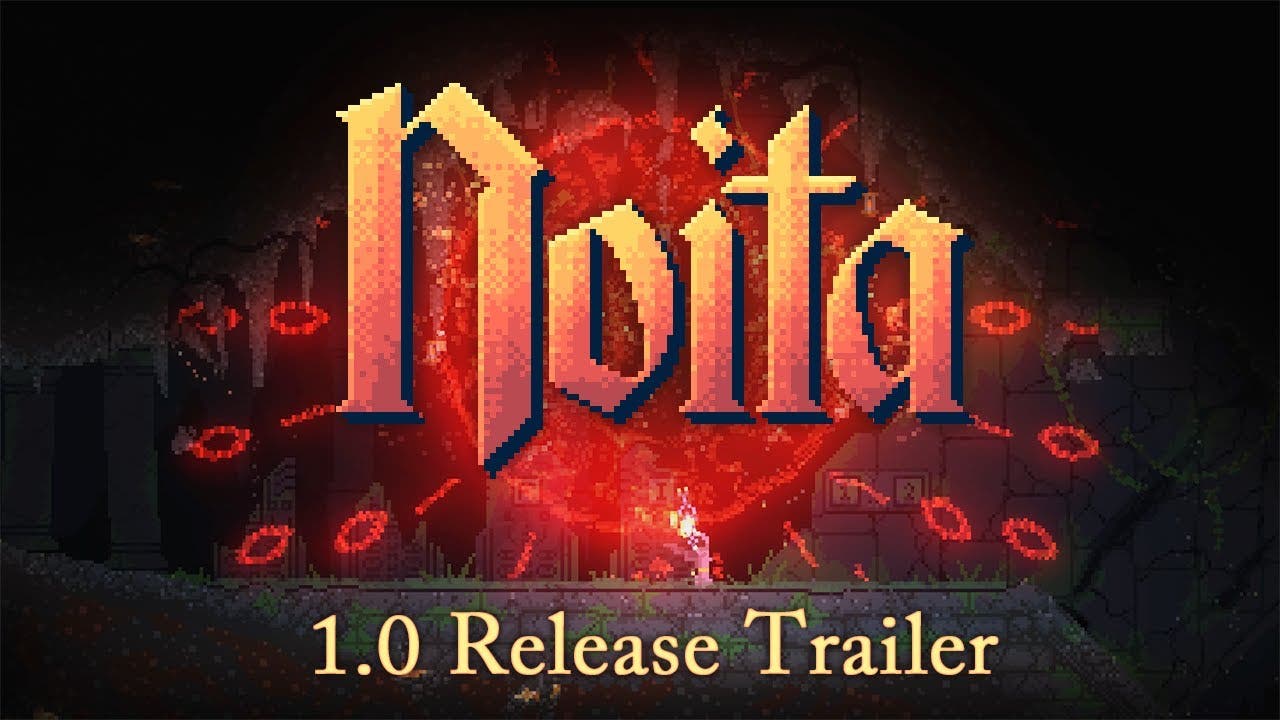 Noita reaches 1.0 today, out now on PC via Steam, GOG, and Itch.io for this magical roguelike where every pixel is simulated

HELSINKI — Oct. 15, 2020 — Congratulations! Nolla Games’ Noita (“Noy-ta”), the magical action roguelite indie hit, is officially releasing out of early access today on Steam, GOG.com and itch.io for $19.99, with a special 20% discount available for a limited time at launch.

Noita lets you push your imagination to its limits. Embrace beautiful chaos across deadly caverns, freezing wastelands and more by destroying enemies and objects with magical spells you make yourself. Create your own paths through fully destructible worlds that change procedurally with every playthrough for endless possibilities. Or just mess around and see how much trouble you can get into!

And now is the perfect time to dive in: today Noita gets its biggest update yet featuring tons of new content, including new enemies, perks, music, and over 20 spells, as well as a whole bunch of game improvements and bug fixes. There’s also the introduction of Twitch integration, allowing streamers to let their viewers vote on various in-game events for even more creative surprises!

Nolla Games is a company set up by three indie developers, all of whom have worked on their own projects in the past. In fact, over the years the gentlemen in question have worked on over 150 titles. Though the quality of the released titles varies from IGF Seumas McNally Grand Prize-winning games to … well … Notepad: The Game. The three gents in question are: