Ok, I’m starting my list with a game that did not come out this year. I’ve considered it for my top 10 because of how much I’ve played of it. It has been my go-to mobile game for the last five months, and I still whip it out when I have to waste a few minutes. Marvel Puzzle Quest is your typical Match-3 puzzle game, but with the added hook of hero collectability. The battles have all seemed pretty fair, and the match-3 aspect feels as good as any other out there. The one downside to this game is how hard they try to get you to spend money. To collect new characters, you need open slots in your roster, and they trickle feed you the required currency to unlock more of those slots. I have to earn 500 coins for a new slot unlock, and only specific random battles will allot you maybe 10-50 coins. You get a daily challenge that will net you 20, but to get half of that requires specific characters. If you don’t have the character for that day, you don’t get to earn those coins. So if you want to progress at a reasonable pace, you can pay money, and it roughly costs about 3-4 dollars for enough coins for an additional slot. In my opinion, that is way too high. But it must work; they’ve had this game up and running for seven years now. 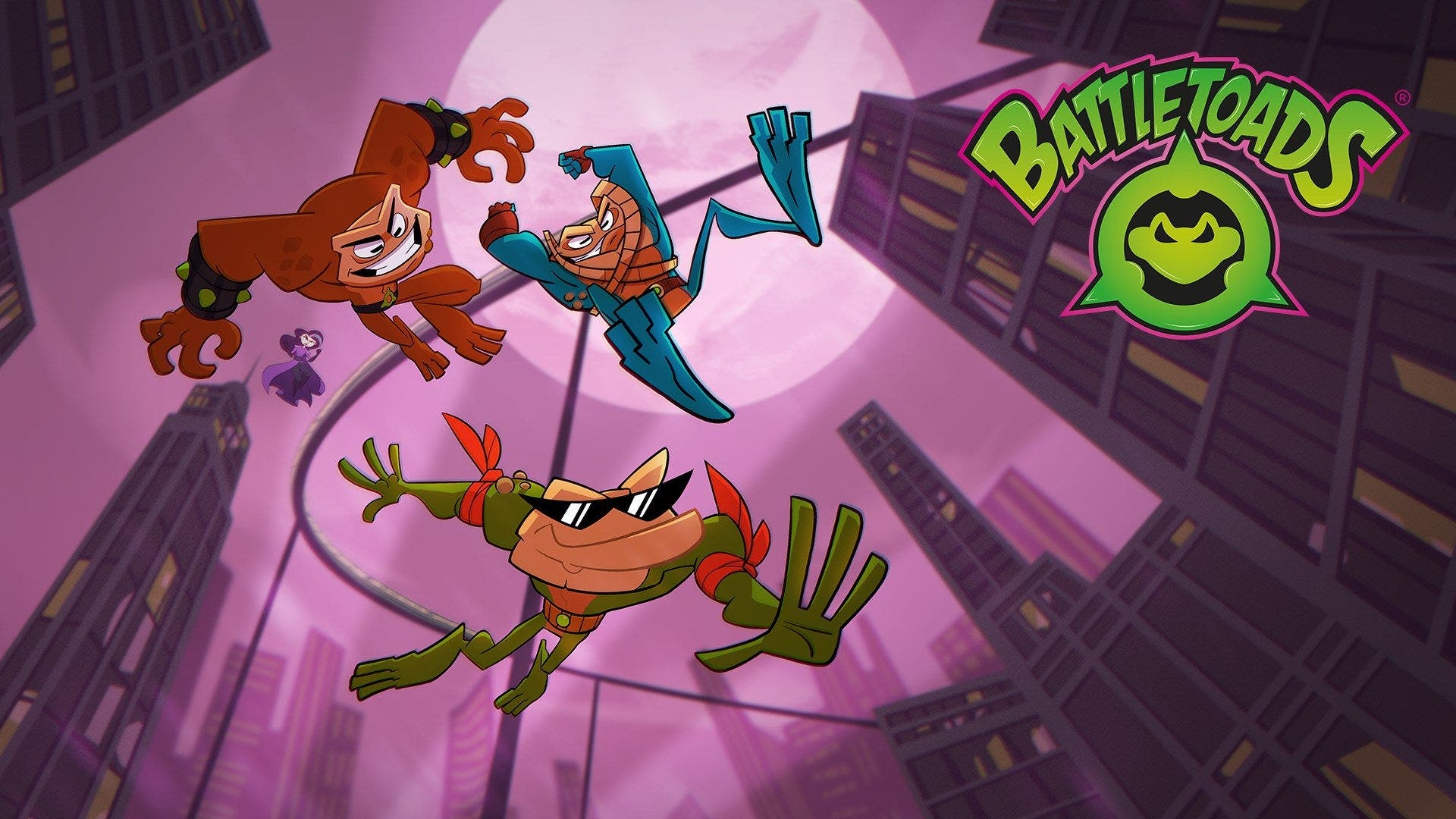 I had a lot of fun mucking around in the new Battletoads. I thought the art was great, and the fluidity of the animation made the game quite enjoyable. I am one of the few who did enjoy the humor from the game, and it vibed with my feelings of what a modern Saturday Morning Cartoon would be. It wasn’t without its faults though, slower-paced combat unless you used the dash mechanic and no online play made for some hard to justify replayability. But they did do three-player couch co-op, so that’s better than some modern games. 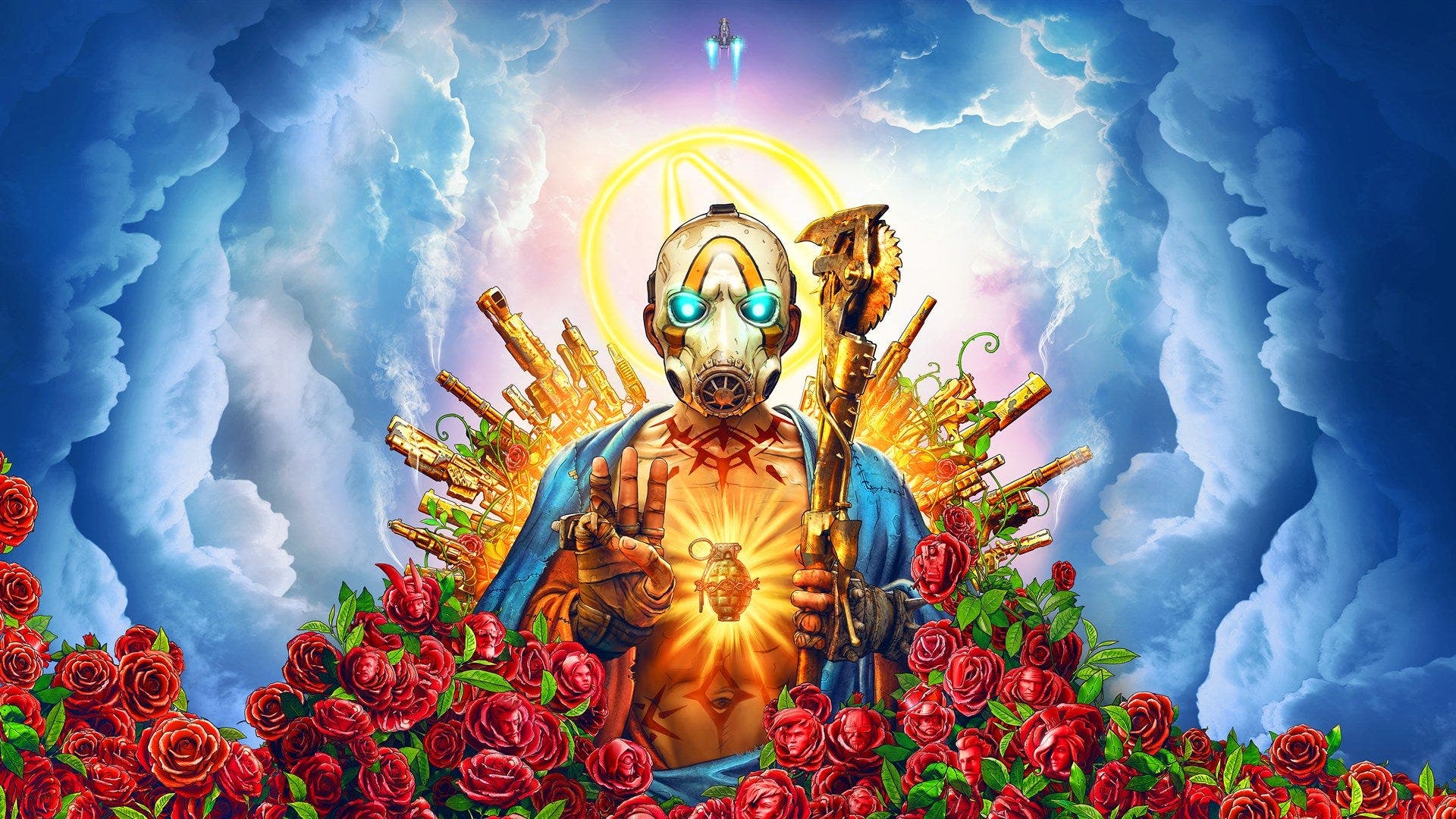 Ok, because they released a Next-Gen upgrade this year, I am counting this one. My wife and I have gotten into the Borderlands games over the past two years because it’s one of the few first-person shooters, better yet, one of the few GAMES that you can play through the story, split-screen. We worked our way through the first game, ate up just about everything in the 2nd, finished the pre-sequel, and this year we finally moved on to 3. The game is as fun to play as its predecessors, and the combat still feels good, very good. Borderlands 3 isn’t any higher on my list because of how BAD the UI is for split-screen play. In the previous remastered games, you could still easily read all the text and see all the prompts in split-screen mode, even if you needed to move the UI left or right with the thumbstick. Borderlands 3, however, is made for larger 4k sets and gives you a big fat finger when it comes to a 1080p television, 40 inches or smaller. We can’t read a damn thing, and navigating the map is a nightmare. We have to, quite literally, get up off the couch and walk over to the tv to read weapon stats and locations on the map. Quite a poor way to play when knowing that information is integral to the gameplay experience. Even on-screen button prompts are hard to make out where they look like pinholes from where we’re sitting. Here’s hoping they allow for UI scalability in a future patch. This “ShaRk-PG” was quite a surprise this year. I had a feeling it would be fun to play, but I was surprised when it turned out to be a very competent arcade game. The swimming was intuitive, and the combat was silly and over-the-top. The dialogue was shockingly well done. I enjoyed so much of the game that it was a bummer that it was so short. I ended up completing 100% of the game within a few days, and that was it. There was nothing to come back to and no future DLC plans to lure me back in. If they make a Maneater 2, though, you’ll see me in day one. 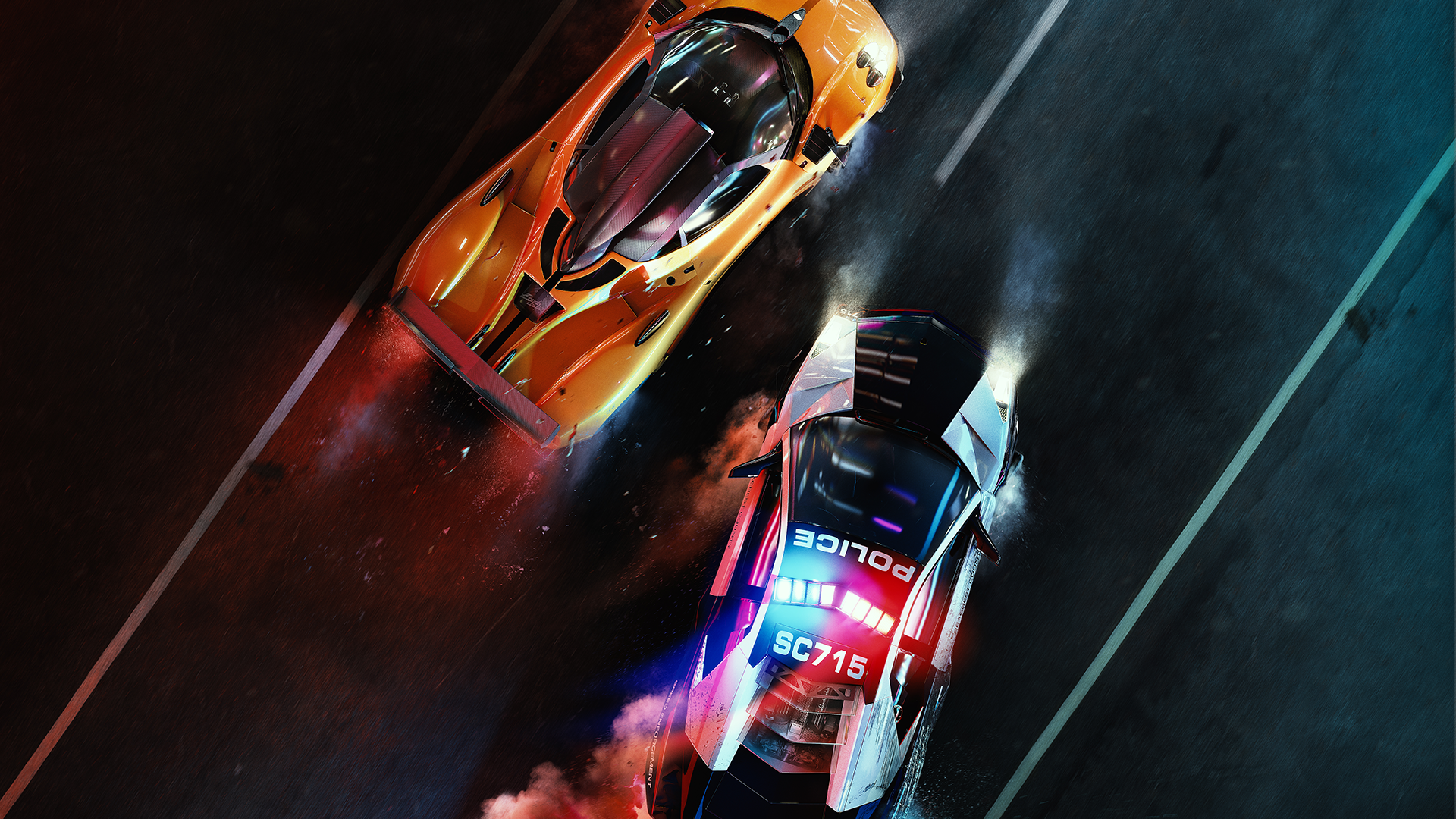 Man, what a wonderful stroll down memory lane. The remaster stayed faithful to the original but gave it a slightly new coat of paint for modern-day machines. All the races were still fun to drive, and all the tracks tickled my nostalgic memories. While still a little floaty for my liking, the physics were spot on to how they felt in 2010, and the return of the Autolog was great for keeping the urge to come back and replay races. I still would have liked to see some more updates to the game, though, whether it would have been additional cars or new features, something that would give the remaster some more legs outside of the Autolog and nostalgia.

Speaking of nostalgia, they nailed this one. It is a perfect release. This is what the game looked like in my head as a kid, and the physics played exactly how I remembered them. It was great to revisit these old locations with more detail and to be able to un-rust those THPS skills I acquired so many years ago. Unlike the NFS remake, THPS not only stayed faithful to the first two games, but they added more content to give the game some new 2020 life. Things like new skaters, a new unlock system, and online play added to an already great package. Also, what a great decision to have the original skaters look like their modern selves rather than what they looked like when the game first came out. Although, those older skater looks would have been nice to have as an unlock. I can’t complain, though, especially with so much already in the game.

What a fun game! Granted, the London setting didn’t quite agree with my tastes, but being able to play as anyone in the game was quite novel. Plus, seeing that the NPCs had their own daily schedules and had their own relationships connected me to this world even more than previous titles. The loop of Watch Dogs is still fun to me, and being able to walk up to a mission, whip out a drone, and complete it without anyone the wiser will always make me giddy. If they had maybe done something about the writing and give you the ability to adjust UI size, especially on the map, this probably would have had a better chance for being higher on my list. 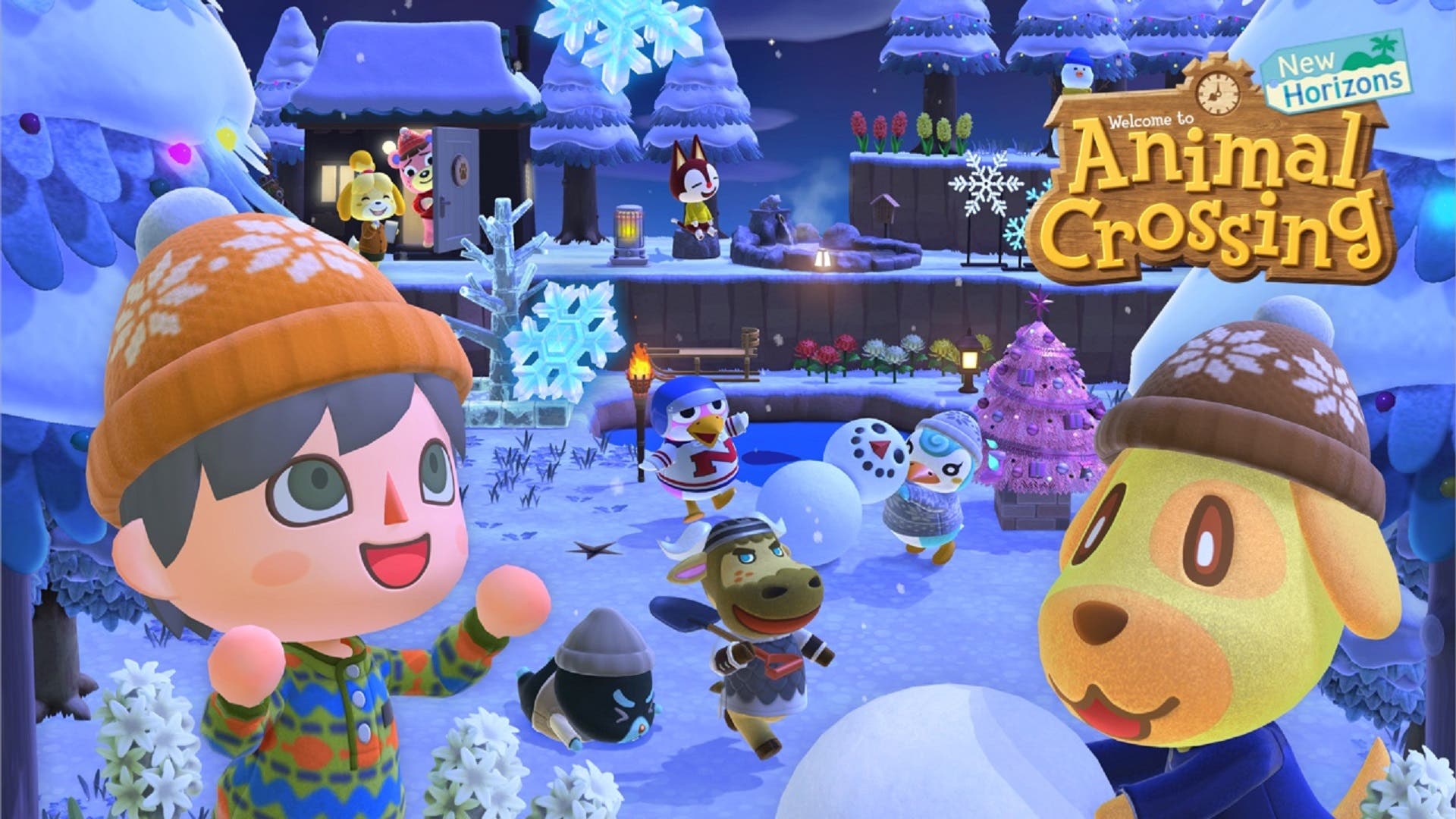 Nintendo is knocking it out of the park again. New Horizons was precisely what this awful 2020 needed. Right at the outset of the emerging pandemic, New Horizons was there to get my mind off the worries of the world around me and let me focus on making my little island town the best it could be. The new crafting system fit so well into the Animal Crossing lifestyle, and the subtle changes made to the progression helped this one last far longer than any Animal Crossing I’ve played before. There isn’t much more to say about New Horizons as it’s the best Animal Crossing title I’ve played since the first DS release, Wild World. It’s just too bad that Nintendo did what Nintendo does best and muck up the online play with additional friend codes and long connection times.

The best in the series yet. In my opinion, the BEST indie game to have come out this year. The game takes the formula for what makes it so challenging yet fun and gives it a new twist. It is unbelievably satisfying to throw together so many recipes and serve them with a flip of the stick. Playing on the Nintendo Switch and using the touchscreen is THE way to play this game. I will go to the grave, believing that. The spectacular voice acting and its two characters’ chemistry upped the ante in this release. I do hope they do more with story and characters in whatever CSD4 ends up being. On top of all that, they included more recipes, and the art for each dish was gorgeous, a staple of the CSD series. Everything looks so, so delicious. I honestly get hungry after playing a few rounds in CSD. The game is reasonably priced, and you’ll occasionally catch it on sale, so there honestly is no excuse not to add it to your Switch collection or Steam Library. 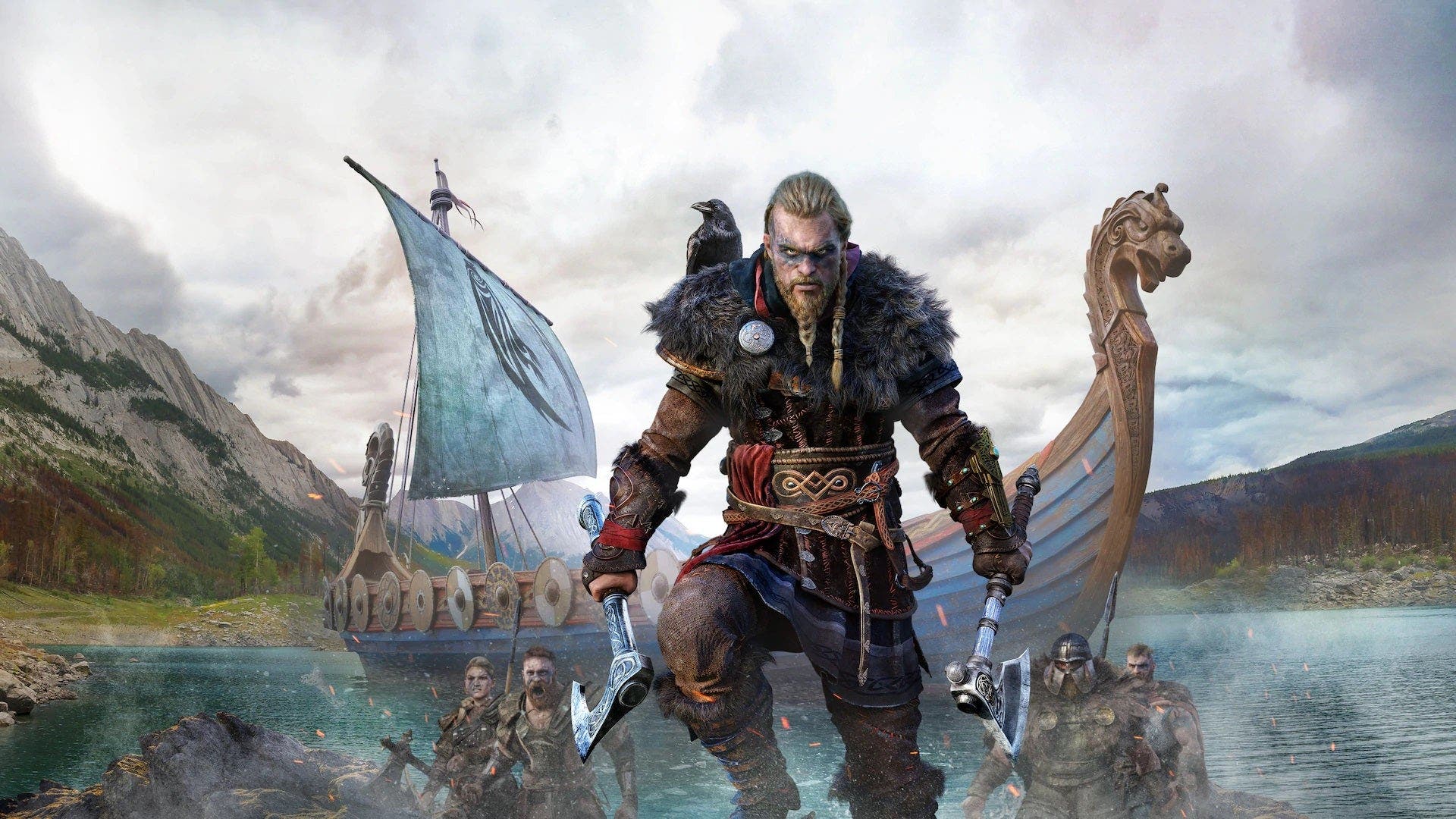 I was absolutely blindsided by Valhalla. I’ve enjoyed each AC title Ubisoft has released, but there have been a few that haven’t appealed to me. Leading up to its release, Valhalla seemed like it was going to be one of them. I wasn’t clicking with the setting or period. I thought that I had exhausted the Viking theme; I mean, for a while there, everything was going with Norse Mythology. I wasn’t eager to jump into that world and mythos one more time. But the modern AC formula had hooked me from the get-go once again. Thanks to the modern series’ excellent combat, I was hooked enough to let myself be captivated by the story. On the downside, the game has been rather buggy, and there were a few close calls when it came to game-breaking bugs, but I managed to finish the game with a bonkers ending. I’m one of the few out there who enjoy the modern-day story over the historical one in these games, and Valhalla amped that up 11. Even though you don’t venture much out of the animus, that ending and secret cutscene made up for that tenfold. It’s hard not to like anything about Valhalla, but it doesn’t mean there weren’t a few things that could have been changed. Where Kassandra and Bayek had great voice work, I felt Eivor’s two options were lacking. Don’t get me wrong, they were good, but I just couldn’t get behind either voice actor’s delivery.

There was also the nerf job they did to your bird. In the previous games, you could use Senu/Ikaros to reveal enemies, and they’d be constantly highlighted. Valhalla did away with that and forced you to use your R3 click vision, which would go away after a while. Making some large battles difficult to tell who the enemies were. Also, I don’t seem to remember the Vision mechanic being tied to R3 before? Maybe it was, but I just don’t like clicking in that stick as a button input. Overall, Valhalla soaked up most of my time, and I’m still diving into its world to collect and everything. I can’t wait to see what DLC content comes in the future, but I know whatever Ubisoft may release, I’ll be more than happy to take the reins of Eivor once again.