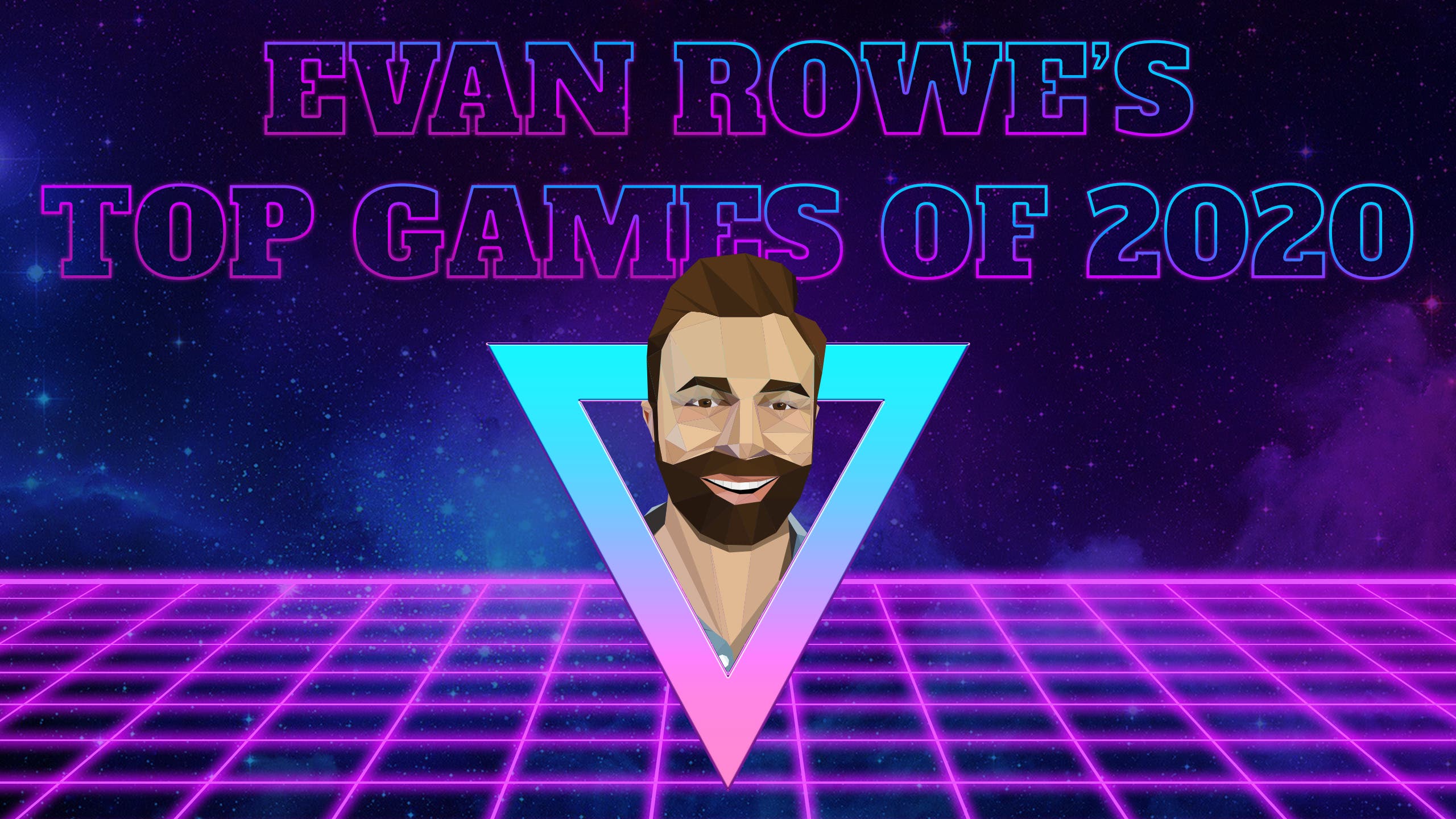 What an amazing year to be trapped inside! For a lot of folks, this has been the year for playing loads of games and getting to experience everything on the menu. For me, it’s largely been just another year of juggling responsibilities and doing what I can to make time for games as they come, and probably spending too much time playing older games instead of newer ones. Priorities! This was also the year I finally invested effort into getting my Twitch channel off the ground (sorry for the shameless plug), which did end up driving my decisions to play some older games, and a lot of multiplayer ones. 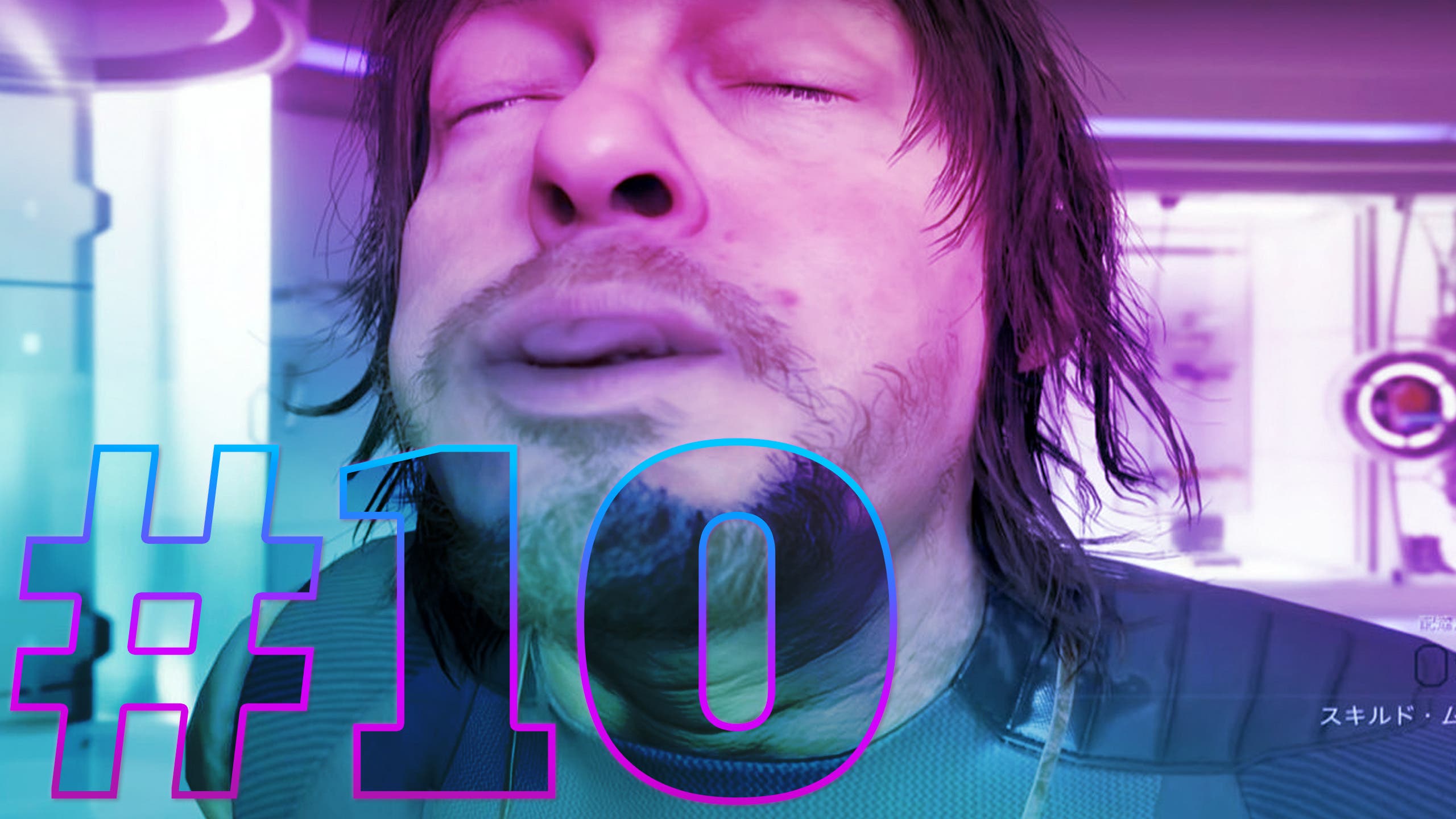 As a long time fan of the Metal Gear series and having developed a weird appreciation for Hideo Kojima’s unique style of storytelling, Death Stranding had all the potential of unleashing Kojima’s talent in a new setting with minimal constraints. It is absolutely an adventure like none other I’ve played, and while it meanders at times, it takes you to some pretty weird places and gives you a place to hang out in, even while you’re drowning in in-universe jargon. Metal Gear Solid’s DNA is evident in Death Stranding, but it doesn’t define the work so much as provide a reference point for a new journey. 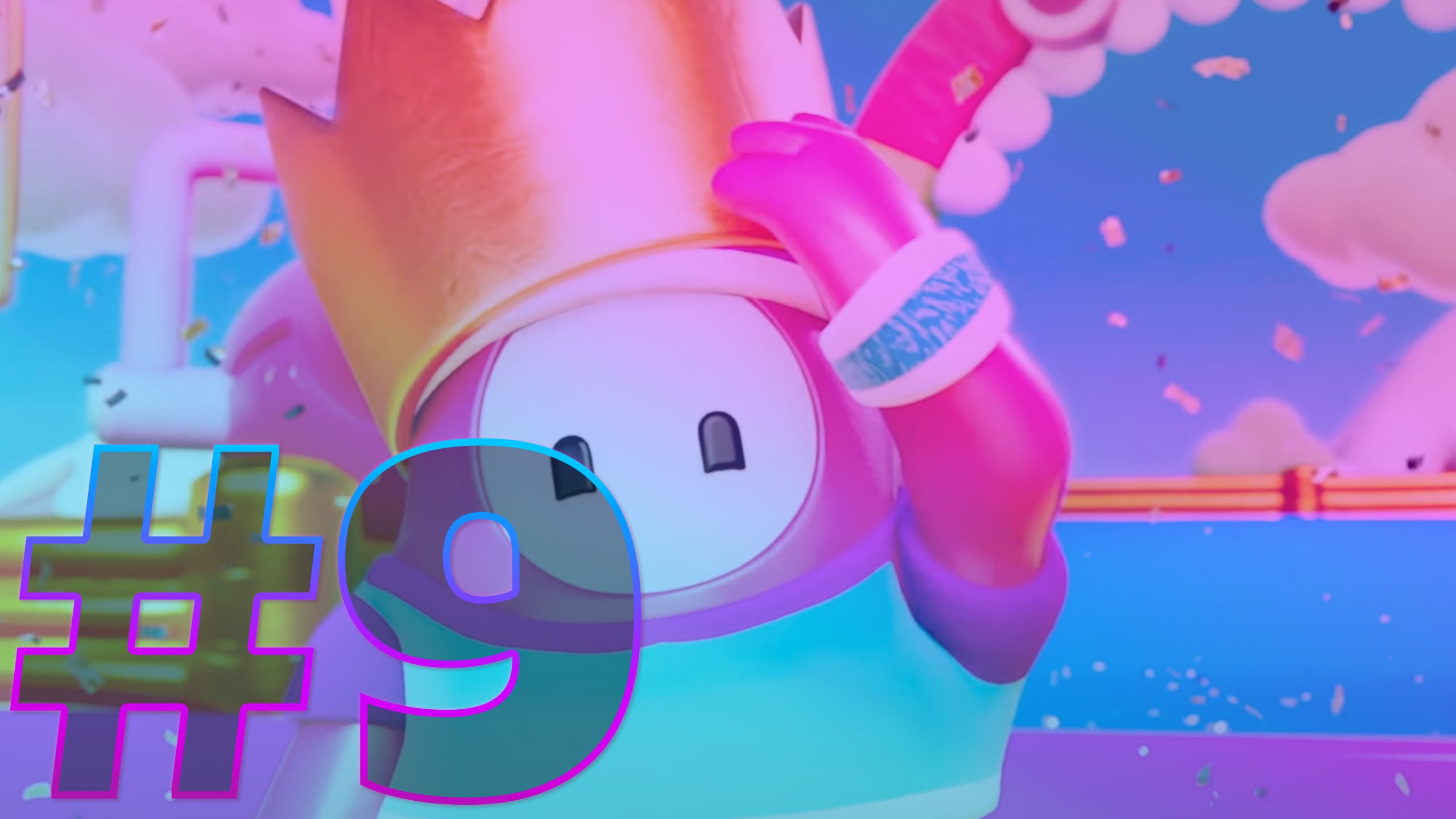 I honestly wasn’t going to include Fall Guys on the list because I fell off of it so hard, but I realized that isn’t exactly fair to a game that I spent a LOT of time with during the month following its release and which did in fact bring me a lot of joy, along with friends, for a good chunk of time. By now, we all know that Fall Guys is inherently flawed in terms of balance and ability for people who don’t play hours on end to win matches (assuming they don’t get yeeted off the course on the way to the crown), but that first magical week of the game’s release when everything was fresh and new, and the feeling of finally having a proper video game equivalent of Most Extreme Elimination Challenge, cannot be duplicated by anything else. 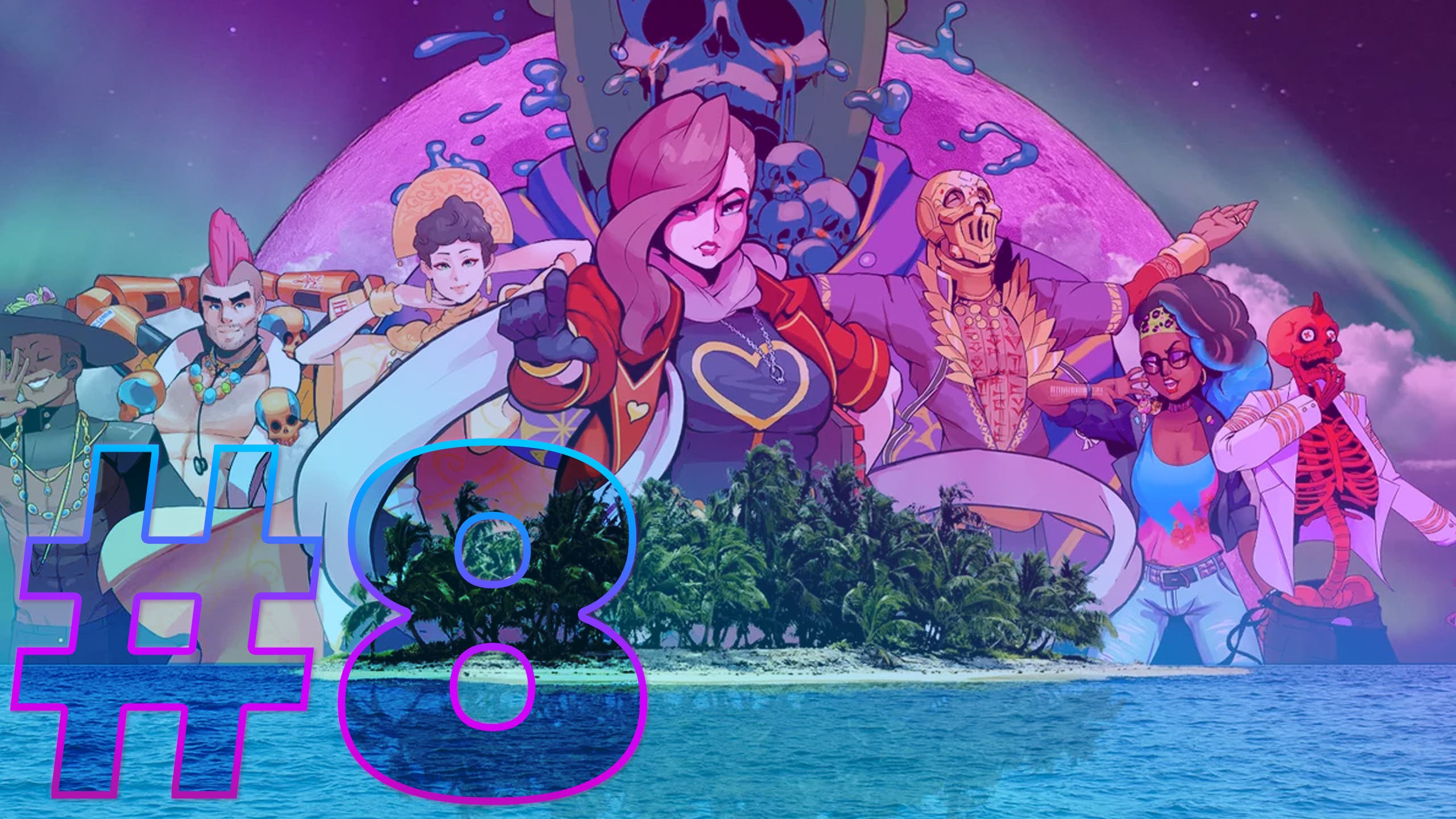 Until visiting Paradise Killer‘s Iteration 24, I had never felt totally immersed or invested in an investigation game. The neon-tinged, heavy vaporwave aesthetic of the island and its structures is gripping and inviting, despite its disorienting nature. Every single character you meet is wrapped up in mystery and complexity as only immortal beings living for millennia on end can be, all of them wrestling with bizarre mix of ennui and a sense of duty. Conversations feel authentic, exploring the island is sublime, and the confidence that Lady Love Dies asserts toward the island’s denizens is intoxicating. This island has everything; a bizarre murder mystery, demonic possession, horny demigods, hidden collectibles, mysterious computer locks with symbolic goat horn puzzles, rad tunes, and a wild hot pink moon. This is one of those games where if you’re even curious, it’s probably worth checking out. 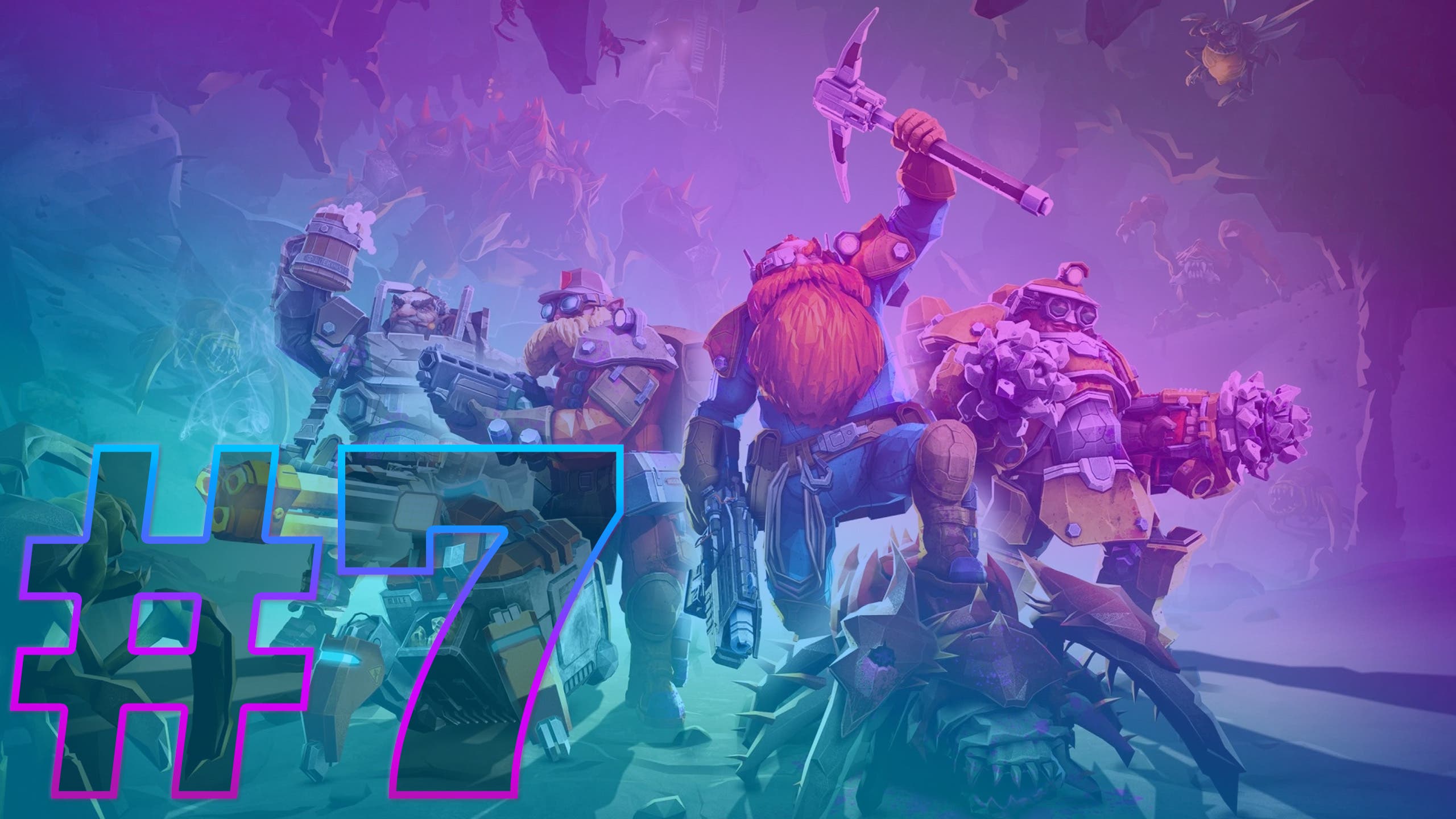 The thrill of making a mad dash upward through hundreds of meters of rock and dirt as the clock ticks down and countless alien insects come pouring out of every crevice in dogged pursuit of your tasty bones is one that I didn’t expect to grip me so fully, but truthfully who doesn’t enjoy a daring escape with loads of precious minerals shared among friends? Deep Rock Galactic is one of those really great hangout games that can be as challenging or as laid back as you want it, depending on your mood, and the sense of discovery is boundless as you pick and drill through procedurally generated cave systems and revel in the awe of a massive cavern full of glittering minerals appearing suddenly as the dirt crumbles in front of you. Just, ya know, watch out for those Bulk Detonators. 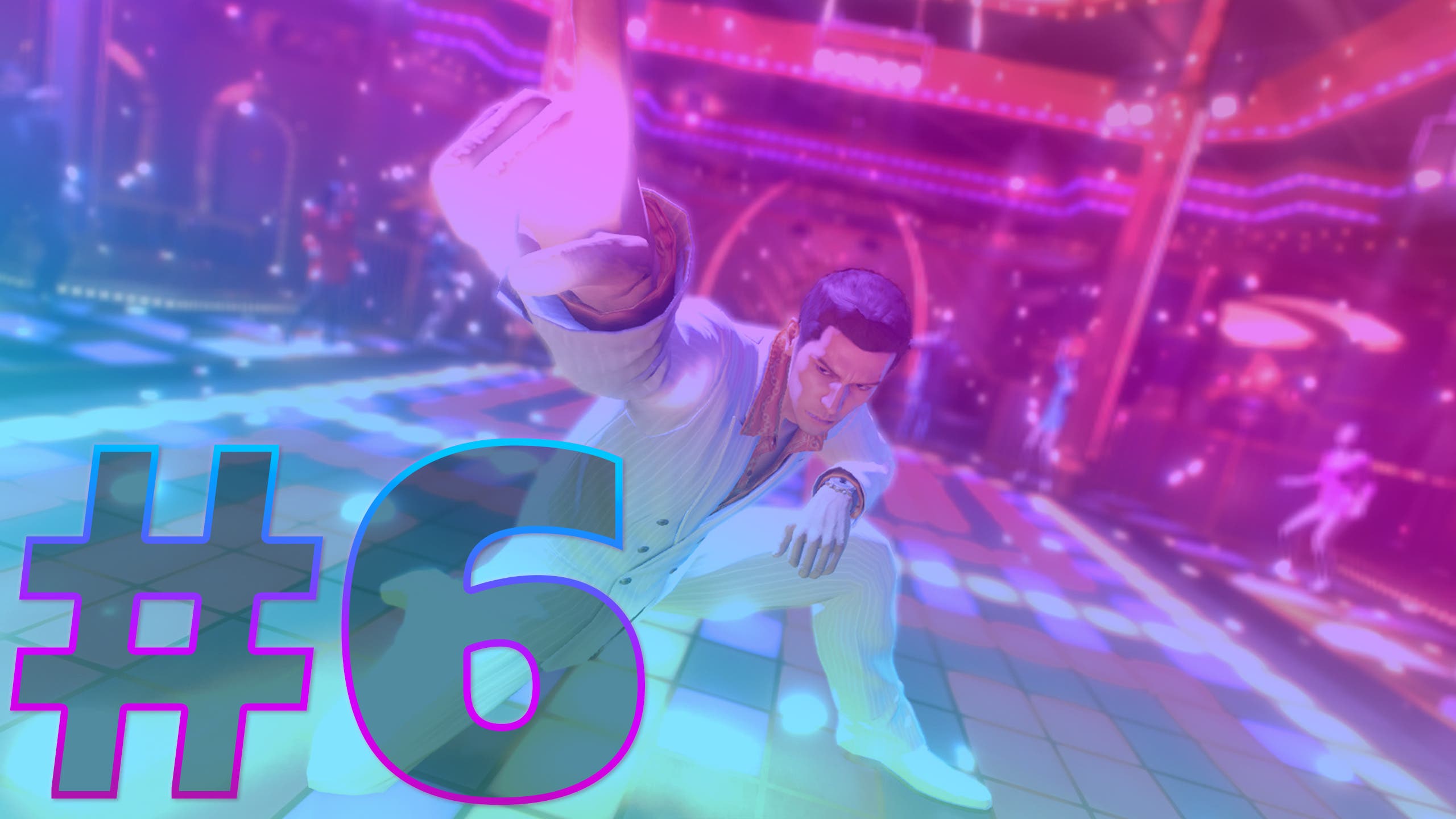 In an ideal world where I had more time on my hands and a PC that didn’t suffer a catastrophic failure for two weeks, we’d be talking about Yakuza: Like a Dragon here. Instead, I’ve spent much more time in 2016’s entry than this year’s knockout hit and would rather give the slot to the game I can speak better to. So yeah, Yakuza 0 is a really excellent, dramatic, well-written, genuinely funny and at times even heartwarming game with an excellent twisty plot, a smaller sized open world that’s a lot of fun to just be in, and it will surprise and delight you consistently. Plus, Goro Majima’s introduction is one of the best character intros I have ever borne witness to. Don’t sleep on Yakuza. 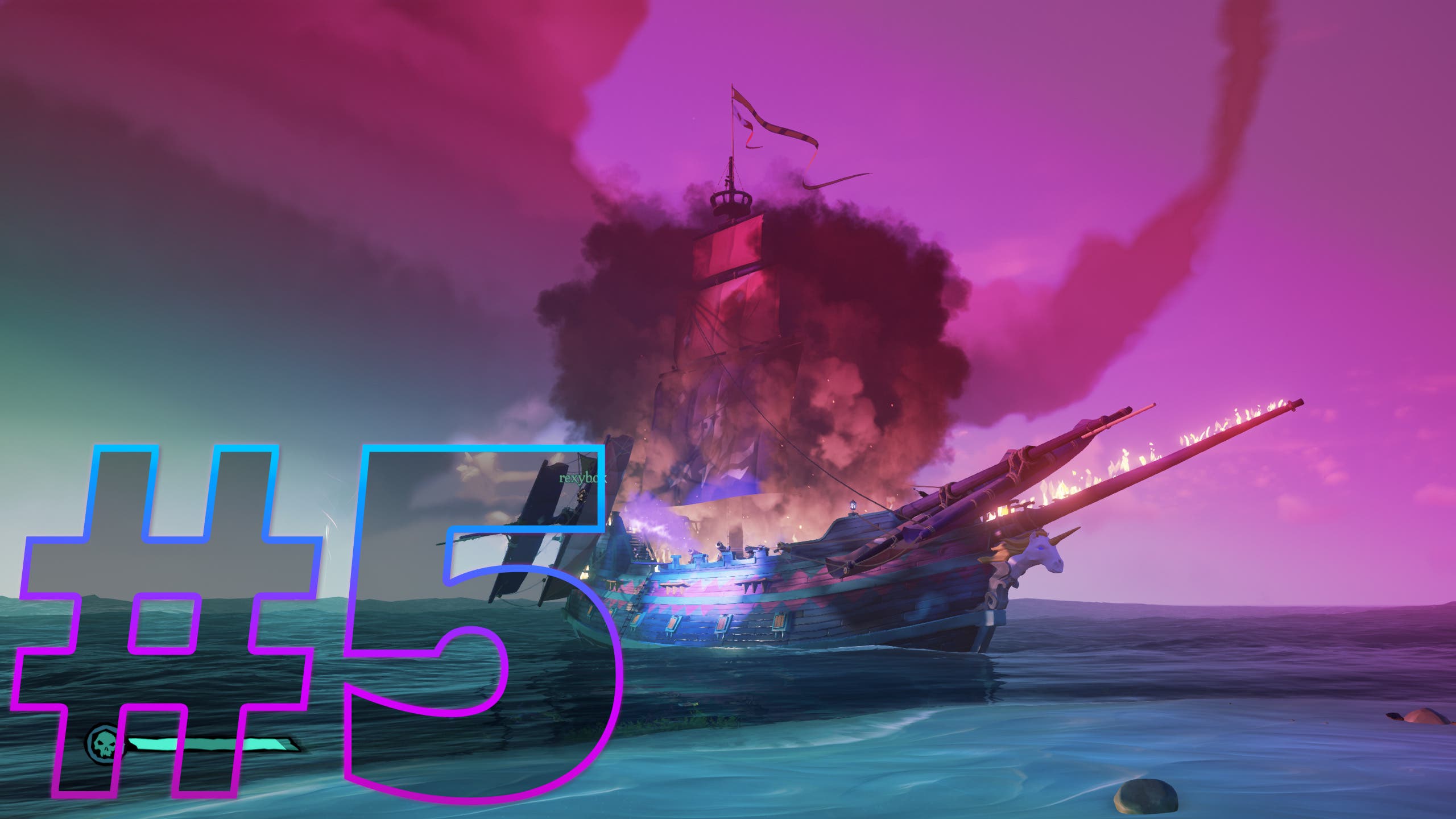 We all know Sea of Thieves had a big moment in 2020, but I didn’t really get why until I found myself getting pulled into sailing with two or three friends several nights each week for the past month. The state of Sea of Thieves today largely delivers on the promise of the game at launch back in 2018, with a world rich in activities to engage with, and so much emergent opportunity that every session is guaranteed to play differently and leave you with some great story to tell. It’s one of the best multiplayer experiences out there right now and some of the most fun you can have with your friends in a game, not just because of the major activities to pursue but because of all of the little things you can do while on your voyages, like playing music together, shooting yourself (or your pets) out of cannons, or ramming an enemy ship dead on with a bunch of gunpowder kegs placed on the tip of the bowsprit waiting to be set off at the moment of collision.

A worthy follow up to a much lauded modern classic, Will of the Wisps took the foundational ideas of Blind Forest and pushed them into new territory, showing off just how much Moon Studio could flex its artistic and design muscles. Mechanically, Wisps is one of the best platformers I’ve played in years, as I found myself stringing together a complicated dance of multiple acrobatic abilities in long succession to navigate the game’s lush and vibrant environments. Blind Forest is a tough act to follow, and while Will of the Wisps might not hit all of its notes narratively, it’s incredible both to play and to behold and shouldn’t be missed.

Animal Crossing had the good fortune to come out when all of us were first getting used to our new lives of weathering the storm of stay at home orders and long term social distancing. Having a familiar, friendly place to check in on (or dump countless hours into) was a saving grace of much needed escapism in March and April. It still would have been a phenomenal game if it had come out any other time, as it is so full of charm and delight and joy and opportunities for creativity and deliberate care taking. Being able to exert near complete control in a situation where so much of that was otherwise taken from us was a welcome balm and provided a grounding sense of sanity and reason among a cartoonish isle populated with eccentric animals. 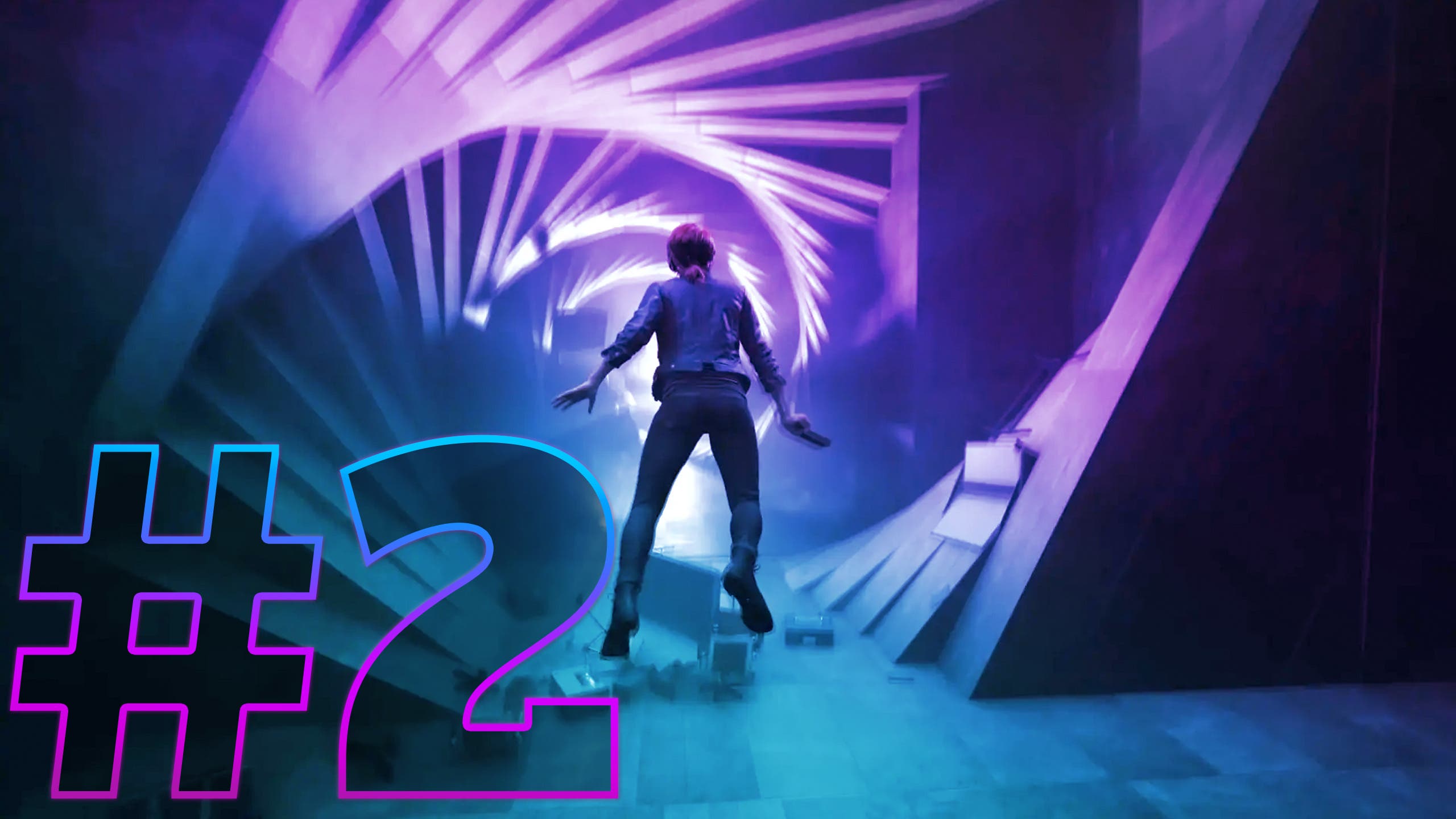 I have gushed about this game in so many places at so many times that it’s pretty clear that I’m absolutely in love with Control, and more or less consider it Remedy’s masterpiece. It is beautiful, mesmerizing, a joy to play, and creates an incredible world that’s easy to get lost in. The fact that the two DLC packages which came out for it this year and which definitively connect Control back to Alan Wake and the rest of the “Remedy Connected Universe” is just icing on an already delicious cake. Honestly the only reason it’s not in my number one slot is because it’s a 2019 release and it doesn’t feel quite right giving it the coveted top placing when there’s another game that is absolutely deserving of all of its accolades. But dang, Control is a must play for basically everybody. 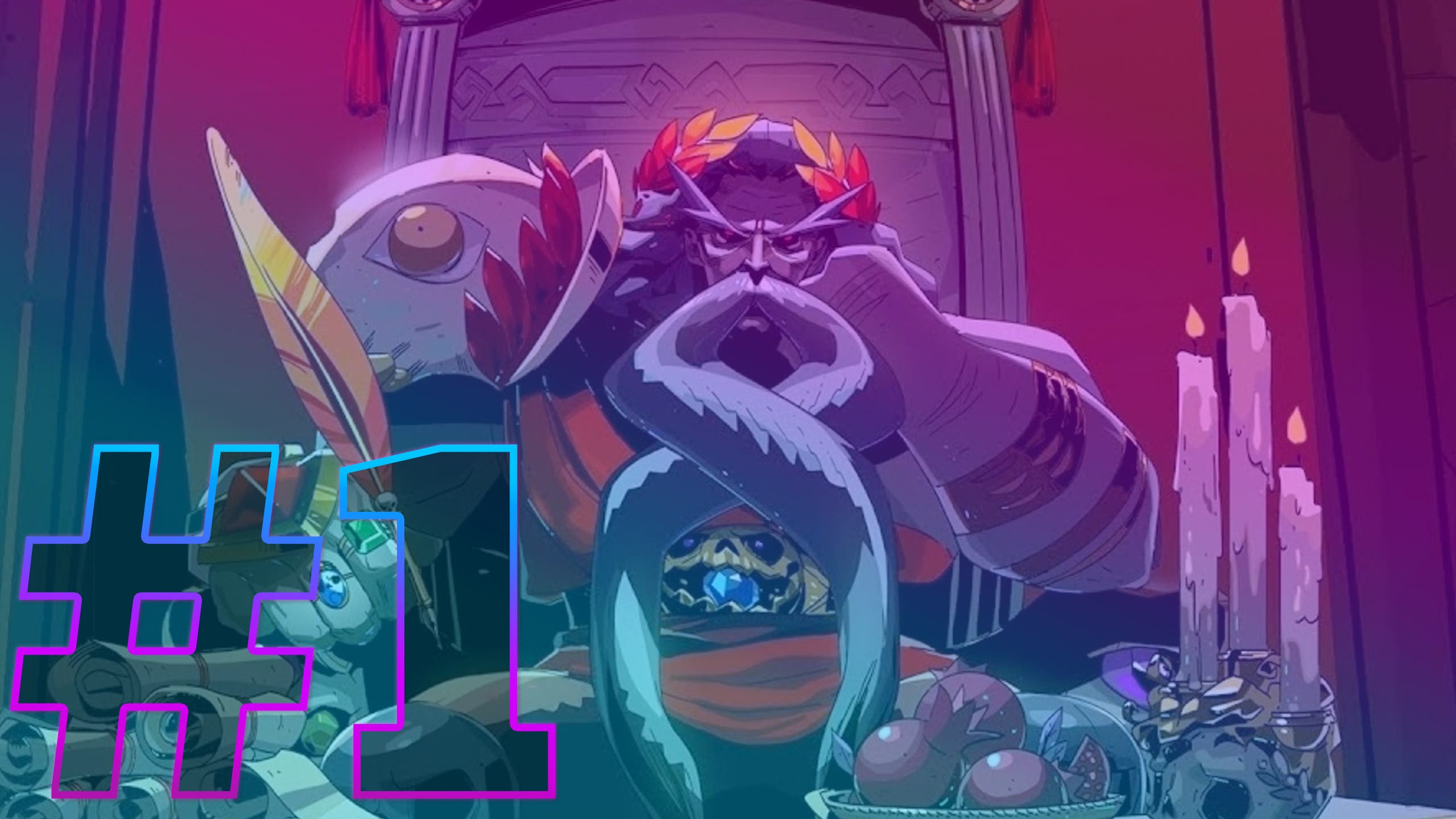 Surprise, it is in fact Hades. There is no better game available to play this year, as not a single one of them hits the same consistent highs and delivers such incredible returns on satisfaction the longer you spend with it. I am more in love with the game, it’s characters, and every minute detail the more time I spend with it, and even after 30 plus runs, no part of Hades feels remotely tedious. It is a master class in game design, and it is unrivaled in its brilliant execution. The freedom that Hades gives you in how you play through each escape attempt, and the depth of possibilities available to you for creating your builds make it perfect for keeping things fresh, or tweaking that perfect loadout that you absolutely love. Oh, and it has a ridiculously good soundtrack.

Yakuza: Like a Dragon
Perhaps committing to playing this game solely on stream was a mistake, as it’s severely limited my ability to make progress (especially as its normal slot got bumped week after week for a variety of reasons). What I have played of Like a Dragon so far has hugely impressed me and set up an an immersive, inviting crime drama that is just begging for you to slip on like a slick new blazer and live in for a few solid weeks. I have every confidence that Like a Dragon would have placed fairly high on this list had I been able to dedicate more time to it, but it’s clear even from the opening couple of hours that it is unique and special among releases this year, and is a worthy follow up to the core-series’ long running story.

Cyberpunk 2077
I’m sure that despite its many issues, Cyberpunk 2077 will find its way onto several lists this year. While its initial launch week was anything but smooth, for those relatively unaffected by or willing to push through the bugs and performance problems there appears to be a mostly good game here. Given the fact that the launch state of the game was so problematic, to the point of Sony, Microsoft, and many retailers making concessions to their typical return policies to stave off hordes of frustrated players (not to mention Sony delisting the game for digital purchase entirely), I chose not to jump in; the risk factor seemed too high, and frankly I think it was disingenuous of CD Projekt to release Cyberpunk in this state without more up front warning, commitments or not. To be fair, I really want to play and enjoy Cyberpunk, and I look forward to doing so in the near future, and I hold no ill will toward the development team working on the game (as they’ve clearly made huge efforts to address some of the most glaring issues post launch). I cannot imagine how difficult an undertaking it must be to construct a world as vast and complex as Night City. Still, it would be unfair of me not to be critical of something that I know has potential to be great and that I want to see better.

Some PlayStation Things That Could Probably Have Made it On Here
I was truly hoping to have a few PlayStation titles on my list, and by the time this goes live I will finally have had the chance to check a few of them out, but sadly time was not on my side for being able to commit a slot to any of these games on the list for this year. There is a very real, strong chance that a few of them may show up on my 2021 list, though.