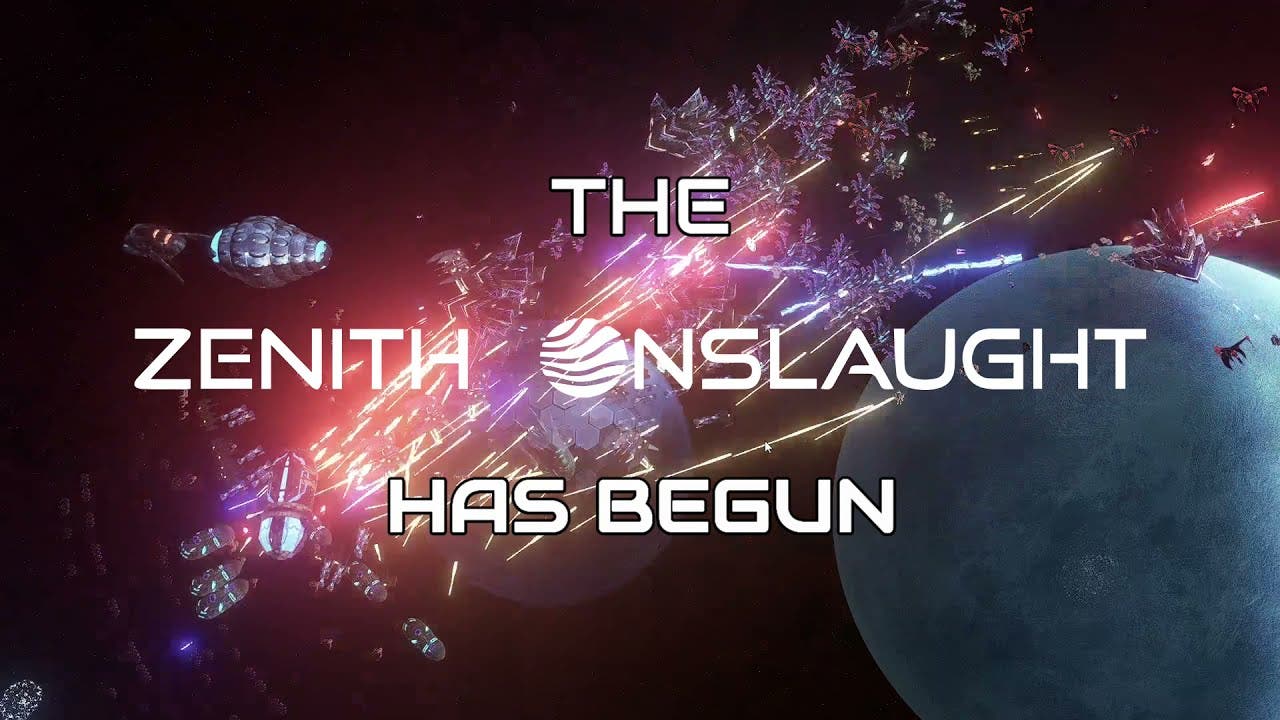 May 18th, 2021 — Arcen Games is excited to announce the release of a new expansion for its space strategy cult hit AI War 2 — AI War 2: Zenith Onslaught — available now on Steam for $9.99!

To celebrate, the new and definitive AI War 2: Titan Edition is also available today on Steam — including the first two DLCs and the base game. Plus all Arcen titles and DLC are on discount up to 75% off through May 21st at 10:00a Pacific Time!

The most devious and acclaimed artificial intelligence in strategy gaming has continued to evolve over the last year, with many major updates culminating in our recent Paradigm Shift (tutorial and overview videos included in link). AI War 2 is a grand strategy/RTS hybrid that reverses many of the conventions of both genres. Take territory without attracting attention, build your empire with care, and adapt to an ever-evolving galactic battleground.

The Zenith Onslaught expansion is absolutely jam-packed with features. From “small” details like powerful new elite Cruisers that you can put in a new slot in your fleets, to galaxy-spanning empires like the Dark Zenith and the Zenith Architrave, this expansion is filled with new tools to use and new foes to best. Wormhole Borers let certain AIs alter the map topology, while Nomad Planets alter the map topology on their own as they roam around. The Zenith Miners consume entire planets, and Golem variants abound. There are also options to make some of the new fations your allies, and take on the AI together.

AI War 2 and its expansions are available now on Windows PC, Mac, and Linux platforms.

Multiplayer co-op has been feature-complete for months, but is still undergoing testing. The original intent was a simultaneous launch with Zenith Onslaught, but the novel heavily-multithreaded shared-simulation approach has required more testing time than expected. Please feel free to join in and share any feedback you have! The multiplayer in this game required some novel design work that we hope can be useful to other developers; once we’re past the last of the bugs we hope to present our findings so that other games in other genres can benefit from our work in making self-correcting mod-safe multi-threaded complex simulations of arbitrarily large sizes a reality. We expect no more than 1-2 more months of MP beta, as the bug count falls with weekly updates.