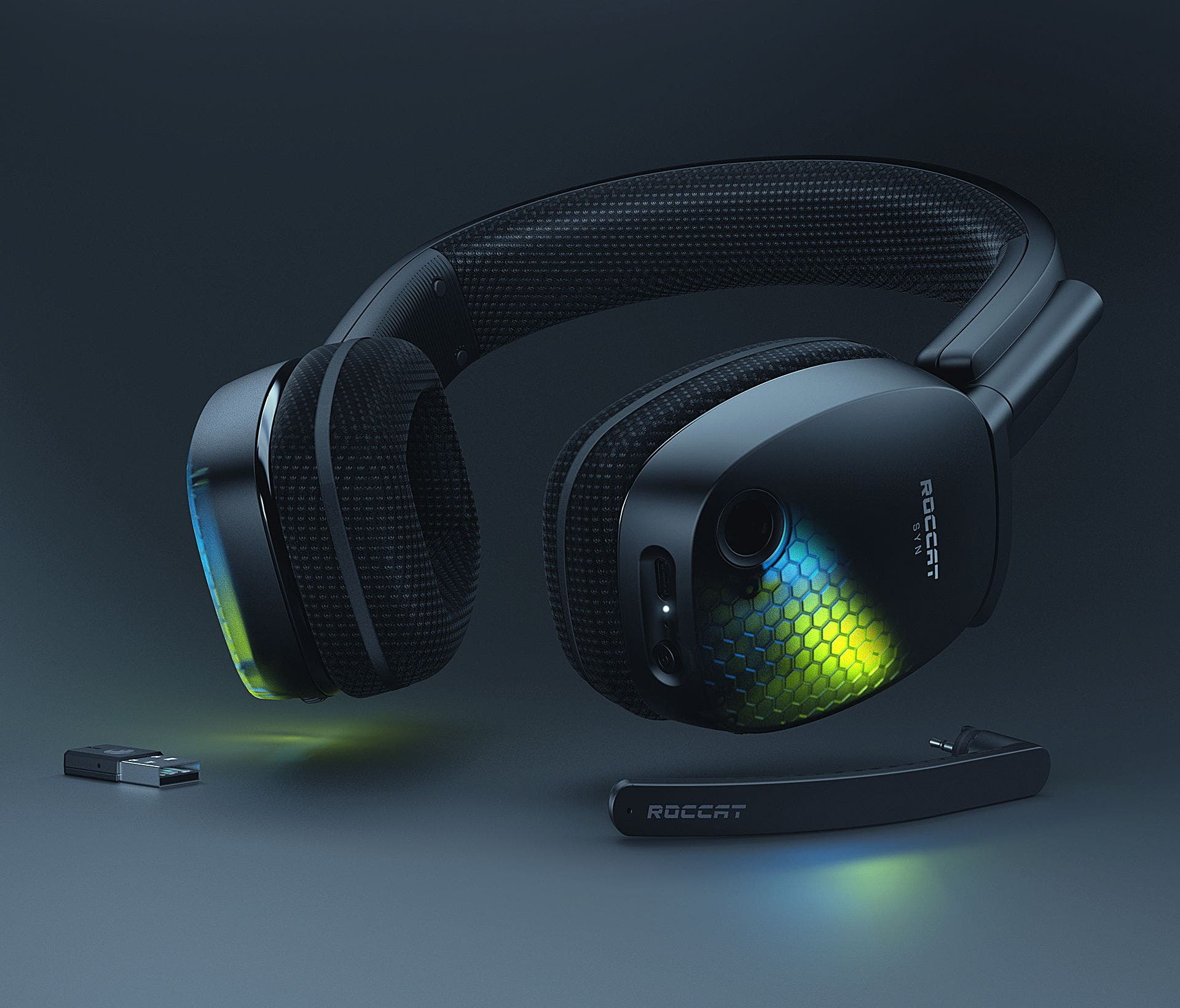 ROCCAT is all things PC gaming hardware: keyboards, mice, and headsets. The latest in the wireless line that end in “Air”, is the Syn Pro Air, an impressive sounding but flawed headset. This is a headset that actually hurt to wear, one of few I’ve had to induce so pressure I couldn’t wear them for long. The Syn Pro Air’s sound quality is bolstered by its 50mm drivers, but ROCCAT simply doesn’t quite nail this one with lackluster software and being a painful to wear headset. After unpacking the ROCCAT Syn Pro Air, I was immediately struck by the fact that the ear cups merely say “ROCCAT Syn”. I guess the ‘Pro Air’ is implied? It seems weird to omit the full branding of the headset. Now, it’s the only one of its kind, but still a weird design decision. Overall, it was fairly easy to setup the headset. After plugging in the wireless dongle to a USB port on my PC, the pairing process was almost immediately interrupted by software updates. But once that was done, it stayed connected reliably for the session. Though, subsequent times I’d power it on, it sometimes would take a few on/off cycles for it to sync properly. Thankfully this wasn’t a recurring problem, and shouldn’t be something to be concerned about long-term.

For a wireless headset, this has a great look that matches the visual stylings of ROCCAT’s other products like the Pyro keyboard and especially the Kone Pro mouse. The headset is incredibly lightweight, and has a stretchy headband, but no real notches for placing it onto your head. If you accidentally adjust it, there’s no easy “setting” to return it back to your fit. On the left ear cup, you’ll find the power, volume, a USB-C connection (though it’s worth noting that you can’t use the headset as a wired device), and a detachable flip-to-mute mic that could stand to be a little more flexible. On the right ear cup, you get a mic monitoring dial, and nothing else. This is a flashy headset that looks heavier than it actually is. 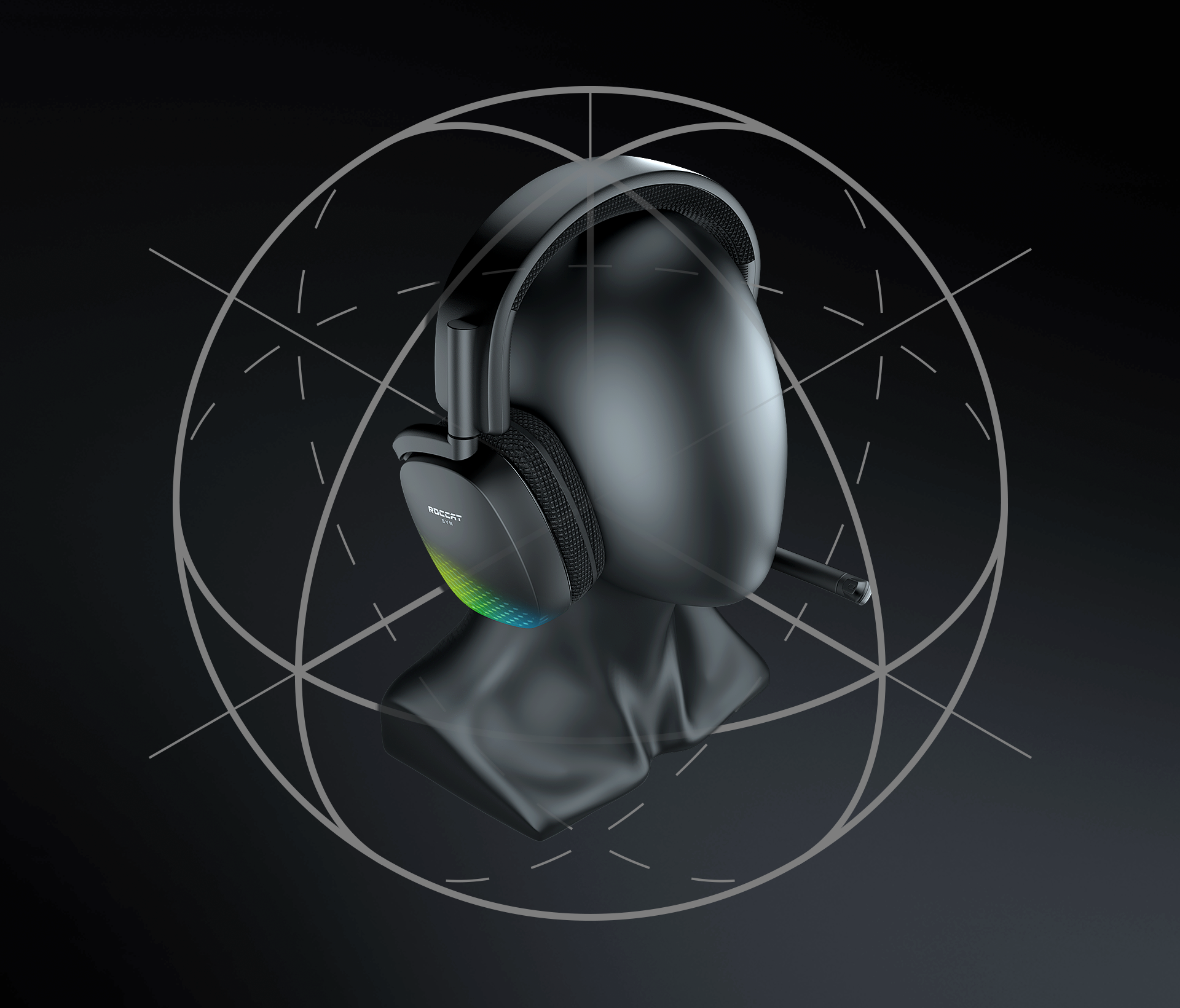 The ROCCAT Syn Pro Air has four tent poles it advertises. There’s the 3D Audio, which adds virtual positional audio as well as Superhuman Hearing (a feature from Turtle Beach headsets) to amplify things like the footsteps in Call of Duty: Warzone, where the audio is uneven (and even lacking). Then there’s Rapid Charge, where the battery life is well over a day of use with or without RGB; but if it dies, charges quick thanks to its USB-C connection. Then there’s Stellar Wireless, operating on a 2.4 GHz signal, allowing me to walk to the other end of the house before interference and distance start to get in the way, but is impressive nonetheless.

The last tent pole is about comfort. It advertises to be glasses friendly, but that’s not my experience. I like to think I have small ears, but the cups felt too narrow. It also felt a little tight on my head, even after a fresh haircut. Within an hour of wear, it quickly became uncomfortable to wear as it would put pressure on the side of my head. If I took off my glasses, the pain would slowly subside. This is extremely detrimental to not only my enjoyment, but anyone who wears glasses. I suspect if you don’t wear glasses, this won’t even be a “thing”. No amount of time has remedied this for me. So if I can’t be comfortable using the headset for extended periods, there’s no feature of this headset to make it worth enduring. 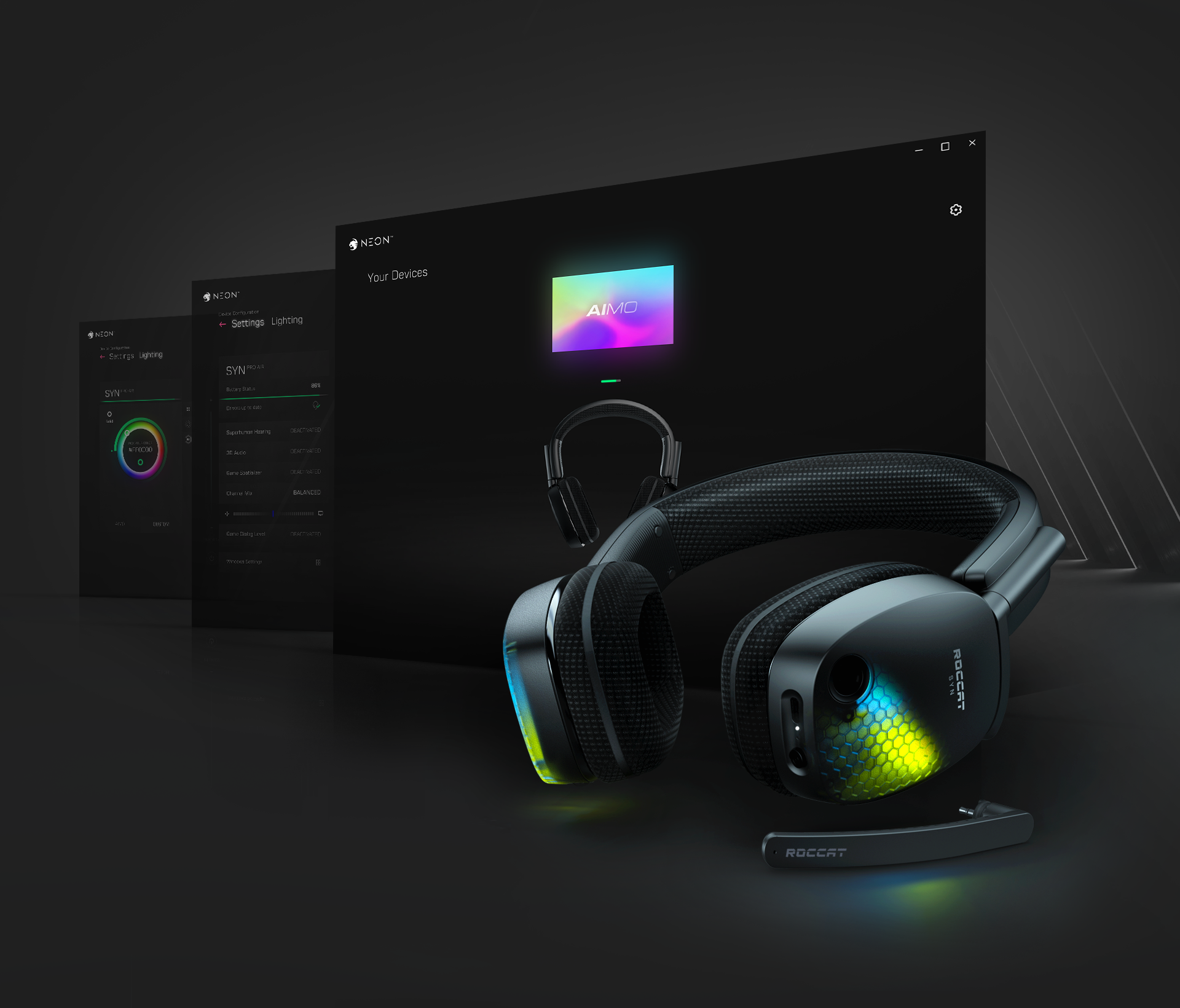 When setting up a keyboard or mouse, you’ll install ROCCAT Swarm to alter settings and adjust the lights. Naturally I thought the same would be the case for this headset, but that’s not true. For the Syn Pro Air, you’ll need to install the new Neon software in addition. I’m not a snob about installing “too much software”, but I’m surprised they couldn’t be housed in the same app together. There’s been numerous updates to the software and firmware since release, and they’ve been far more stable independently since then. The headset sometimes falls out of sync with the dongle, but this rarely happens now.

Inside the Neon app, you can change Settings, EQ, and Illumination. The illumination is a weird one, because YOU as the wearer of the headset can’t see the RGB is putting out. Now, you can tell it to use AIMO like in the Swarm app to sync the RGB lighting across all of your ROCCAT devices. But for the headset, seems superfluous. The EQ is off by default, and turning it on gives you finer control of your audio. And with the Settings, it’ll show you the battery status, let you enable Superhuman Hearing, enable 3D Audio, enable Game Spatializer, and adjust the Channel Mix. You can even enable Game Dialogue level, and open the Windows Settings quickly. This is still listed as “Beta”, so it has some work ahead of it, but it’s a lot more stable now than it was around launch. 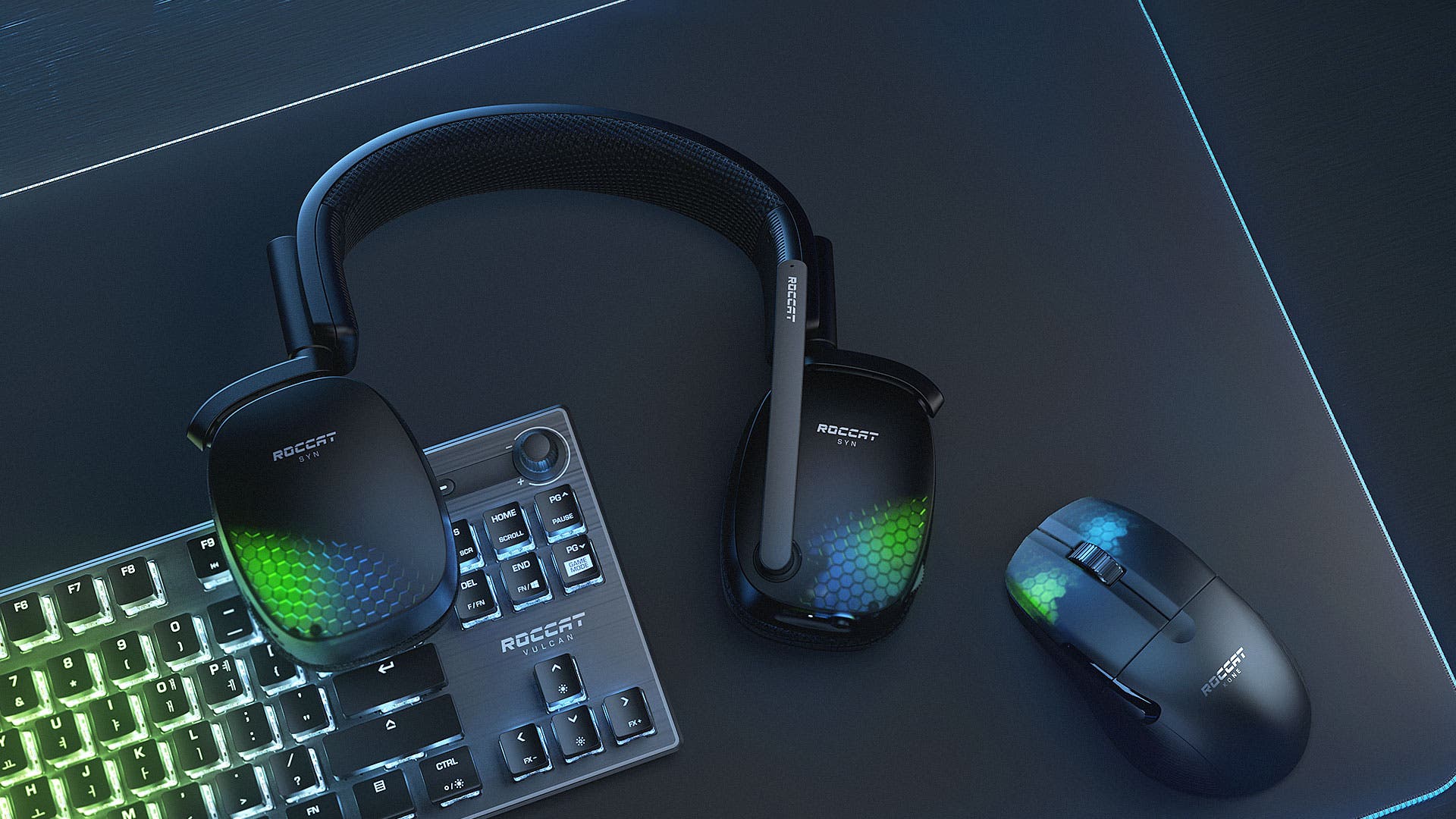 As someone who wears glasses, the ROCCAT Syn Pro Air has too much discomfort to tolerate, and feels rather noncompetitive in the market, when compared to other wireless gaming headsets. The software is not impressive, but it is improving in the right ways. When my head isn’t hurting, this headset offers great sound with lots of customization, and it “completes” your RGB set if you’re going for all-ROCCAT devices. This is a headset I’d be in love with otherwise, but has too many concerns to recommend fully.