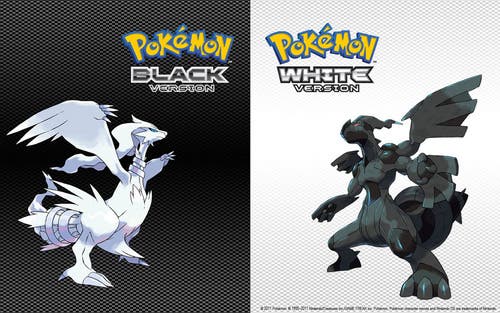 Its hard to believe that Pokémon Red and Blue were released thirteen years ago. In that relatively short span of time we’ve had five different generations of Pokémon games and with each new generation, new Pokémon, locations and concepts are introduced. Here we are at the beginning of the fifth generation. Is this new generation worth your precious dough? Read on to find out.

Pokémon Black and White introduce a new area known as Unova. Unova is located far away from anywhere you’ve traveled in any previous game, because of this Unova is full of new Pokémon never seen before and the game starts out with no Pokémon from any previous generation (Many more familiar Pokémon are introduced in the post-game).

Along with the new setting and characters comes fresh concepts as well. Rotation and triple battles bring something new to the table, both involving three versus three gameplay. While the main game mechanics are largely the same both in the overworld and in the battles, everything has been improved graphically. The overworld is in much more of a 3D viewpoint making everything look much more modern. In battle both Pokémon sprites are in constant movement and depending on their health and condition move faster or slower.

Unlike previous generations, the differences between Pokémon Black and White are more than just different Pokémon in each title. Pokémon White is much more heavily focused on the collecting aspect of the series with well over thirty exclusive Pokémon to catch in an exclusive area known as the White Forrest. If you’re about catching them all, White is definitely the way to go. Pokémon Black on the other hand, is very battle centric, featuring more triple and rotation battles than white, in addition to the area known a Black City which features a number of trainers which can be battled on a daily basis. Needless to say, if earning that EXP is your thing; Pokémon Black may be a better option for you.

With Pokémon Black and White, Game Freak has crafted quite possibly the best installment of the Pokémon series yet. The improvements to the series are sure to draw back those Pokémon fans who have all but forgotten about the series while also keeping those who have stayed true to the franchise waiting for more.