Grey Goo is a hypothetical scenario in which molecular nanotechnology, without limitations, is able to self-replicate and ends the world by consuming the planet. Grey Goo the game explores this scenario of the same name, and what results is a solid throwback of RTS’ of years gone by that fits well into today’s world. 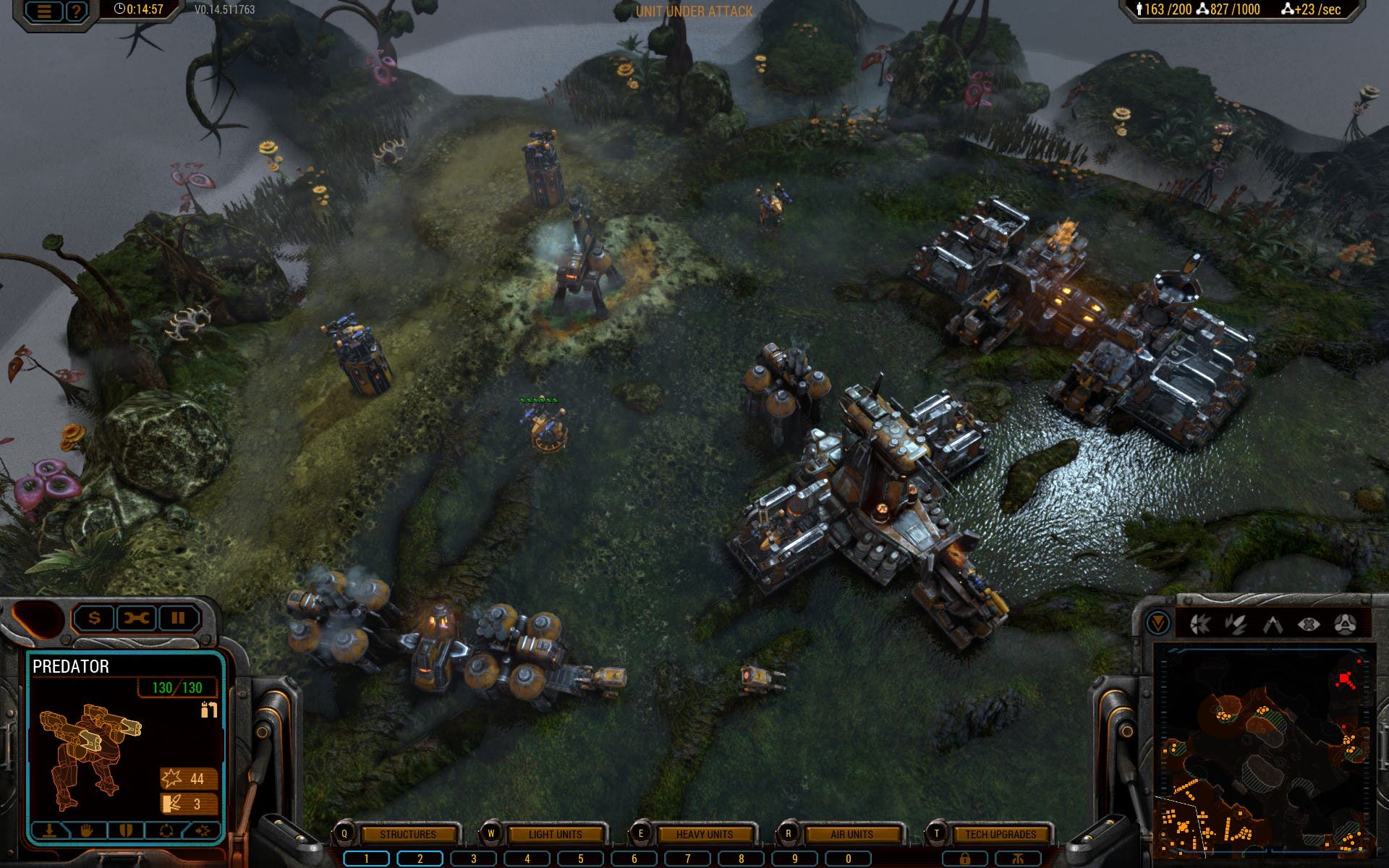 From the moment you embark into the campaign, you’re thrust into cutscenes that go above and beyond. Weta, the CGI wizards that Petroglyph teamed up with (made famous as Peter Jackson’s CGI crew) provides lifelike scenes that elevate what’s going on visually, of what would be pretty bland, story wise. As it goes, the Betas are doing experiments with things they shouldn’t, opened a portal, and the grey goo made their way in, which begins their dominance in overwhelming fashion.

Among the 15 campaign missions, everything feels so short as you play as each faction for only 5 missions each. Blizzard’s focus on each side of the conflict throughout StarCraft II has spoiled me. I wanted to spend more time with Grey Goo‘s factions, but time and the game just wouldn’t allow it. And while some missions can take an hour to complete, just as I was getting used to the units and characters, I had to move on. 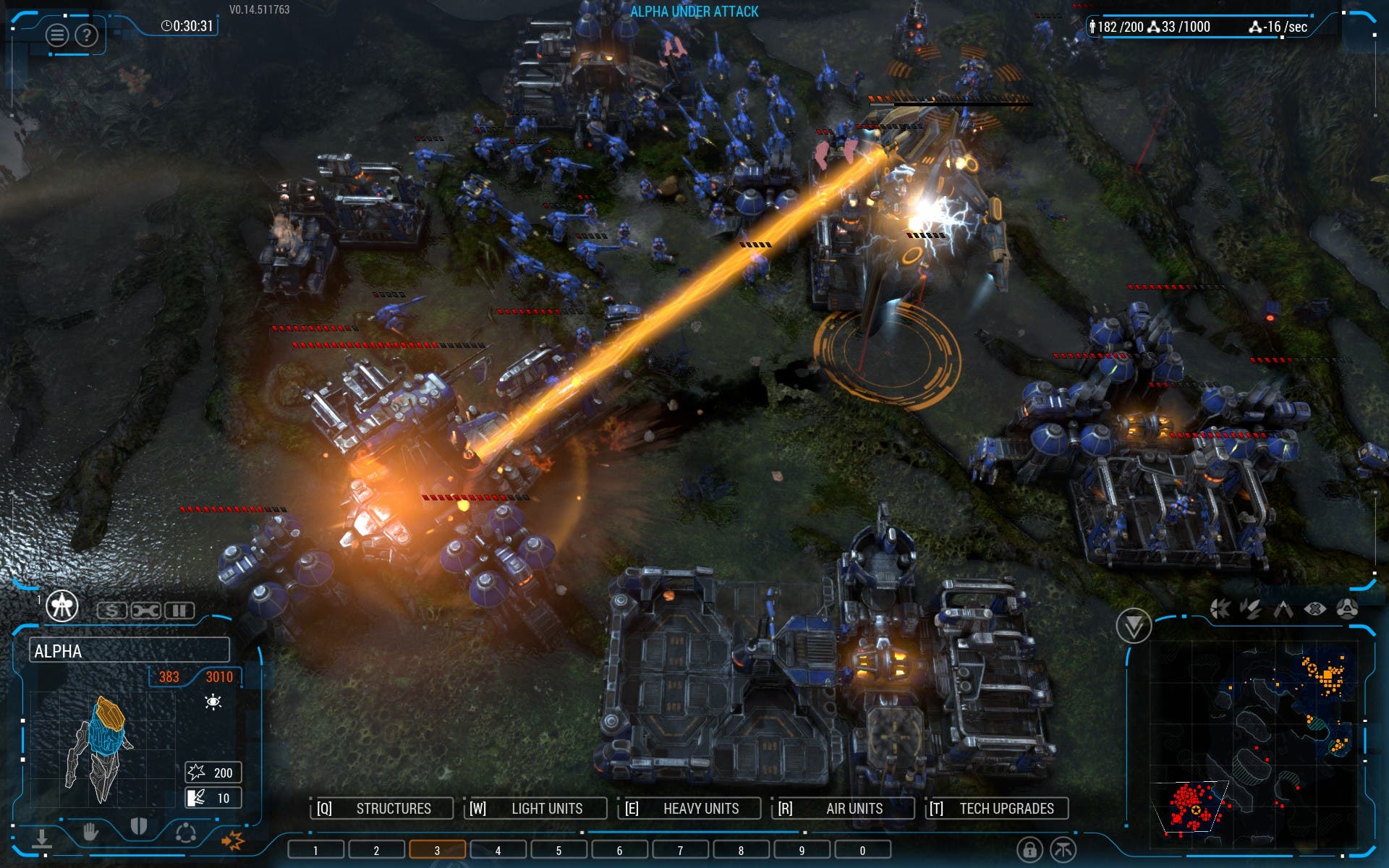 The Human and Beta play nearly identically to one another, with the Beta playing the most traditional to those familiar with real-time strategy games of the past, most notably Command & Conquer. Humans need power conduits to keep their building chain alive, sever it and all power is lost, and construction is stopped. It’s annoyance, but luckily the cost to repair is low. The goo unsurprisingly plays different from either of them, but perhaps more different than you’d expect – they are in a state of constant flux and motion, a living organism of bio-mechanics. You’ll take over over a resource, and it grows in mass. Over time is able to split off to create different unit types, as well as other mother goos it spawned from. But splitting reduces the overall health of the mother goo.

Grey Goo‘s pacing leads you to believe everything is equally fast-paced with progression of units. But once you construct the “epic” unit, they are so slow, it actually reduces the momentum of the match as well. The tech upgrades provide the minutia to the units you’d be looking for, as you have to make decisions between options to upgrade with, forcing some actual tactics with what you bring to the battle. The simplified economy is worth appreciating, as you won’t have mine multiple resources just to build simple things in the game. This helped streamline the early game, allowing you to pump out units quickly and efficiently that focuses more on action than just the pure strategy.

Keyboard shortcuts help with the quick access to units, and are all categorized easily on the, what I consider to be, large UI. That said, everything is legible and discernible. The difficulty of Grey Goo was a concern for me as I’m not typically great at RTS’, but I was very easily able to play and understand the mechanics, all while upping the difficulty mid-way through, showing that I was able to improve as a player.

Grey Goo falls short on colors, as it is colorful at all. It’s very heavy in the brown. But it is pretty, though. The detail of units when standing by, waiting for commands or in the heat of battle exchanging fire is just great to see in motion. The places that battles take place range in locale, but are beautiful, alien places that makes you want to explore them. 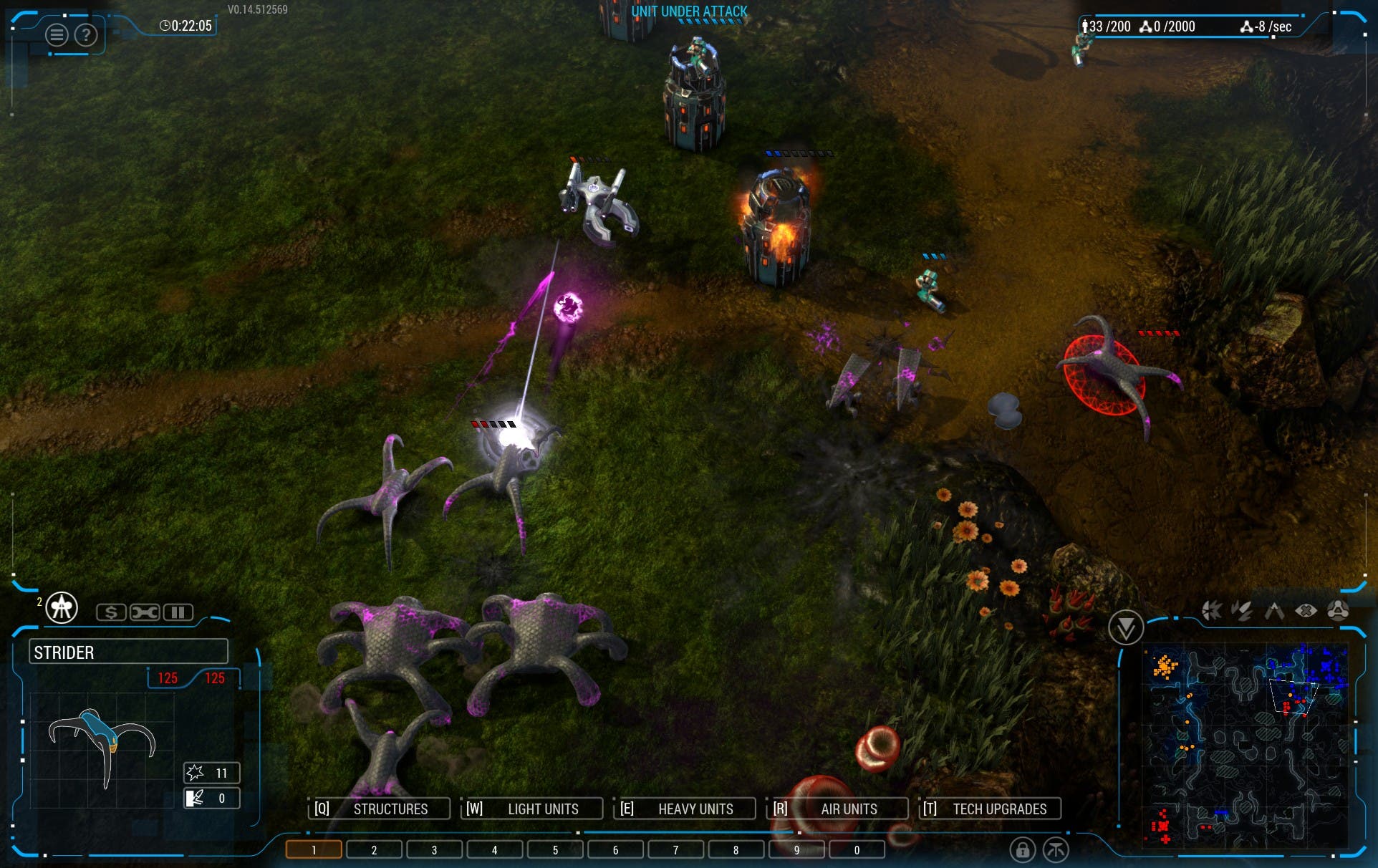 Skirmish is as you’d expect it to be, but a bit sparse when it comes to playable maps. This is okay for the most part, as you begin to learn the maps faster, but you’d expect much more vast and varied worlds between these three races. This shortcoming also carries over to multiplayer as well.

Multiplayer in the online community of Grey Goo is an unknown in terms of how players use online factions against one another. Now is a good time as everyone is still learning, and yet to master what’s best

Grey Goo borders on the edge of being boring, but it is a solid RTS that is streamlined, an efficient use of your time, and provides enough of a good story to keep you going through the campaign. After you’ve conquered the campaign, you’ll command yourself to victory online on an even battlefield of those coming to terms with the nuances of the same units.