Order of Battle: Winter War is coming soon to PC and Mac

Only few weeks have passed since the US Marines fought in the vicious island-hopping campaign against the Imperial Japanese troops. Now Order of Battle is landing on a new theatre of operations. Far away from Guadalcanal and Iwo Jima, three years earlier, in a white and freezing Northern Europe, another violent act of war is initiated.On November 30th 1939, right after the outbreak of World War 2, the Soviet Union declares war on the neutral nation of Finland.

Order of Battle: Winter War closely follows the brave defence of the Finnish Armyagainst the vast Red Army that seeks a quick victory. In a brand new campaign that includes 14 scenarios, players will command the inflexible and stubborn Finnish soldiers that fight for their homes and families in an inhospitable environment. The game brings new units and a completely new climate and terrain: winter, with its snow, impacts the movement of soldiers and the frozen lakes can be crossed by ground units but cannot be entrenched.

This expansion is now ready to enter the beta phase on PC! And Slitherine invites players to help us test it! By signing up for the beta, players will have a chance to be selected to be one of the lucky few who will be able experience Order of Battle: Winter War before release and help us with the final touches, ensuring a smooth release in a few weeks. 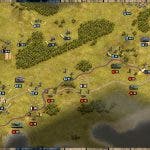 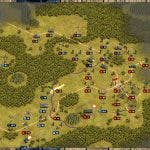 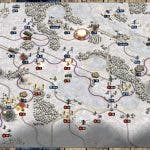 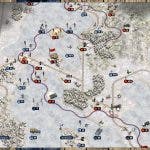