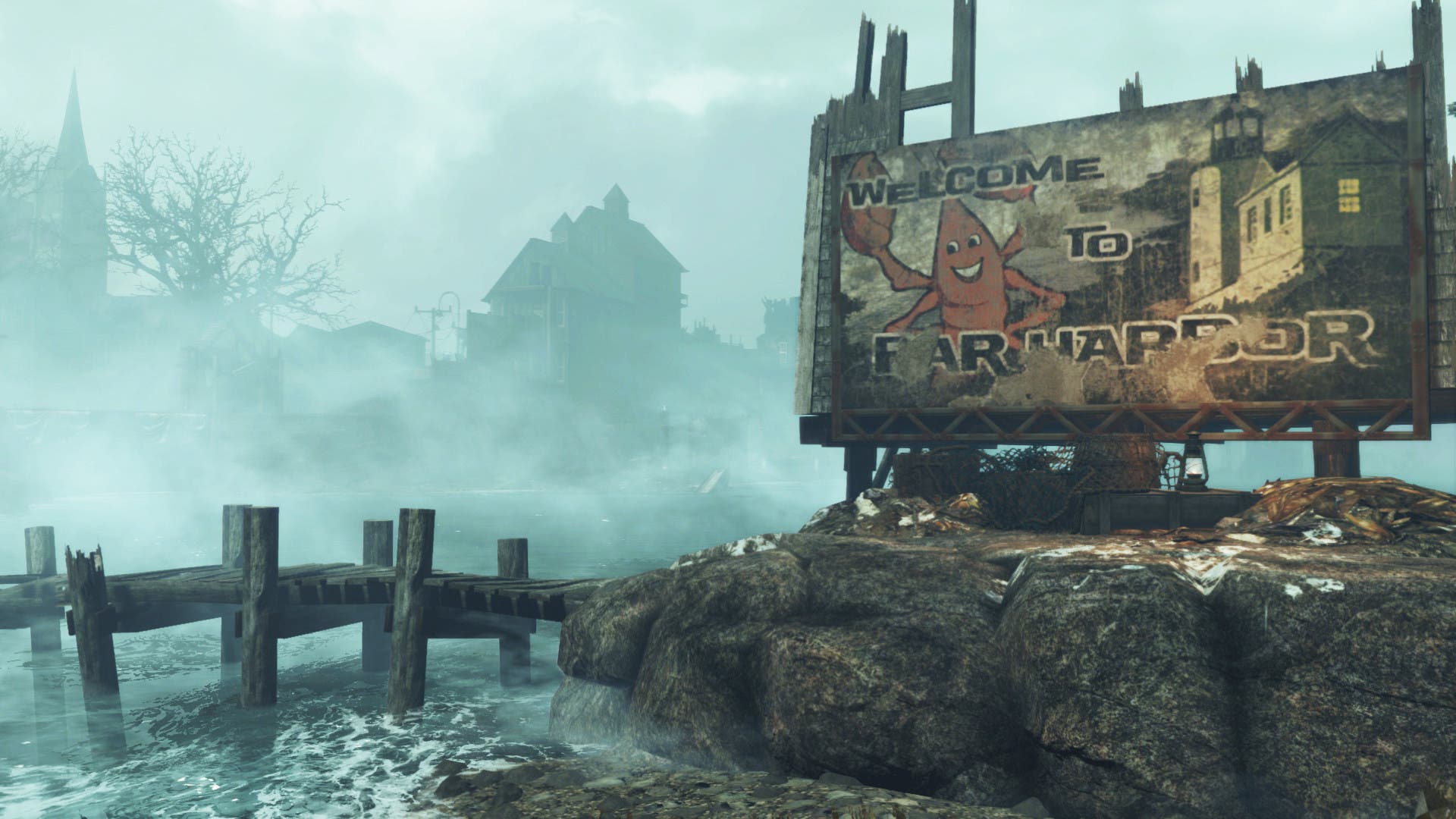 Far Harbor is simply the only thing really worth experiencing in the Season Pass for Fallout 4. It’s a blunt, but fair statement to make. Automatron and Wasteland Workshop had diminishing returns for the Season Pass. Far Harbor is like Elder Scrolls IV: Oblivion’s “The Shivering Isles” or Fallout 3’s “Point Lookout” expansions, in that they offer sprawling landscapes in all new locations where thought and care was taken into crafting these places. Far Harbor is the next great example, exploring an island off the coast of Maine, is a trip full of mystery, secrets, and unexpected diversions that will capture your attention for another dozen hours. Kicking things off is a bit different for Fallout DLC, you must head over to Valentine’s Detective Agency where a family has lost their daughter, and wants you to find her. After a quick discussion and some sleuthing, you deduce she has gone up the coast to an island off of Maine to run away. What follows is nothing that none of the trailers have spoiled, or anything I would have expected. War is brewing between all the inhabitants of the island, the townsfolk, the synth colony, and the Children of Atom. Someone is behind the fog, and an all-out war is seemingly the choice in ending this battle once and for all. But the survivor of Vault 111 can make everything peaceful if played right.

Far Harbor is a massive chunk of land to explore. With this new territory comes new creatures like mutated praying mantis’ and tadpoles. They are frightening creatures that an island-sweeping fog has shrouded them and its people. This fog is of course irradiated so it alters behavior and enhances its effects. It also is encroaching on the town of Far Harbor, which, thanks to fog condensers are able to keep it at bay. The main quest often gets very diversionary as you are engaging with the synths, the Children of Atom, and the townspeople of Far Harbor doing odd jobs for them. You’ll discover a destroyed competitor of VIM! Pop Inc, a Vault underneath a hotel, and even a ruined national park. The constant freshness that Far Harbor provides shows that a lot of thought went into making this look and feel unique.

Besides new enemies, there are new weapons, armor, and magazines to increase your stats. Going into Far Harbor at Level 61, it was challenging, something that I hadn’t felt in many hours of Fallout 4 in the Commonwealth. But coming out of Far Harbor though, there was still many places to explore, and stories to uncover. The new Marine Assault gear that had been acquired, was like wearing mini-power armor for your character. Far Harbor has moments of funny too, which is rare but was great to see in so many different places. I do wish the performance fared better on PlayStation 4, often dipping down to 20fps, but that’s not the case on PC or Xbox One, and a patch is on the way. This is the best the Season Pass has to offer, and Bethesda seemingly saved it for last. If you’re gonna get the Season Pass, know that you’ll want and will spend most of your time in Far Harbor, because it is a great, lengthy story full of intrigue and mystery that fits perfectly into Fallout 4. This place is far away from metropolitan areas and this add-on benefits greatly from it.