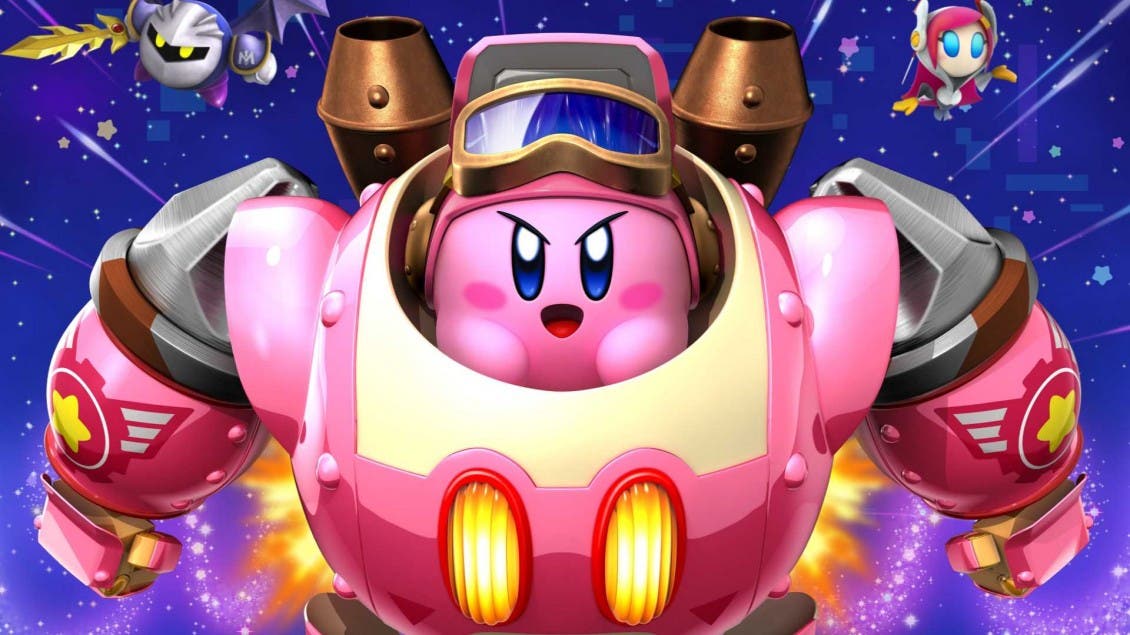 For better or worse, very little has changed with Kirby. He’s a fluffy pink sphere that inhales nearly everything with extreme prejudice. But that paints a darker image than what you know about Kirby. He’s a do-gooder, out to right the wrongs that he comes across. Kirby: Planet Robobot continues that trend for Kirby, and does so in just enough and exciting ways that make this adventure new and perhaps a bit too easy for older players, but is enjoyable all the same. Kirby: Planet Robobot makes creative uses for foreground and and background traversal. This is all makes for a more compelling case when played in 3D mode. The colors and the effects pop, making it easier to discern when lasers are passing in and out of the foreground and background. This is one of the better uses of 3D that I’ve seen that also didn’t make me a bit motion sick.

The game comes with sub-games to play via the main menu. There’s The Arena, which is a 4-player game to compete in, Team Kirby Clash is an action RPG type of game with CPU or real people for up to 4-players. Kirby 3D Rumble is another one where you play Kirby in 3D space to collect coins against a ticking timer. After you’ve beaten the main story to Kirby: Planet Robot, a modified Planet Robobot story mode unlocks: Meta Knightmare Returns. This is where you play as Meta Knight and go through the game again in this alternate scenario. The story of Kirby: Planet Robobot is soft and plushy meets hard steel, but it is hardly a grim tale. Mechanical robots have taken over Kirby’s homeworld and it is up to him to stop it. Kirby: Planet Robobot starts off seemingly simple, with Kirby able to inhale enemies and copy their power, with a whopping 27 possibilities. Not long after, you encounter an enemy in a big robotic suit, and after they are defeated, it is left behind. You are able to jump into it, and the robotic suits turns the appropriate pink color. From here, you are able to scan enemies and take their powers for a total of 13 different combinations. There are specific cases when the suit is needed, and it is a great sense of empowerment as Kirby is able to smash through wood, steel, and enemies with no damage to him.

There are hidden data cubes in Kirby: Planet Robobot that unlock the boss of each area, and eventually the final boss. This is a clever way of not only encouraging exploration, but making collectibles in a game worthwhile. There are far too many games that just have them just to have them, with little to no meaning. Here, it makes sense and they are fun to seek out. Kirby: Planet Robobot is one that feels familiar but plays enough different to warrant the purchase and play. The sub-games that are available or become unlocked extend the game’s replayability, and the collectibles are fun to find. This is an accessible side-scrolling platformer for all ages to play and enjoy. I did find the difficulty to be a bit too easy at times, but it just meant I was never frustrated and had a great time playing it.

A Nintendo 3DS copy of the game was provided by the publisher for review purposes.