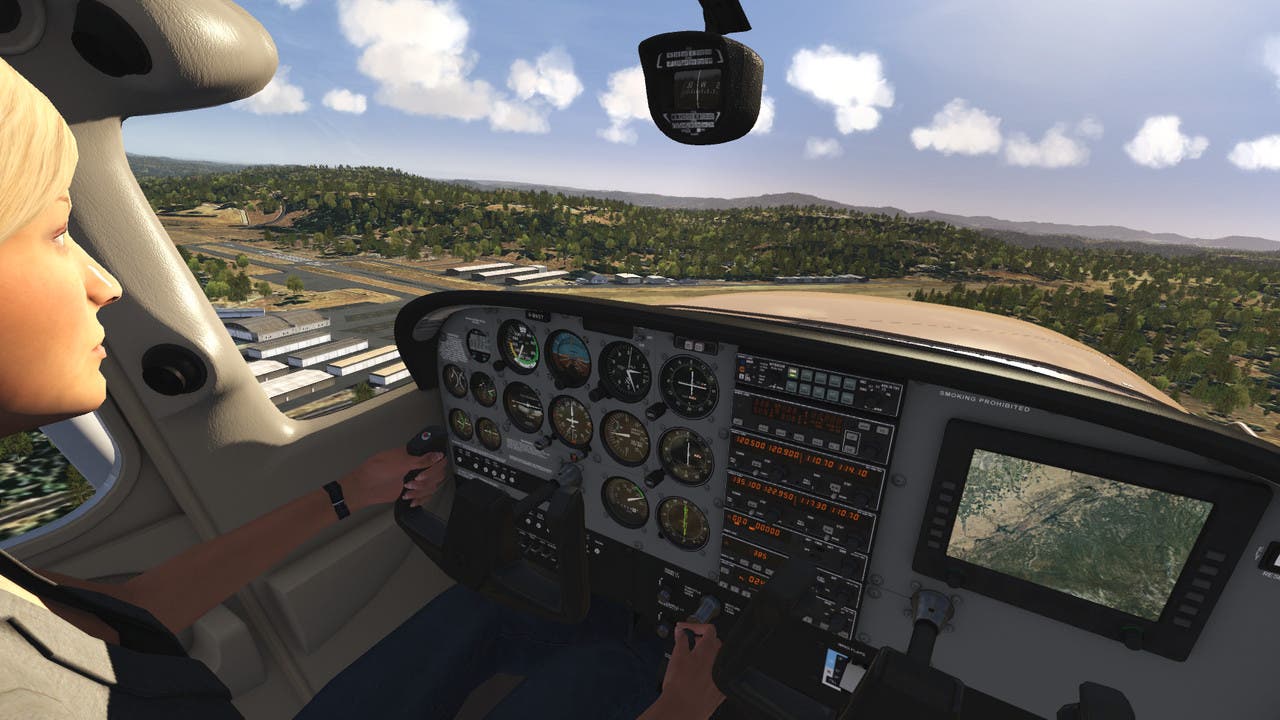 Aerofly FS 2 Flight Simulator comes from IPACS, a German developer who previously released Aerofly FS and Aerofly RC that lay the foundation of what makes this such a solid game. As such, Aerofly FS 2 is a much improved game over its predecessors and has shown that the developers have learned a lot with each game. Aerofly FS 2 may be a bit basic in presentation and execution, but it is highly enjoyable for newcomers, and veterans of flight sims alike. 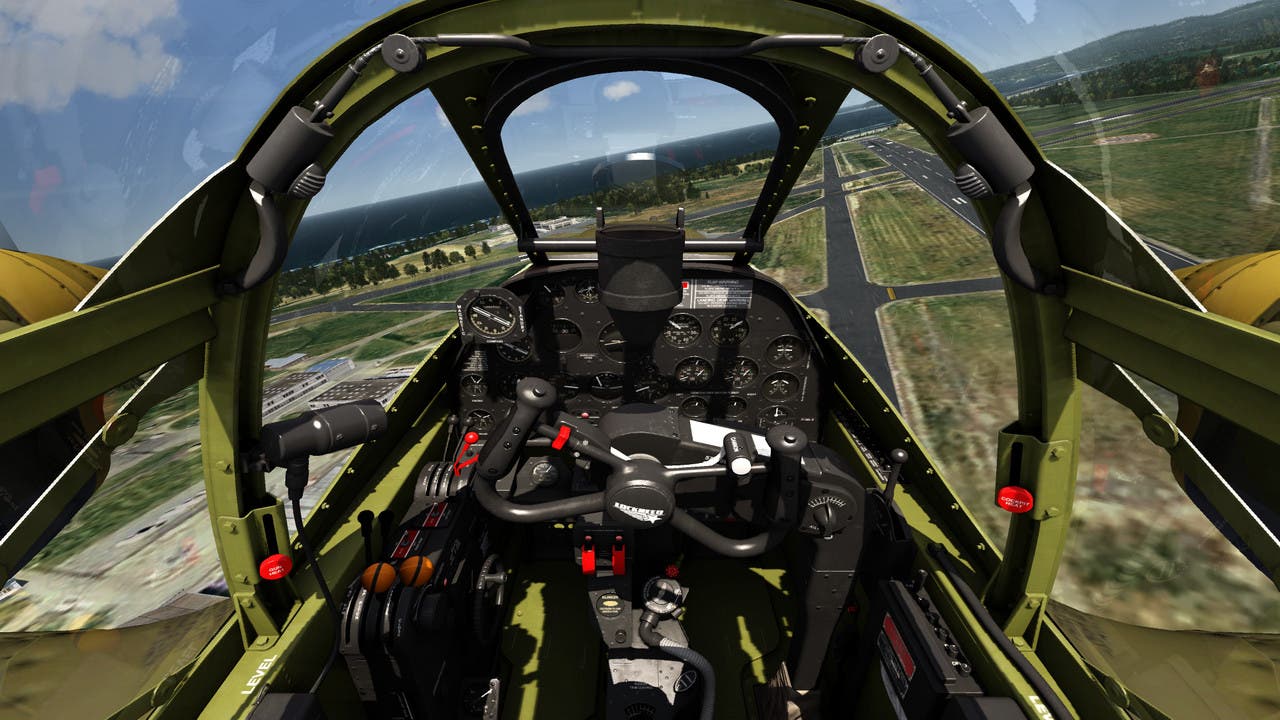 As with any good flight simulator, there’s a flight school to teach you the ropes. Games like this can’t assume everyone knows how to fly — especially correctly. After completing flight school, not only should you be acquainted with your controls, but the basics of flight. Each aircraft handles differently, so there’s a bit of a learning curve with that. This is a pared down game with a great flight model. As you fly, you’ll see the wings flex depending on how much turbulence or tension of too deep of climbing or descending. But, it doesn’t seem that fuel is a factor, so you can seemingly fly forever. It’s jaw-dropping taking out a stunt plane and flying in-between the rocks of Monument Valley in Utah during sunrise, or flying the F-18 through the Grand Canyon doing your best “Independence Day” recreation.

The environment in which you fly your aircraft is rather lacking and sometimes hollow, despite how good it looks. This is due to the lack of an air traffic control tower and other traffic (meaning other planes following a schedule or path). The weather simulation is distilled into wind (strength, direction, turbulence, and thermal activity) and clouds (visibility, cumulus density, cumulus cloud height, cirrus cloud density, and cirrus cloud height). So you won’t be able to create situations where you are flying through storms. You can change the time of day by holding ‘T’ which is a nice touch without having to reload the game. You can choose your location, provided it is any of the locations they’ve built out. So places like Florida or South Dakota doesn’t have anything but textured ground, without buildings or airports to land at. Creating your own navigation paths is painless, and can follow from one airport to the next, and it does a great job at showing you in the world, gates of the best path. 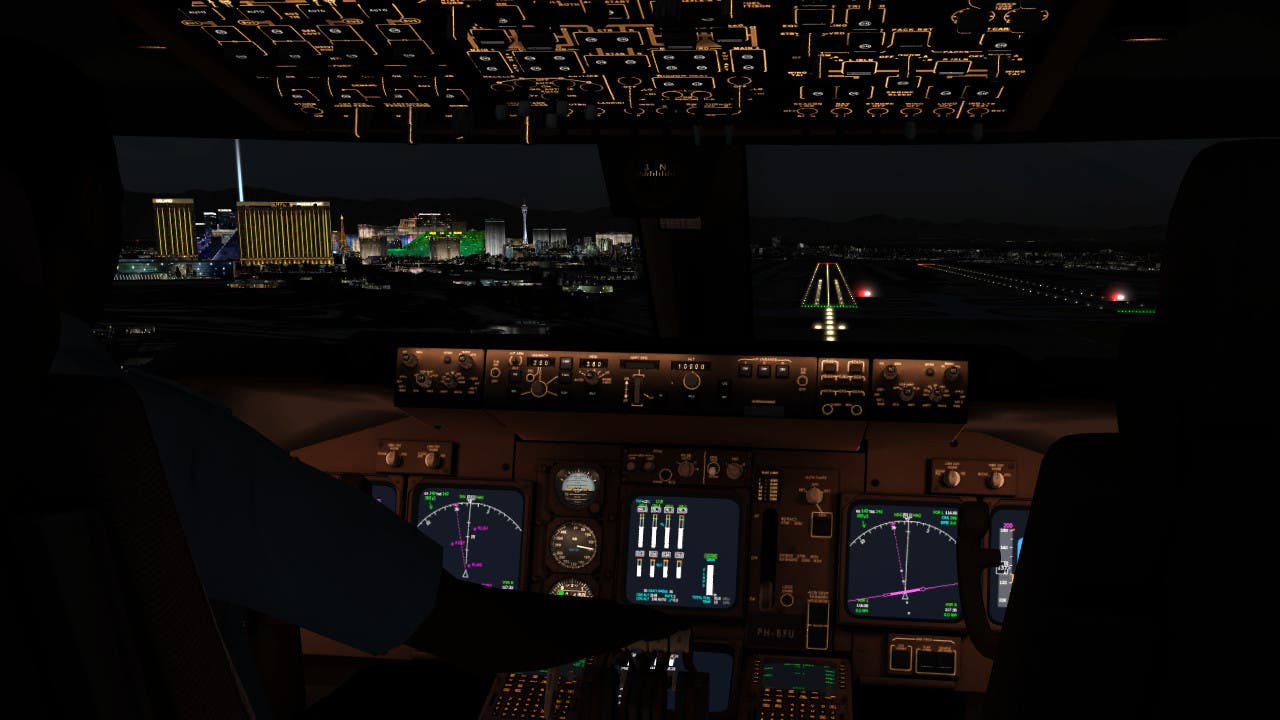 There’s a variety of aircraft, with 16 included aircraft including the Aermacchi MB-339, Airbus A320, ASG 29 glider, B737-500, B747-400, Baron 58, C172, Corsair F4U, Extra 330, F-15 Strike Eagle, F-18, Jungmeister, King Air C90 GTx, Learjet 45, P-38 Lightning, Pitts S-2B biplane, Sopwith Camel, and Swift S1 glider. This provides a healthy selection of aircraft from personal, professional, and military (both historical and modern). As with any flight simulator, there’s some paid and free DLC. The free DLC comprises of high-resolution assets for the southwest US, which now includes Utah and Colorado. Previously it covered California, Nevada, and Arizona. Some areas like Chicago Meigs Field and Northeastern USA are paid, but highly detailed. Aerofly FS 2 does seem a bit too dependent on add-ons and third-party content going forward.

Aerofly FS 2 has great performance, where I’m able to have every setting maxed, and get at least 120fps. Do note that this is a hefty download so far, with my current installation sitting at 125GB, and that’s not with all the available DLC purchased and installed. But this looks absolutely stunning in motion. It has support for VR with HTC Vive and Oculus Rift out of the box, and that’s excellent as it is very immersive even not in VR. The game even accommodates the fact that you might not even own a flight stick, as gamepads are supported natively and works extremely well. This I think bridges the gap between novice and experienced pilots, or those who want to see what these games are like, before buying flight stick hardware. 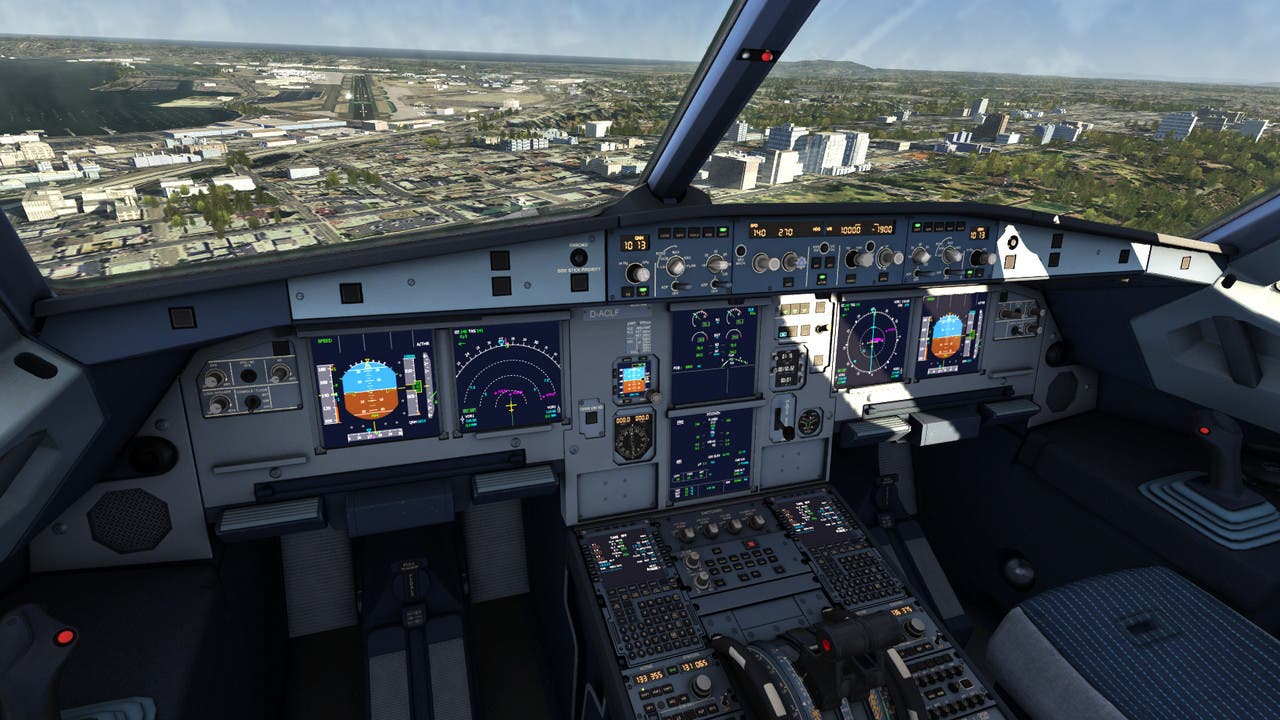 Aerofly FS 2 Flight Simulator is really good at what it does, but is a bit limited in its scope and delivery. This is a basic simulator that looks good but lacks more detailed features you can find in other simulators. This is said, not to diminish the hard work that IPACS has done, but instead praise them as this helps more casual players than serious players. However, serious players will find a lot to love in this. And honestly, it’s the best looking simulation game I’ve played to date. Aerofly FS 2 is great at not overwhelming the player with it’s interactive 3D cockpit, or available options, and this is a great way for anyone who’s interested in getting started with flight simulators.