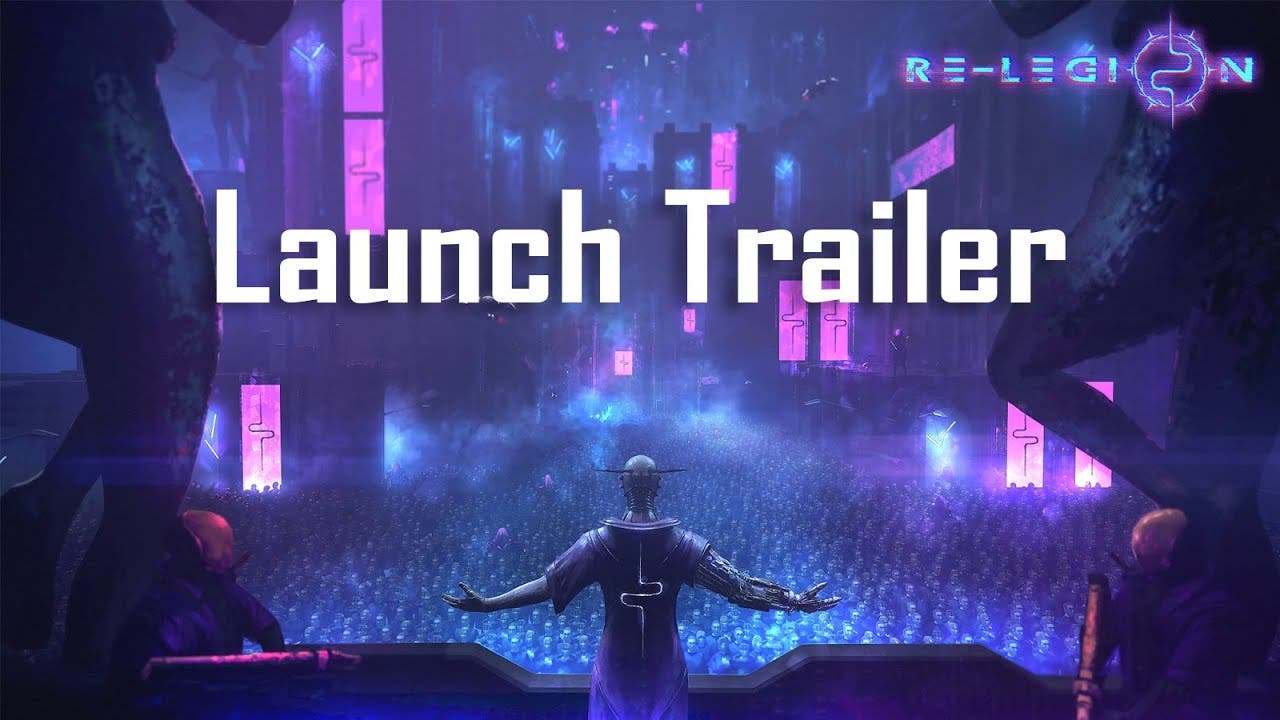 Cyberpunk RTS, Re-Legion, is now available on PC via Steam and GOG

Re-Legion is a top-down isometric RTS where players take on the role of a prophet in an oppressive technocratic society. In the role of the prophet Elion, a strong leader who promises to rid the world of misery, players can define their own belief system and convert citizens into cultists. As Elion increases his power, he turns non-believers into his “Followers”—introducing a very different resource management system where the conversion of ordinary people drives the player’s rise to dominance.

“Re-Legion is a unique strategy game that transports players to a dystopian world where their decisions matter, both in a tactical and moral sense,” said Nikolay Baryshnikov, CEO of 1C Entertainment. “As Elion, players can achieve power through many methods, including conversion, hacking, combat, upgrades, and special abilities—the choice of how humane or brutal the approach is yours to make.”

Re-Legion has attracted attention with its unique cyberpunk premise, fresh mechanics for creating units by converting ordinary people, and dark, neon-tinted art style. As the game unfolds, players will convert more followers—essentially, their units—and the cult will expand its possibilities by obtaining “CryptoCredits” to enable upgrades while cultists increase their “Faith”, a secondary resource, in order to gain and use special abilities. Cultists can also use hacking to expand and control territories and convert other citizens—or fight enemy units and non-believers. As Elion, players can also choose different Dogmas for their cult, taking varied approaches through different playthroughs.