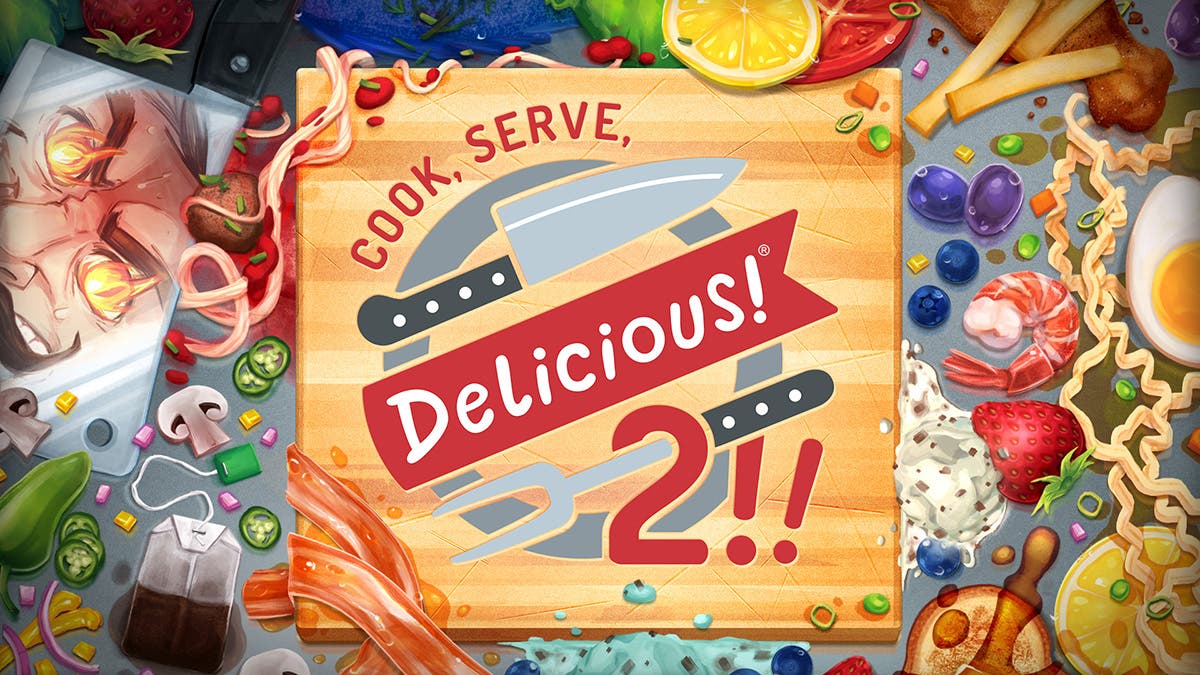 Back in 2012, a fun little cooking game made its way onto Steam. To play it was hectic but rewarding. Its name, Cook, Serve, Delicious!, and it captivated my gaming heart. As crazy as this series can get during a single day in the game, it’s was such a great way for me to unwind. With 2017’s sequel making its way to the Nintendo Switch, it gives me another reason to turn the lights back on in my restaurant’s kitchen.

Cook, Serve, Delicious! 2!! brings the familiar format back with over 180 different meals to prepare, a considerable jump from the 30 dishes of the first game. If you’re new to the series, they throw you into an easy-to-follow tutorial, guiding you through the basics. Even if you’re a veteran Cook, Serve, Delicious!, player, you may want to check it out anyway as they’ll teach you about the new holding areas. Holding stations are a great feature as you’ll be able to select from specific items and side dishes to prepare in bulk and to have them ready to go for orders. It’s two-fold though as yes it helps to rush out orders quickly, it also means that you have another section of the screen to focus your attention. A few recipes are holding station only, side dishes, as they’ll serve to tidy over guests while they wait for you to prepare their food. Think of it as a time extension, a customer with things like Pretzels or French Fries sitting in the holding station won’t get as upset with you if you’re taking too long on their order. During the lunch and dinner rushes, it is vital to keep your holding stations full to prevent you from becoming too overloaded.

They’ve included a new feature where you can customize your restaurant with over 1000 items of decor, but you’ll have to earn those items by winning medals, leveling up your chef, and completing shifts. The Teragon Tower is where you can obtain the medals and levels, working as a chef-for-hire in the 30 or so different restaurants. Each restaurant has a theme and pre-selected dishes. They separate these dishes in various menus that you’ll unlock by earning, you guessed it medals and leveling up your chef. Earn some cash, and you can outfit your restaurant with new equipment and new menu items as well. 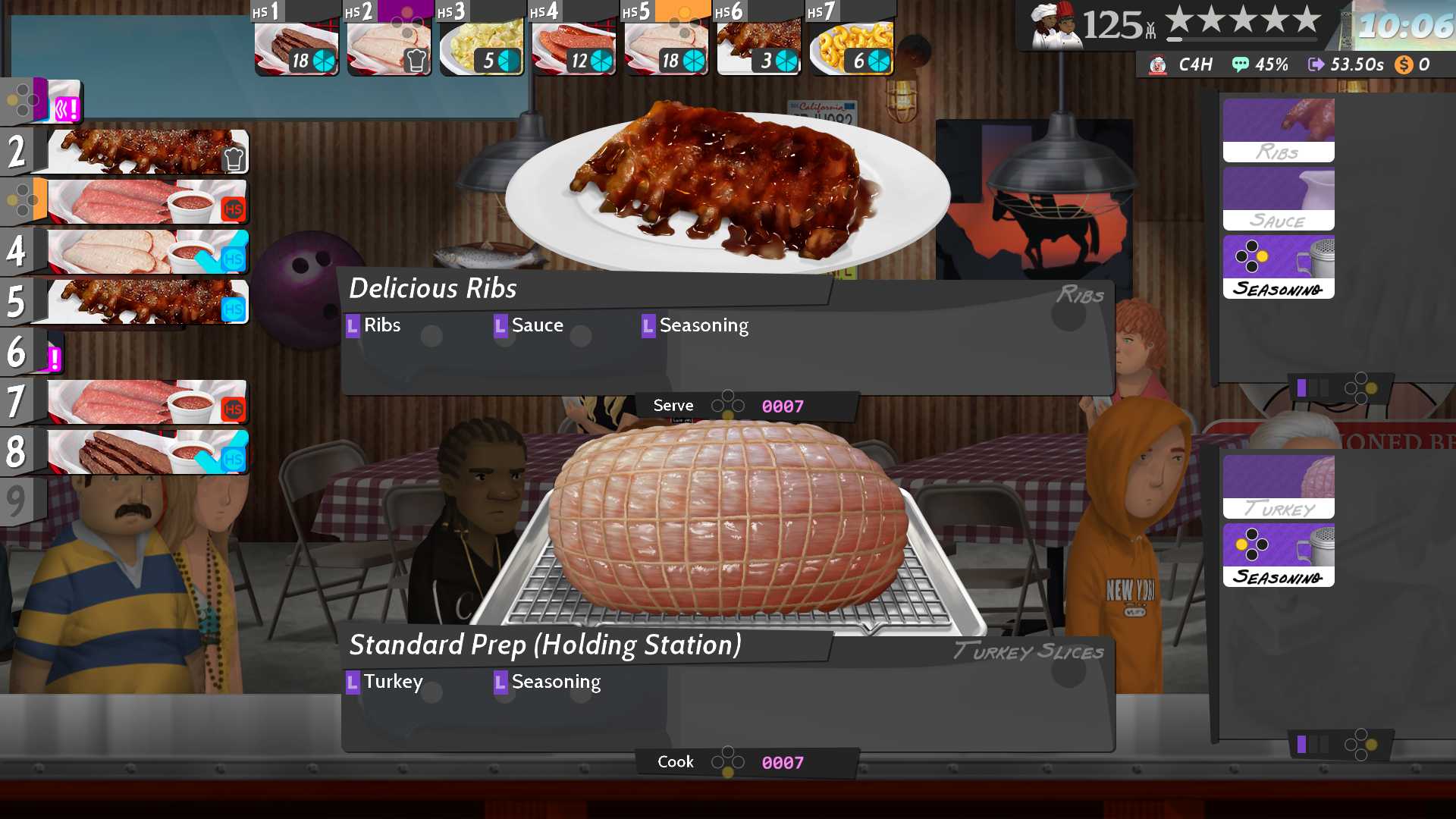 So how does the Switch handle the chaos that Cook, Serve, Delicious! 2!! brings to the table? Very well in fact. For those unfamiliar with how Cook, Serve, Delicious! plays, each operating day in the restaurant lasts about 5 minutes. Each meal you’re preparing requires a combination of specific button presses to serve. On PC you have letter keys to correspond to the different ingredients a dish needs. So for example, if you’re making Hot Dogs, the M key would be for mustard, R for relish, K for ketchup, etc.. Each order will only stay up so long, so if you don’t select it to be made it will eventually go away, leaving an unsatisfied customer. You’ll find that you’re always in a rush to get an order done and out the door with the looming threat that pressing the wrong button, placing the wrong ingredient, will ruin your shift. But this is the Switch version; there are no keyboard keys. Very astute my excellent reader, you’ll have to use a combination of the face buttons and the triggers to change ingredients. I find that using the controller gets just as hectic and at times maybe more confusing if you’re not paying attention. But it doesn’t detract from the thrill of the management.

So with that said, if you’ve played on other platforms with a controller, you may need to break some habits since buttons are labeled differently on Nintendo Hardware, but other than face button layout, the Switch is a comfortable place to play. The Joy-Cons work within all variations with the touch support being the best option in my opinion. What I love about touch controls is not having to worry about holding triggers or remembering buttons to press when whipping up an order. I’m able to tap on exactly what I want to do. It is honestly the best way to play Cook, Serve, Delicious! 2!! It got me wondering why there was never a mobile port of the first game, and to my surprise, there was one! So I immediately tried it out and had a great experience there too, so I spent $2.99 to unlock the full game. My only gripe with the Switch touch controls is that you’re only able to use touch during gameplay and are unable to mix and match buttons presses with it. I would have like to have been able to save just a slightly little bit more time by pulling a trigger to switch between the different menus so that I could tap the item I wanted right away. It also won’t let you use the touchscreen in the main menus, a slight bummer. 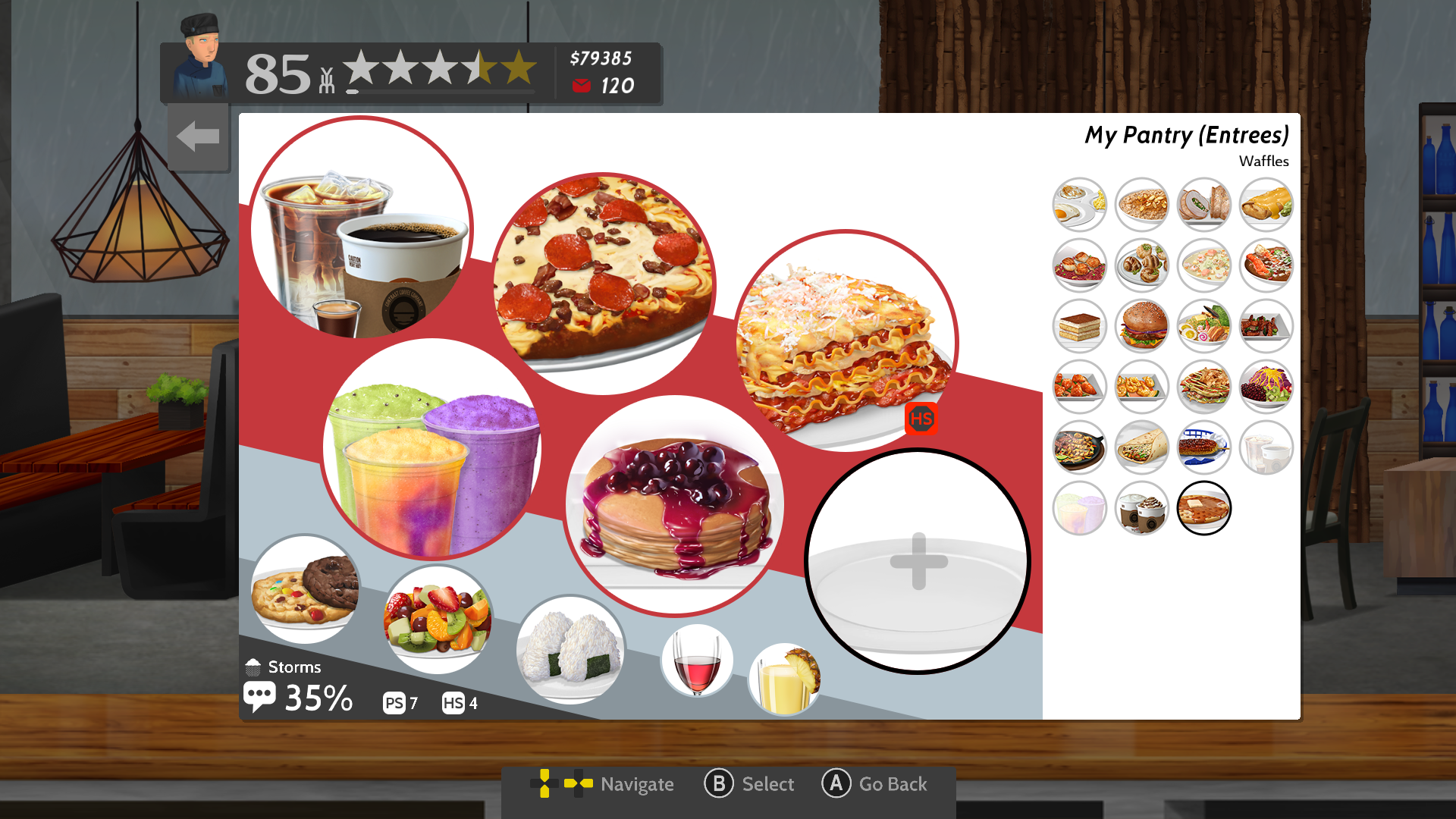 The art in this game is gorgeous! The restaurant decor is beautiful to look at, and the food looks delicious, easily making me hungry at times. Granted you don’t see it on the screen for too long, but it still visually amazing. You’ll be introduced to many varieties of international recipes, and it wouldn’t surprise me if you ended up with ideas for what to make for dinner later in the evening with how good the food looked.

There is a local co-op mode where you can team up with a friend, but at the time of this review, I was unable to test this feature. It is something I think me and the wife could easily enjoy. 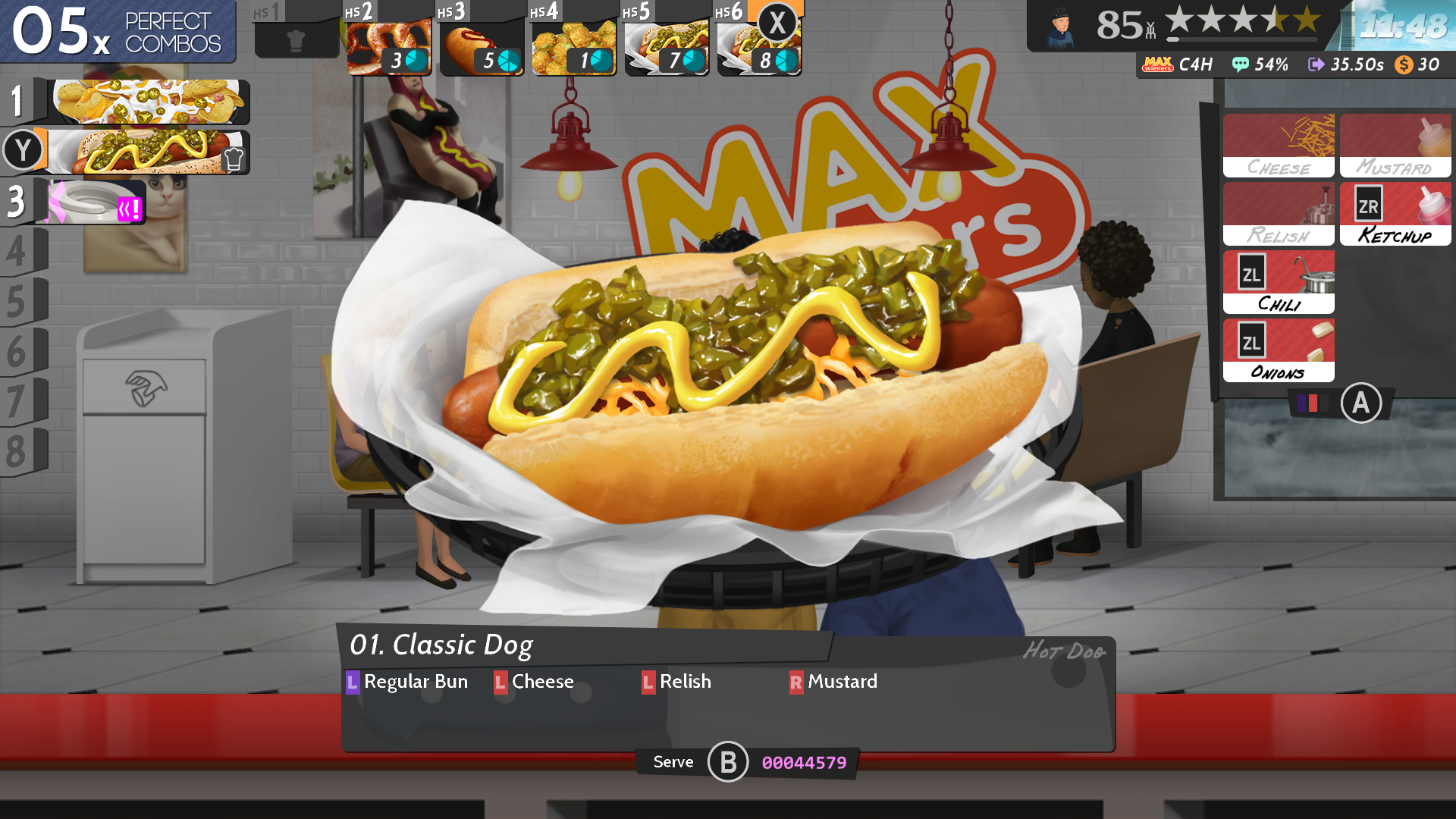 Cook, Serve, Delicious! 2!! is for anyone who’s looking to break from the monotony of shooters and looters, or even to get a feel for the restaurant industry where things can get highly hectic, and the kudos for a well-made meal could easily be looked over. At least with Cook, Serve, Delicious! 2!! you’ll always get that sense of accomplishment and satisfaction from a hard day’s work. To steal a motto from a small restaurant chain I know, I’m loving it.