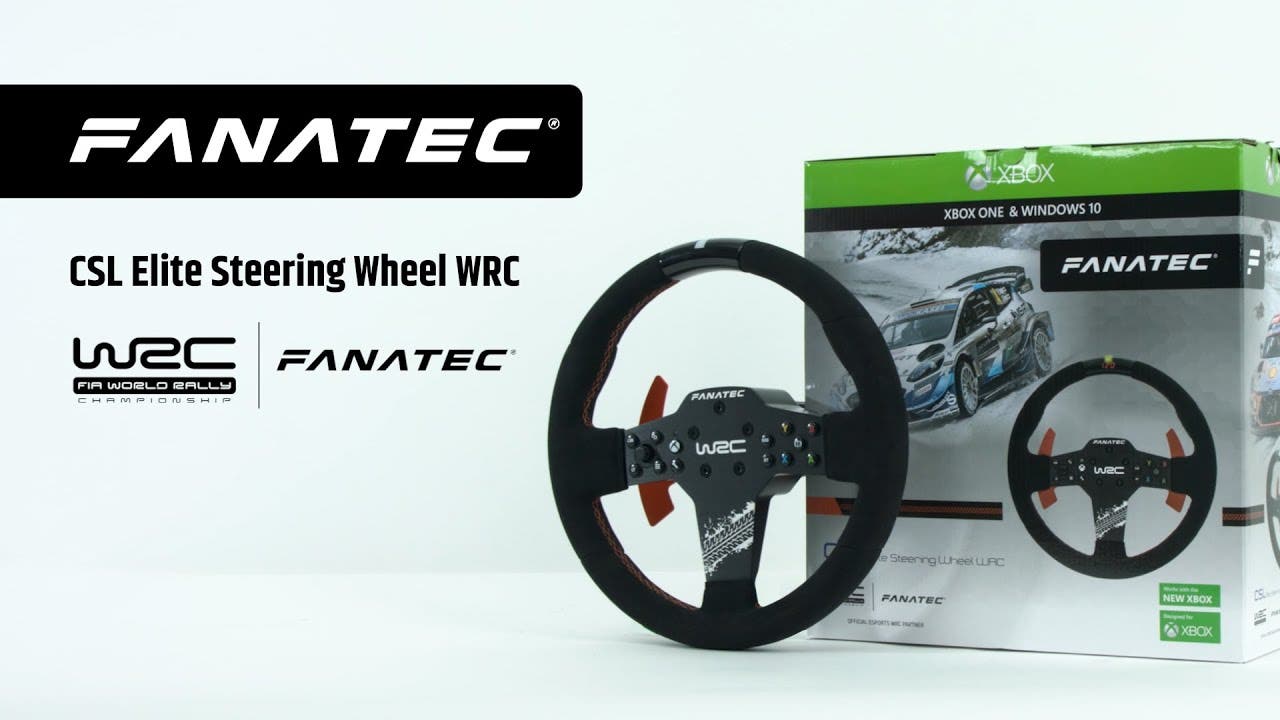 Sporting a revised internal and external design, the CSL Elite Steering Wheel WRC makes a bold visual statement with its tyre tread graphic and bright orange accents on the paddles and stitching. The 300 mm rim diameter is suitable for many vehicle types, and the lightweight construction is ideal for the quick inputs required in rally driving.

No clamping bolt required! The improved Simplified QRA clamps easily to the steering shaft by hand, without the need for tools. The new design is also removable, and can be replaced with the ClubSport Quick Release Adapter*.

The bright orange paddles can be removed, allowing clearance for the optional ClubSport Static Shifter Paddles, which can be more comfortable to use while rally driving.

By integrating the Xbox One-specific electronics into this steering wheel, your wheel system will remain compatible with the new generation of Xbox consoles (including Xbox Series X).

This product is compatible with the following wheel bases:

The CSL Elite WRC Steering Wheel is available immediately and exclusively in the Fanatec Webshop.