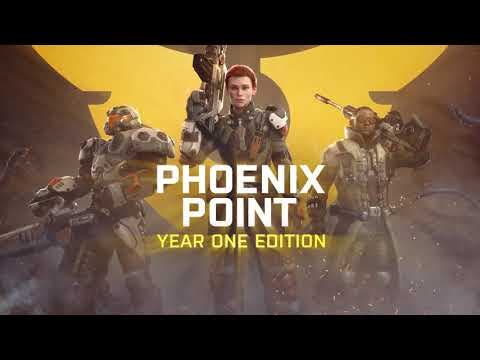 Los Angeles, CA, November 6th 2020: Phoenix Point, the turn-based strategy game from X-COM creator Julian Gollop and Snapshot Games, announced that the upcoming “Year One Edition”, which collects the game with all previously released DLC and digital extras, will now release for Windows PC and Mac on December 3rd, 2020. This is one week earlier from its previously announced date of December 10th. Phoenix Point: Year One Edition will be available from most PC digital retailers, including Steam and the Epic Games Store.

Furthermore, starting today, a brand new ARKHAM update is available to existing players for free containing a wealth of improvements and enhancements.

Snapshot Games Head of Marketing, Eric Neigher said: “We know a lot of fans have been eagerly waiting for Year One Edition since we announced it earlier this year, and that’s why we are extremely pleased to be able to bring it to them a week earlier than we had planned.”

Phoenix Point: Year One Edition includes all previously released content: 3 DLC Packs (“Blood & Titanium”, “Legacy of the Ancients”, and the “Living Weapons Pack”) and a slew of updates, upgrades, fixes, and new content suggested by the community.

“Year One Edition is the best, most complete version of Phoenix Point yet released, and we’re excited for players to dive into new campaigns with new challenges.” said Julian Gollop, CEO of Snapshot Games and Lead Designer for Phoenix Point. “The team has worked extremely hard to get Year One Edition ready to go, and we know players are going to appreciate that hard work when they play the game.”

The new ARKHAM update includes user interface improvements to the game both in tactical combat and on the Geoscape, in addition to a new End Screens, showing player stats through the entire campaign and a Memorial service record for fallen soldiers, which highlights their achievements. Other improvements include an optimized controller layout for easier, more comfortable play and a host of game balance tweaks, performance optimizations, and other enhancements.