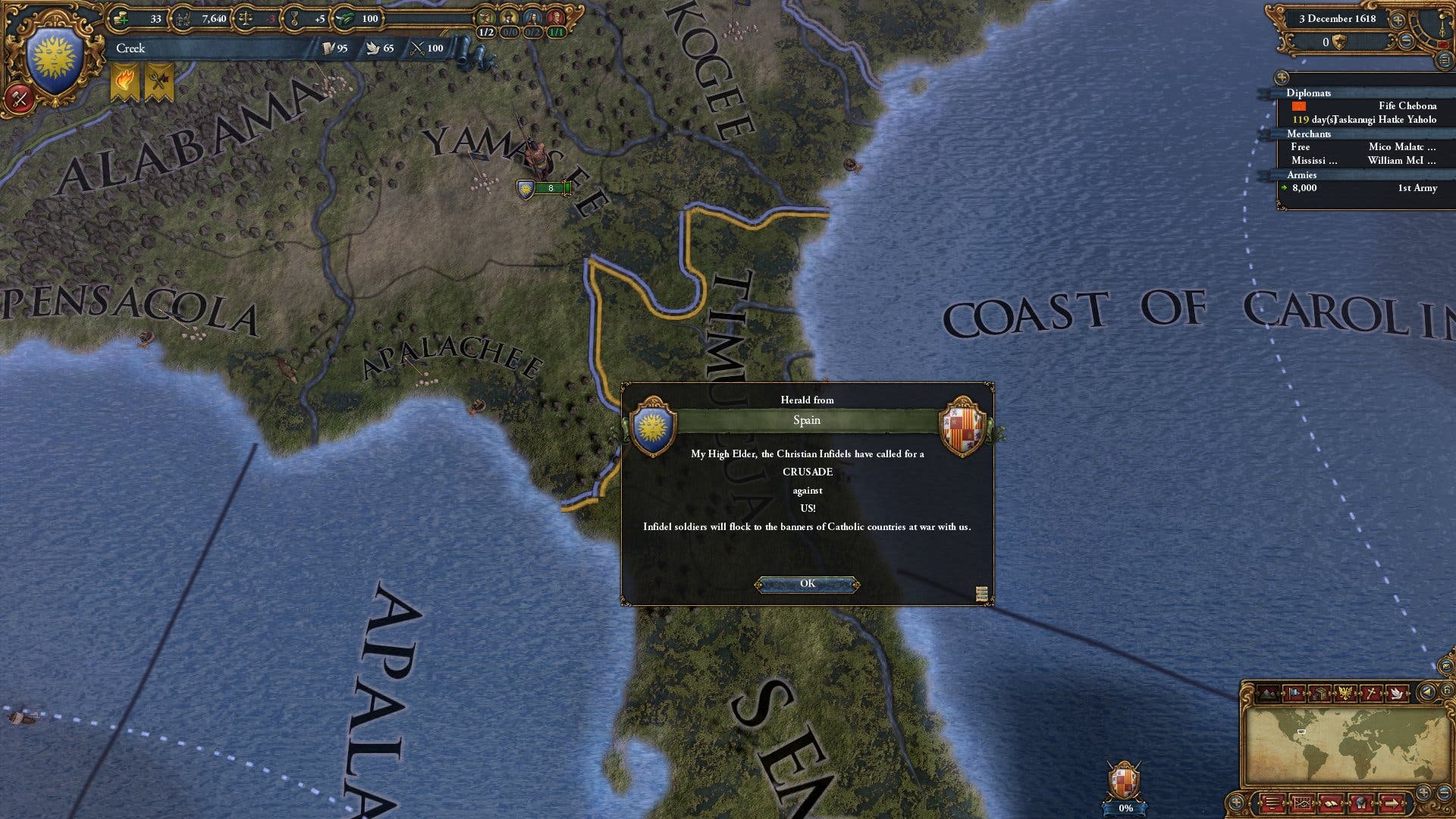 By Scott Ellison II (@Hawk_SE)
Lights Off
4 Awesome
Retails for: $14.99
We Recommend: $11.99
Review of: Europa Universalis IV: Conquest of Paradise

Europa Universalis IV’s latest DLC, Conquest of Paradise mixes up the core gameplay by injecting some randomization that gives an ahistorical premise to the world. The expansion focuses less on Europe, and more on the expansion to the West. The New World gives more to do in an already busy game. This of course is one of the up-front problems of Conquest of Paradise, the game can stray from the history books from the get-go. This is whether you have random terrain, or take a nation not known for discovering new lands into being the first to discover America before Columbus could do so in 1492. Though not far off from how the base game works, those looking to maintain historical accuracy are free to do so, but becomes increasingly difficult to maintain.

It’s entertaining to watch the inner turmoil come from nations wanting to splinter off and become into its own and colonize the Americas. Rather than spanning the world, you end up just watching yourself as things get more and more chaotic.

You now must be concerned with attrition for your ships as they embark for their cross-Atlantic journey. Provide them too little and everyone will die off and you’ll lose a lot of resources in the process. Or watch your cash-flow dwindle as you invest on exploring the unknown. Previously, playing the Native Americans was a guaranteed dead end, and now, are given a fighting chance thanks to a major overhaul in their design and there are now open paths for growth and prosperity.

Whether you buy this or not, a patch released at the same time makes it so Colonial Nations are now formed if you own more than 5 provinces in the same colonial region in the New World. Purchasing this expansion though, gives the ability to play as those new nations. There’s always something to do in Europa Universalis IV. If you’re looking for more variety like playing as America if it were an archipelago, or simply wanting to focus more on exploration and forming new nations, then Conquest of Paradise is an absolute dream. It has some quirks and bugs that are easy to get over. The world is a whole lot bigger now, ready for the conquering. Veterans of the game